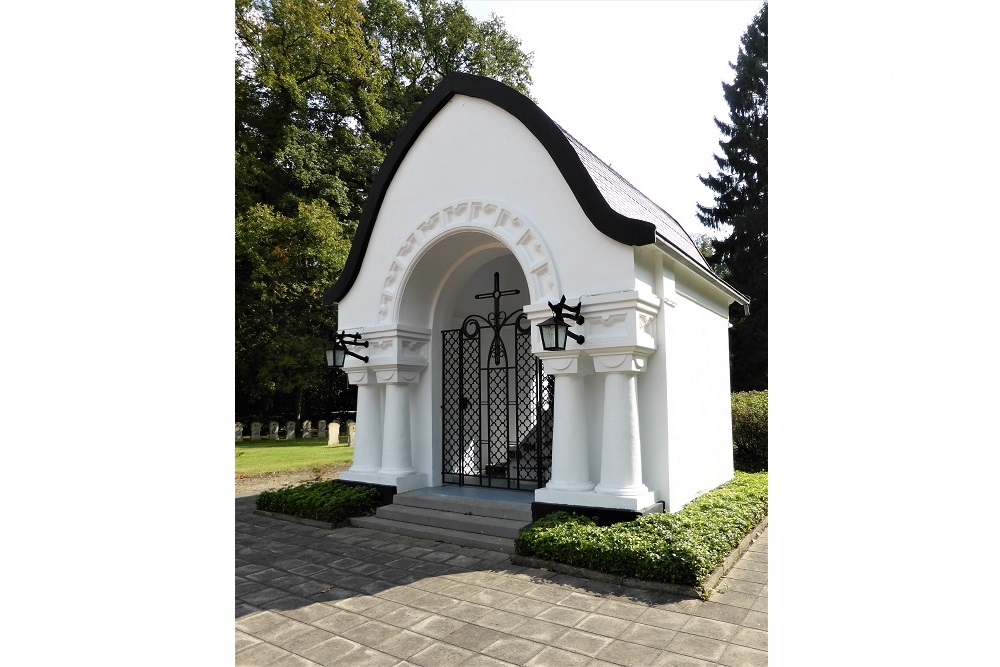 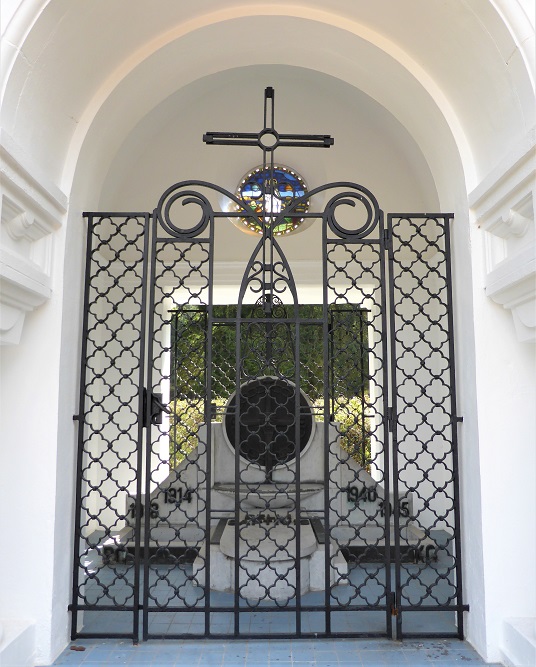 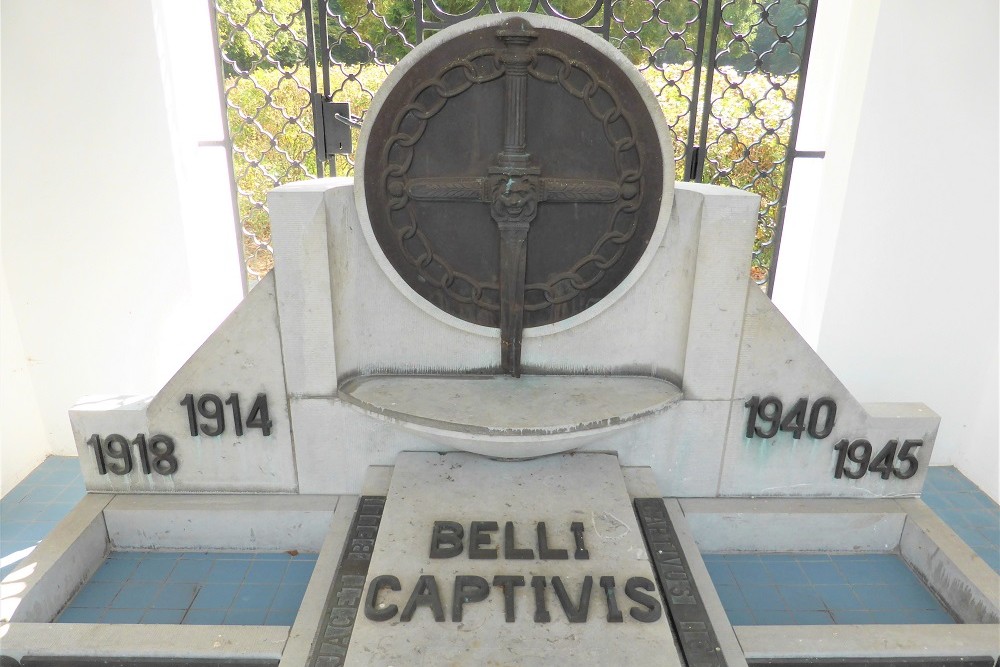 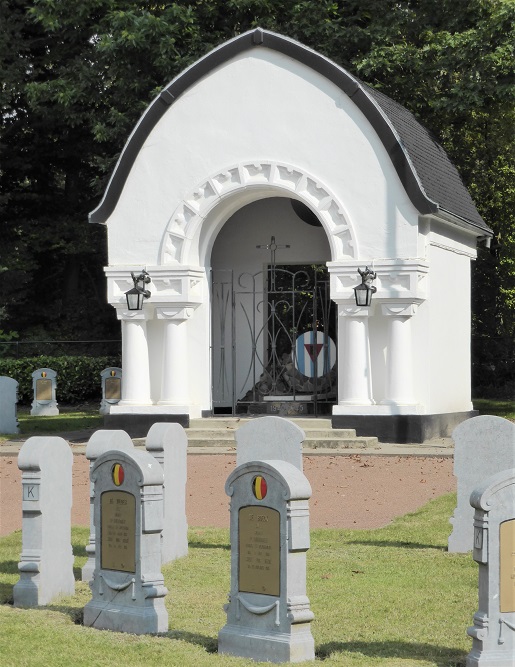 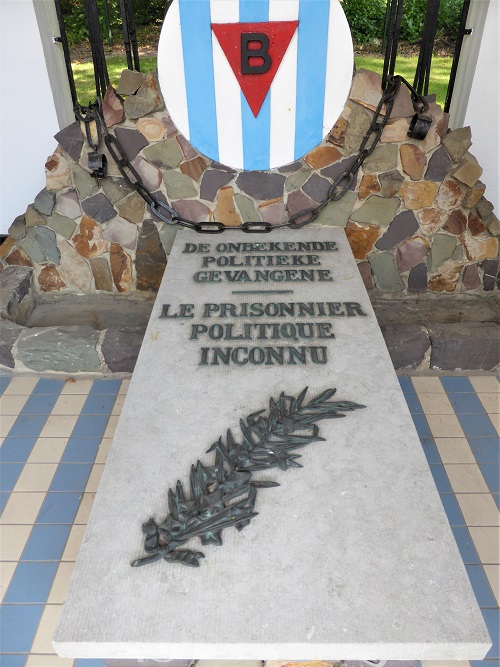 The Belgian cemetery consists of a number of fields of honor with a total of 1312 graves, but the most important architectural element is the old German memorial chapel, which was adapted in the late 1940s as a memorial chapel for the prisoners of war who died from both world wars.
Instead of "Den bis in den Tod Getreuen" it now reads: "hic jacet belli captivus Ignotus / unknown KG / 1914 1918 - 1940 1945".
Inside, two authentic elements of the German chapel were also reused: a bronze shield with sword and a painted glass depicting the blessing Christ and the apostles Peter and Paul.

During the expansion in the 1940s, a second chapel was added to the east of the World War I cemetery as a copy of the renovated German chapel.
The second memorial chapel commemorates the political prisoners of the Second World War.