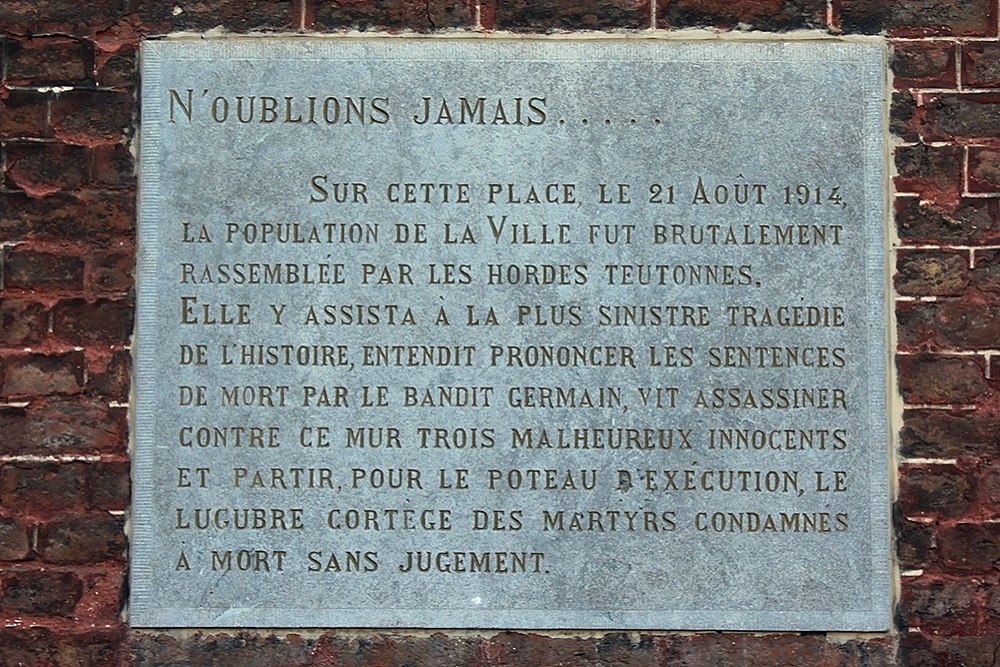 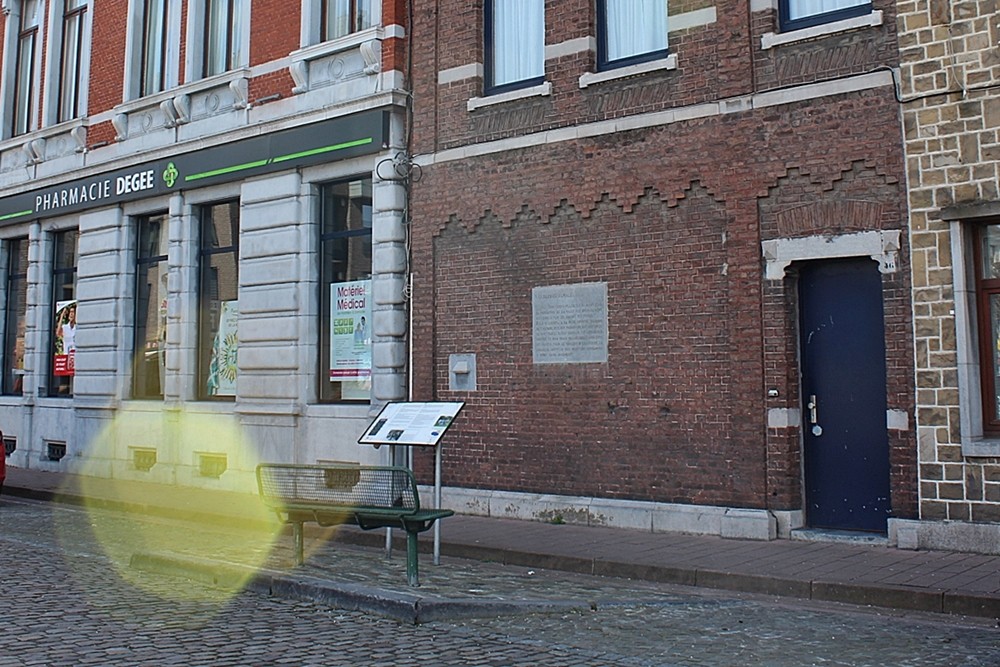 The facts
On August 19, 1914, around 3:00 pm, the German troops reached the town of Andenne. That morning the Belgian engineer had jumped the bridge over the Maas. This prevented the Germans from capturing the fortress of Namur via the northern bank. Pioneers were immediately deployed to build a wooden temporary bridge. Initially the atmosphere between the population and soldiers was peaceful, but gradually the German soldiers became more aggressive and looting took place.
The next day, on August 20, the Germans accused the inhabitants of firing at the troops. Some houses were set on fire, but the detained civilians were acquitted. In the afternoon the temporary bridge was completed and the German troops crossed the Meuse.
And then disaster struck. The bells of the collegiate church were rung and this was mistakenly interpreted by the Germans as an agreed-upon sign of the so-called freemen. Some shoes fell. Panic grew and the situation became extremely confusing. German guns shelled the city. About 25 civilians were killed in this chaos.
Early in the morning of August 21, German soldiers entered the houses and chased men, women and children into the streets. Even now residents were cruelly shot or with the bayonet through-board. Eight hundred citizens were gathered at the Place des Tilleuls. The men and women were separated from each other and a separate group was taken from the men. They were sentenced to death without trial. In revenge for the death of a German non-commissioned officer, three prisoners were put against a wall and immediately shot. The hostages were chased to the Maas bank. The men sentenced to death were lined up on the Quai Pastor and over two hundred were shot coldly. After the massacre, forty residents were required to also collect the dead from the city and bury them in two enormous burial pits on the quayside.

About the monument
This memorial plaque was unveiled in 1920 at the initiative of the Comité du Souvenir. The tone of the text resonates with the accusatory feelings against the German usurper:
"Never forget that on August 21, 1914, the inhabitants of the city were brutally gathered together by the Teutonic hordes. During this very sinister tragedy, the Germanic bandit sentenced to death. Against this wall, three unfortunate innocents were murdered and a lurid procession of martyrs went to the execution pole without due process ... "
Source:
Axel Tixhon & Mark Derez (ed.), Martyrs Cities. Belgium, August-September 1914: Visé, Aarschot, Andenne, Tamines, Dinant, Leuven, Dendermonde, Presses Universitaires de Namur, Namur, 2014