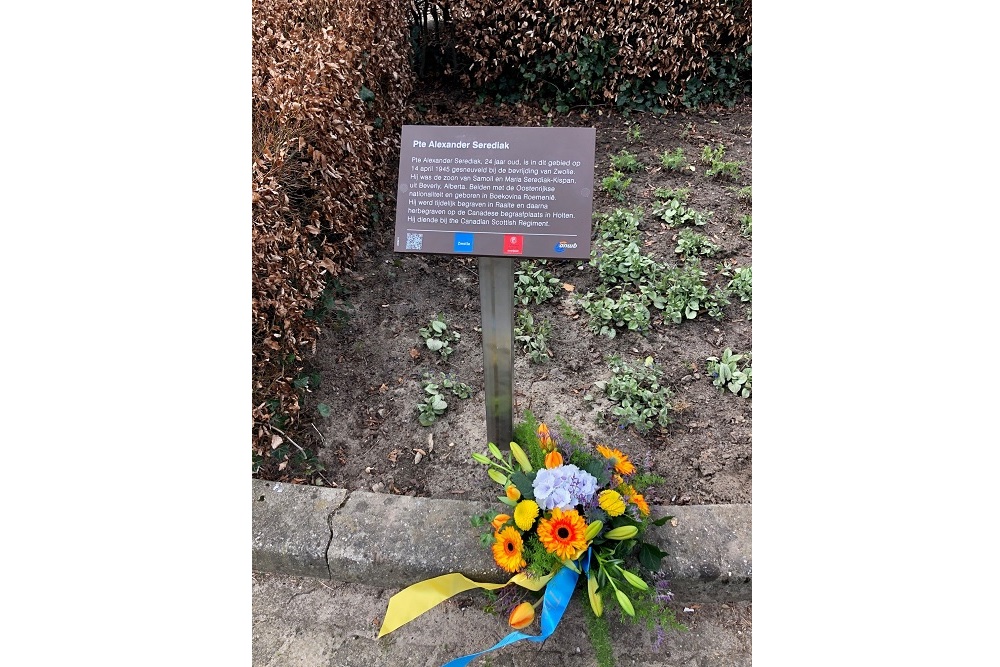 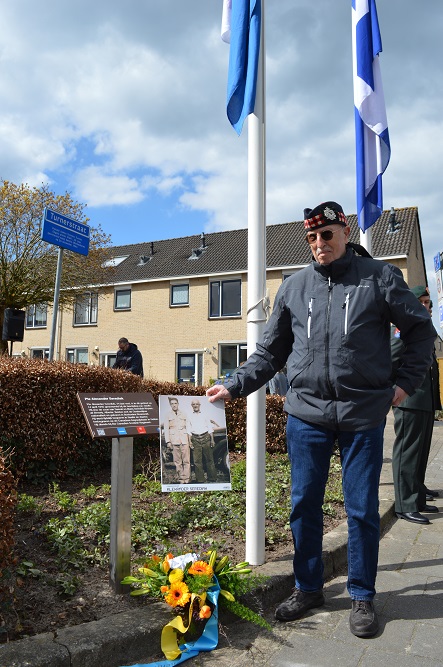 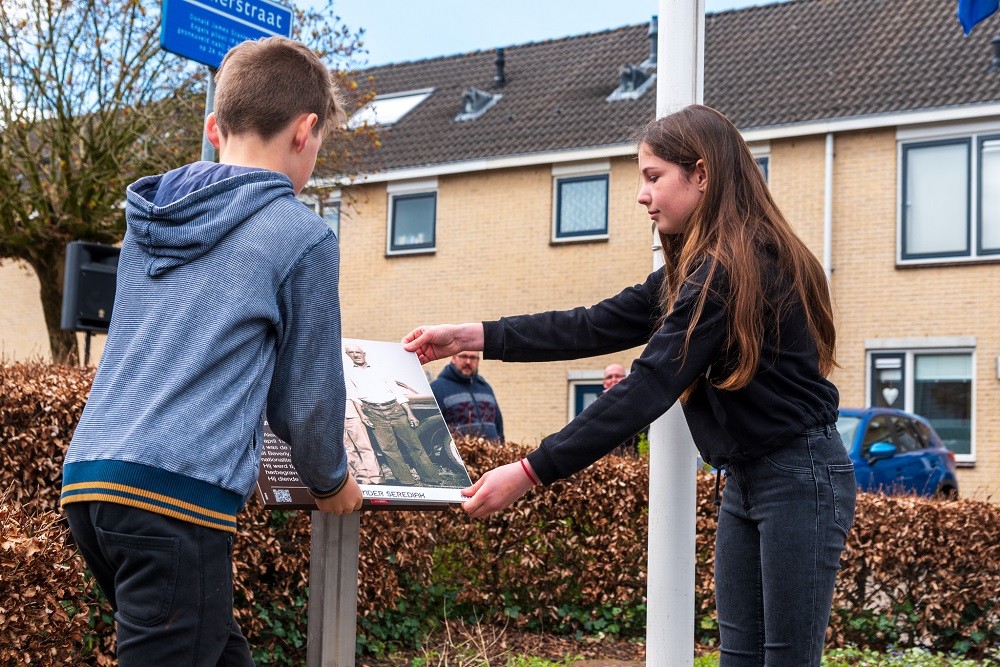 Pte Alexander Serediak age 24 was killed in action on April 14 1945 in this area here during the battle of the liberation of Zwolle. He was the son of Samoil and Maria Serediak-Kispan, of Beverly, Alberta. Both had the Austrian nationality en were born in Boekovina Romania. He was temporarily buried in Raalte and he was afterwards reburied at the Canadian Cemetery in Holten.

He served with the Canadian Scottish Regiment.