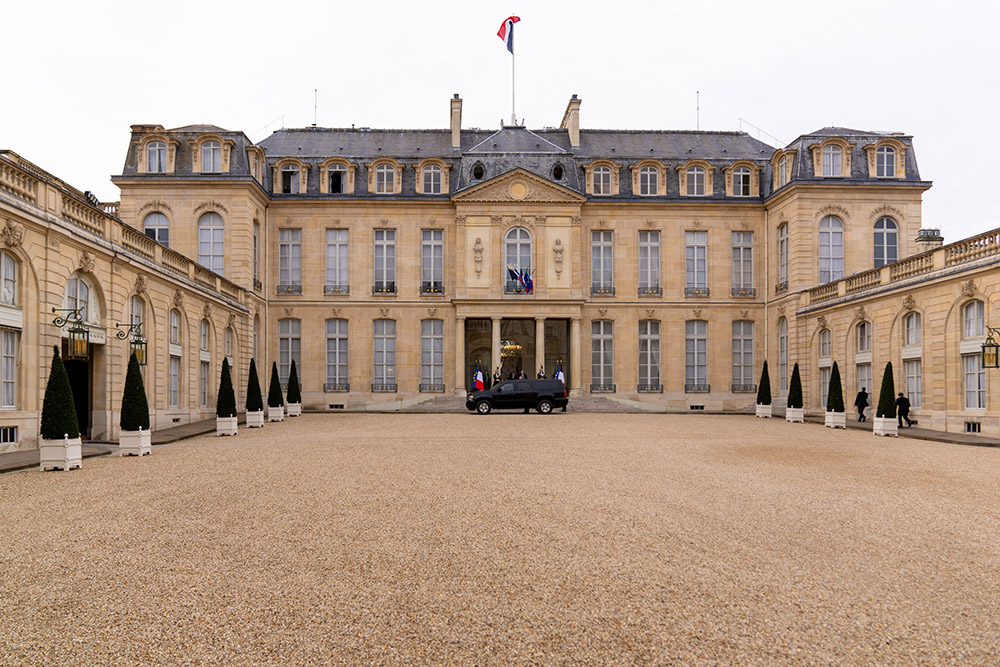 The Élysée Palace is the official residence of the President of the French Republic since 1848.

World War II timeline
10 June 1940: The palace hosts the last Council of Ministers in Paris in the history of the III e Republic, after which the government fled Paris.
14 June 1940: At 5.35 a.m., the Germans hoisted their red and black swastika flag on the roof.
15 - 18 June 1940: It served as a prison camp for French soldiers and Senegalese skirmishers who defended Paris.
1940-1946: Abandoned.
24 August 1944: Republican Guards entered the palace during the Liberation of Paris.