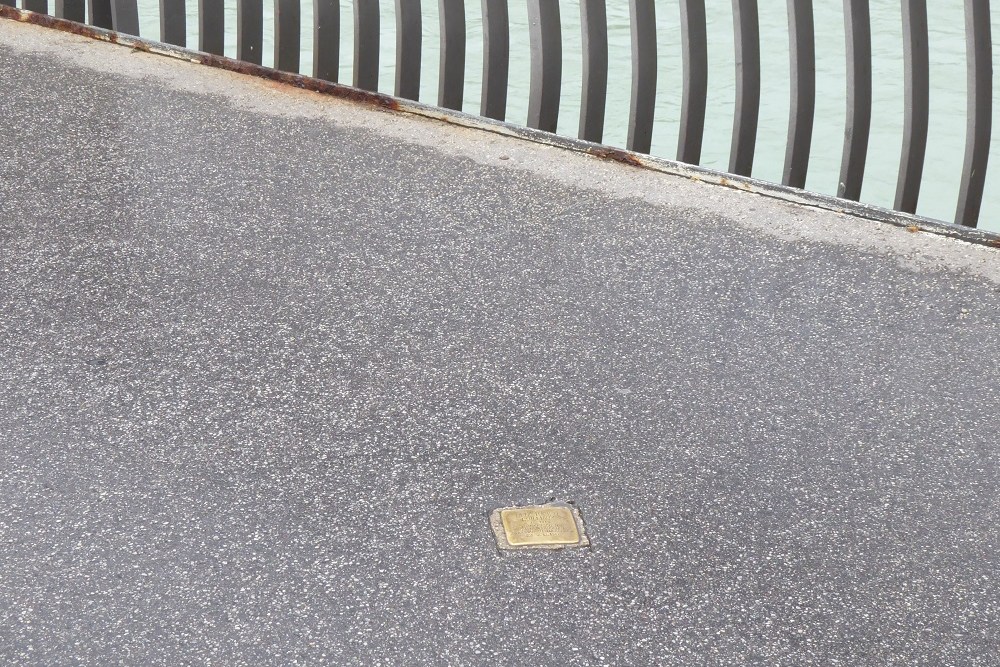 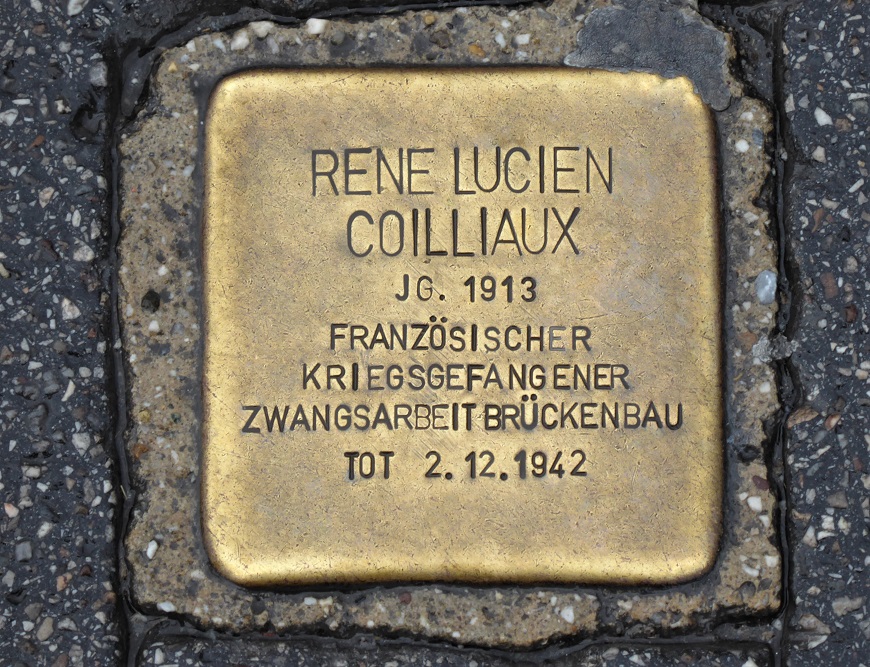 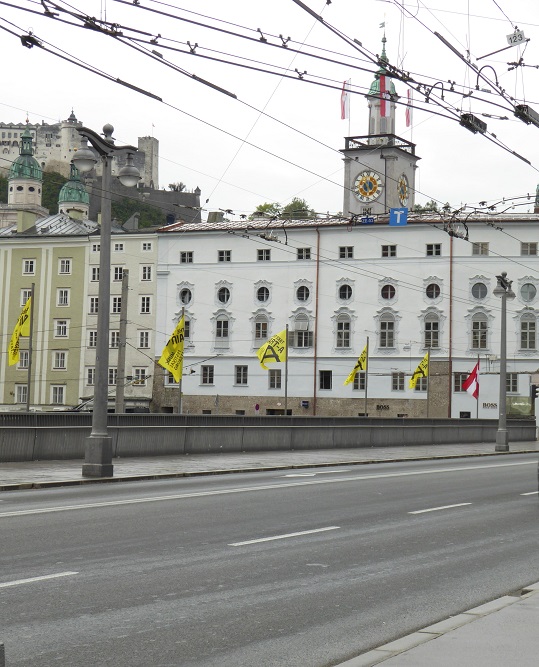 These memorial stone (so called Stolperstein of stumbling block) commemorates:
René Lucien COILLIAUX
French prisoner of war who worked as a forced laborer on the Staatsbrug.


The small brass plaques, in the pavement in front of houses of which the (mostly Jewish) residents were murdered by the Nazis, mention the name, date of birth and place (mostly a concentration camp) and date of death.