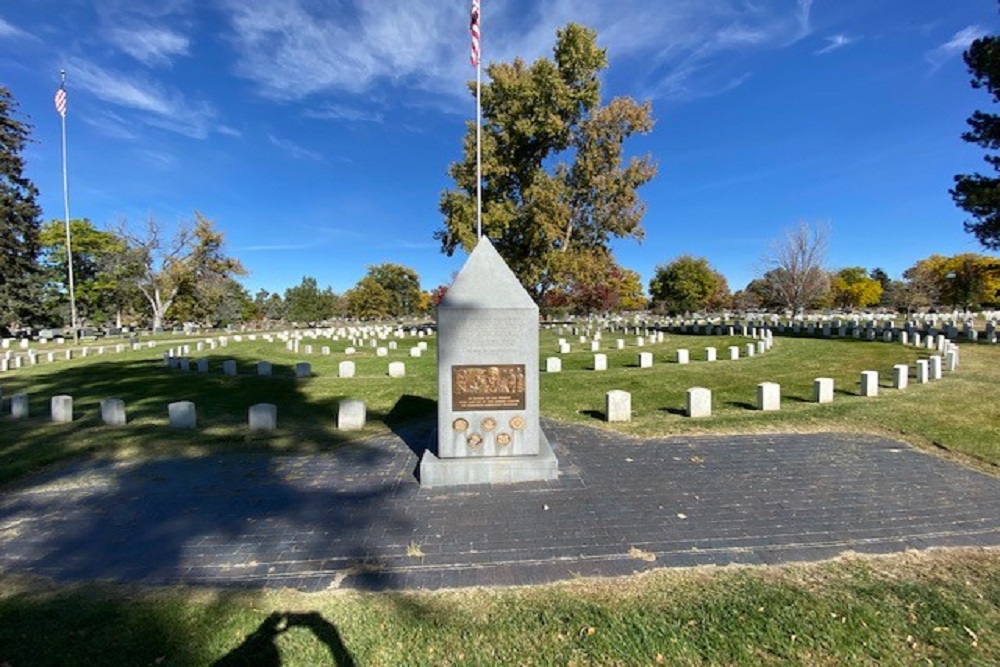 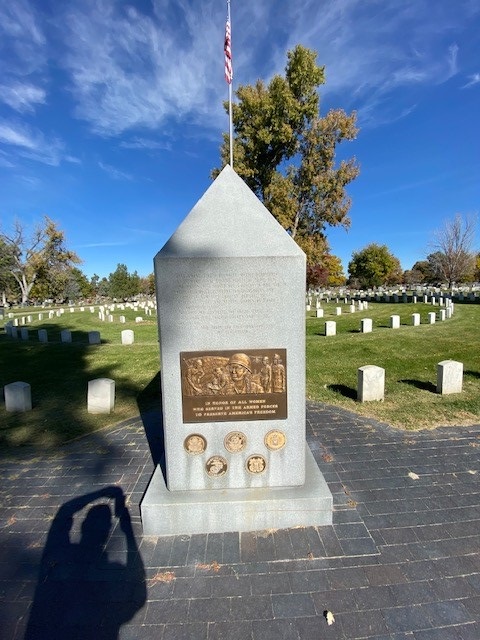 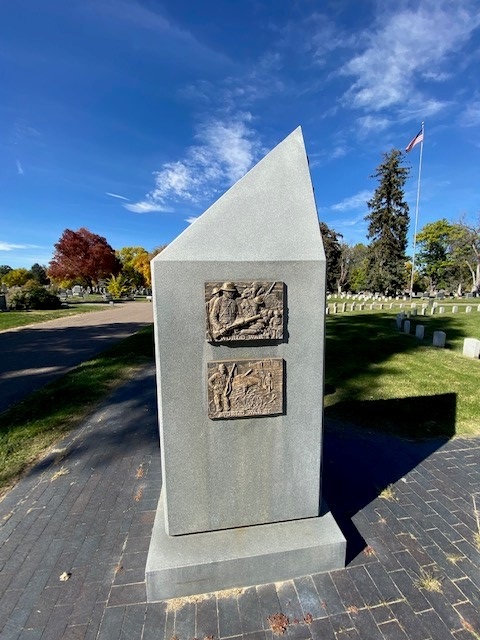 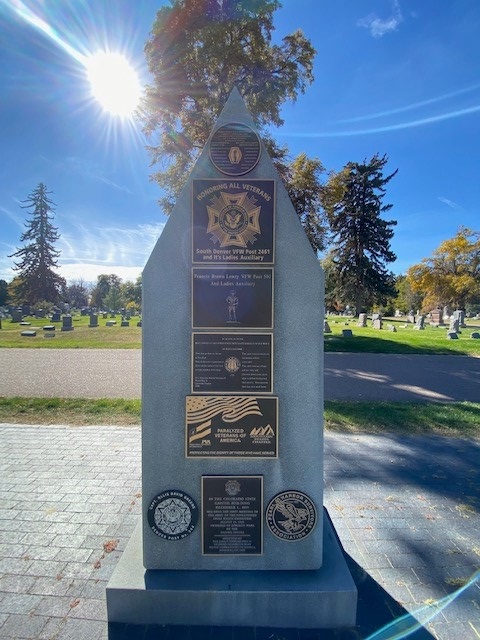 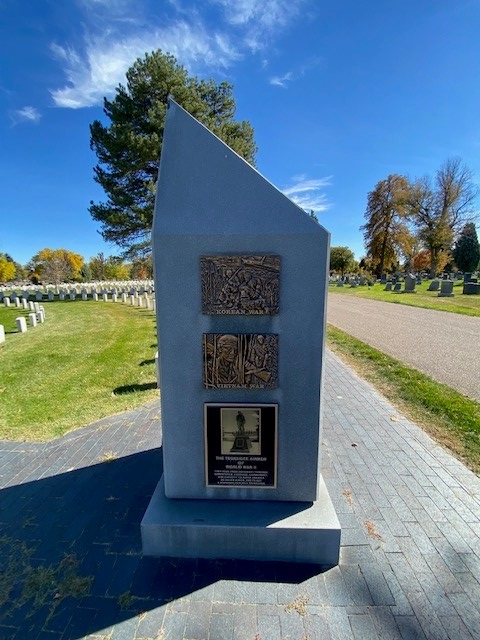 In the Fairmount Cemetery is a memorial that commemorates American veterans of all wars and where around also Veterans are buried.

This memorial also commemorates the Women that served in the US Forces with a plaque stating:
In honor of all women who served in the armed forces to preserve Americas freedom

On the monument it says:
Here among scores of white marble headstones which mark the final resting places of brave men and women who served our Country in war and in peace. Assembled veterans, family members and Fairmount Cemetery Company dedicate this veterans plaza and nearby garden of honor on November 11, 1998.

Together we celebrate the proud service of those who have insured liberty and justice for all.

Let it be said today and each tomorrow that ...we remember.

The monument has furthermore plaques of scenes from WWI, WWII, Korean and Vietnam also well a plaque that commemorates the Tuskegee Airman of WWII.

On the Tuskegee Airman it says:
They rose from adversity through competence, courage, commitment and capacity to serve America on silver wings and to set a standard few will transcend.

Another plaque is dedicated to the Merchant Marines which says:
In Honor of those who served in the United States Merchant Marines during World War in Peace and War
They that go down to the sea in the ships. That do business in the great waters, these see the works of the Lord and the wonders of the deep. They came from our mountains, our prairies and our ocean sides. They came from our villages and our cities, and they went down to the sea in ships to defend freedom and their country. They exercised their duty with much honor.
U.S. Merchant Marine Veterans of World War II Colorado Chapter, 1999

Another plaque reads:
In the Colorado State Capitol Building December 1, 1899
Was held the first meeting of the Army of the Phillippines [sic] from which emanated August 13, 1913 Veterans of the Foreign Wars of the United States

Dedicated by the John S. Stewart Post #1 Veterans of Foreign Wars of the United states of America Memorial Day 2000

At the top of the rear of the monument is a plaque that reads:
"Go For Broke" (Shoot the Works) Motto of the 442nd Regiment
During WWII and the Korean Conflict, over 33,000 Nisei (Japanese Americans) served in the U.S. Forces. 860 were killed in action.
100/442 Regimental Combat Team
America's Most Decorated for size of unit and length of service. 7 Presidential Unit and 18,143 individual citations, fighting in Italy and France.