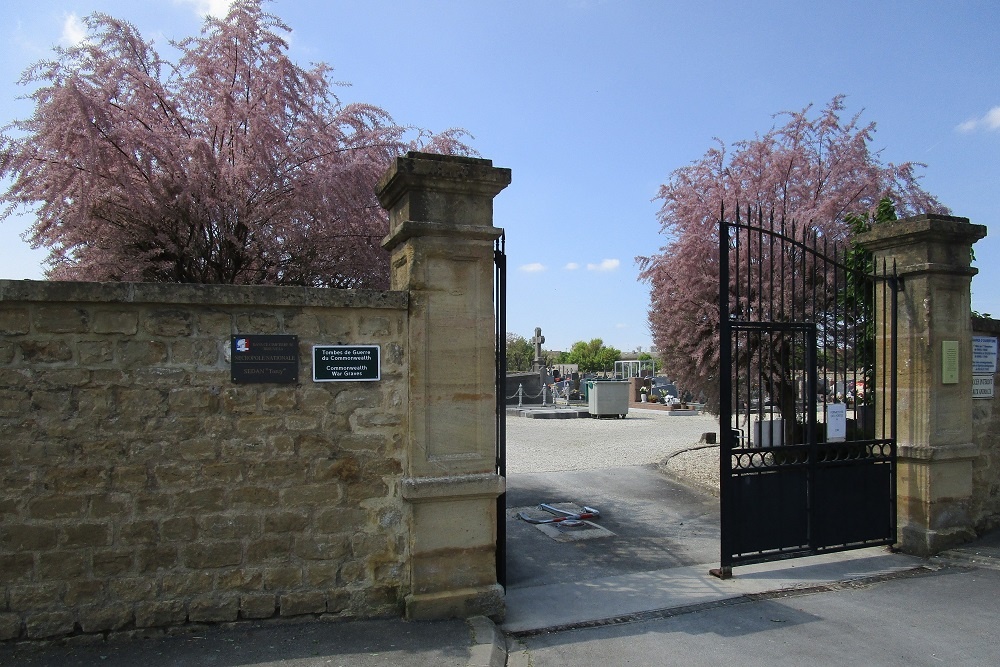 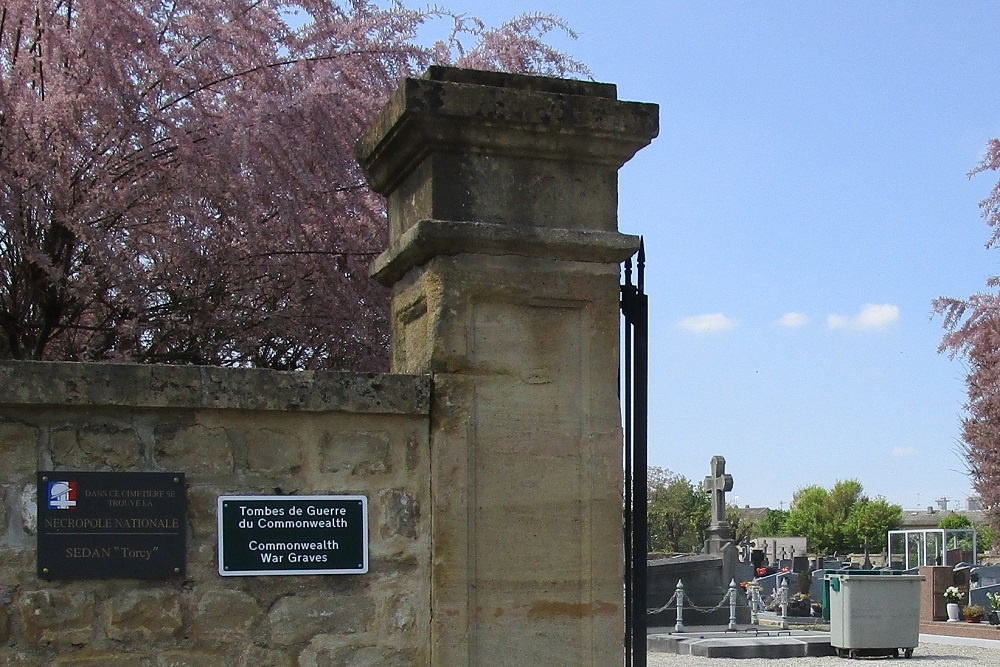 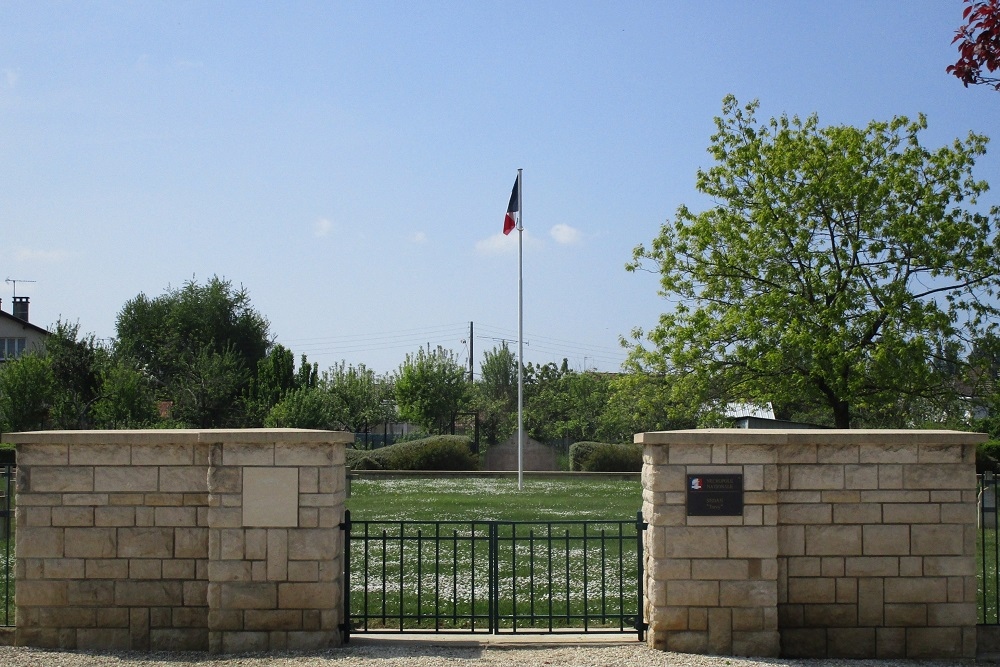 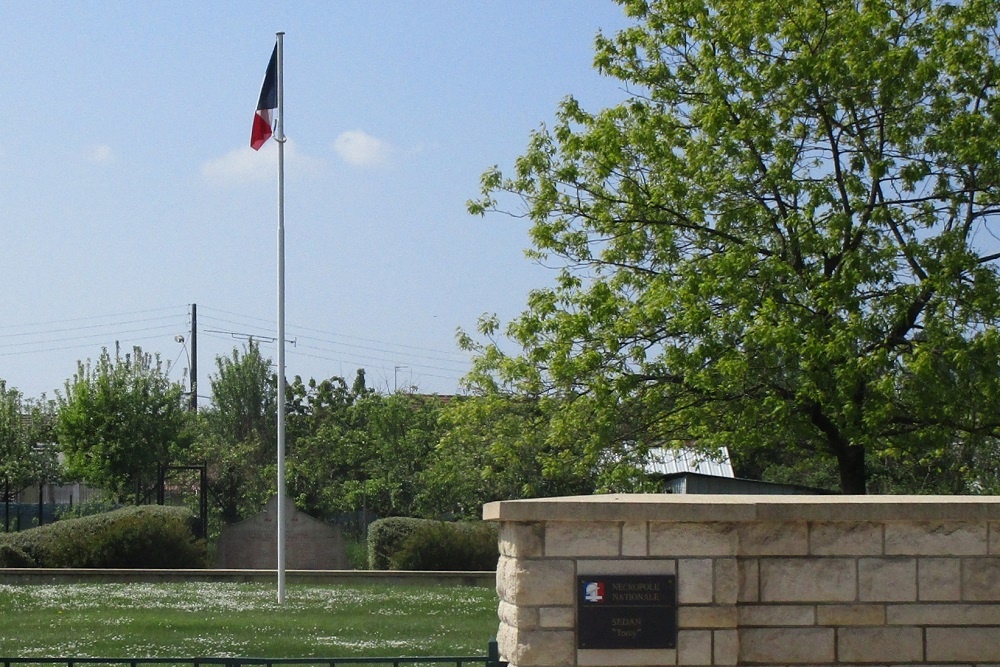 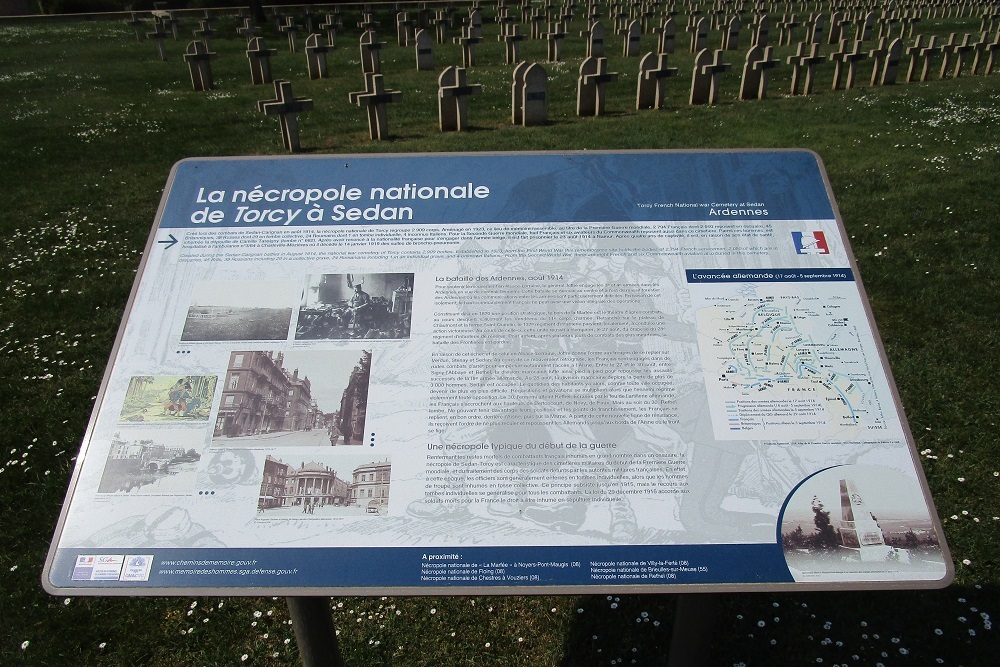 On this necropolis is a monument to unknown soldiers from different countries.

The necropolis is separated from the general cemetery by a railing with a gate.

The information board at the cemetery reads:

(translated)
The national necropolis of Torcy, created during the battles of Sedan-Carignan in August 1914, contains 2909 bodies. Built in 1923, this place of remembrance brings together 2,794 French during the First World War, including 2050 lying in the ossuary, 45 British, 38 Russians of which 29 in a collective grave, 24 Romanians of which 1 in an individual grave, 4 unknown Italians.
Eight French and six Commonwealth airmen are also buried in this cemetery, victims of the Second World War.

A typical early war necropolis
Formerly the remains of French fighters buried in large numbers in an ossuary, the Necropolis of Sedan-Torcy is typical of the military cemeteries of the beginning of the First World War worldwide, and the treatment of the bodies of deceased soldiers by the French military authorities. At that time, officers were generally buried in individual graves, while enlisted men were buried in a collective grave. This principle lasted until 1915, but the use of individual graves is generalized to all combatants. The law of December 29, 1915 grants soldiers who died for France the right to be buried in individual graves. 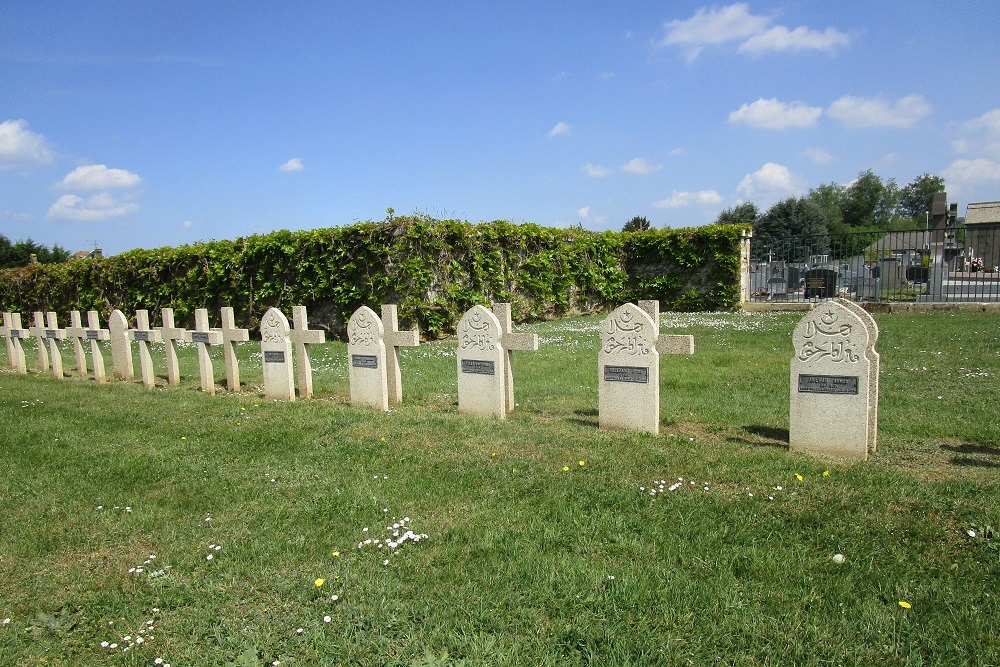 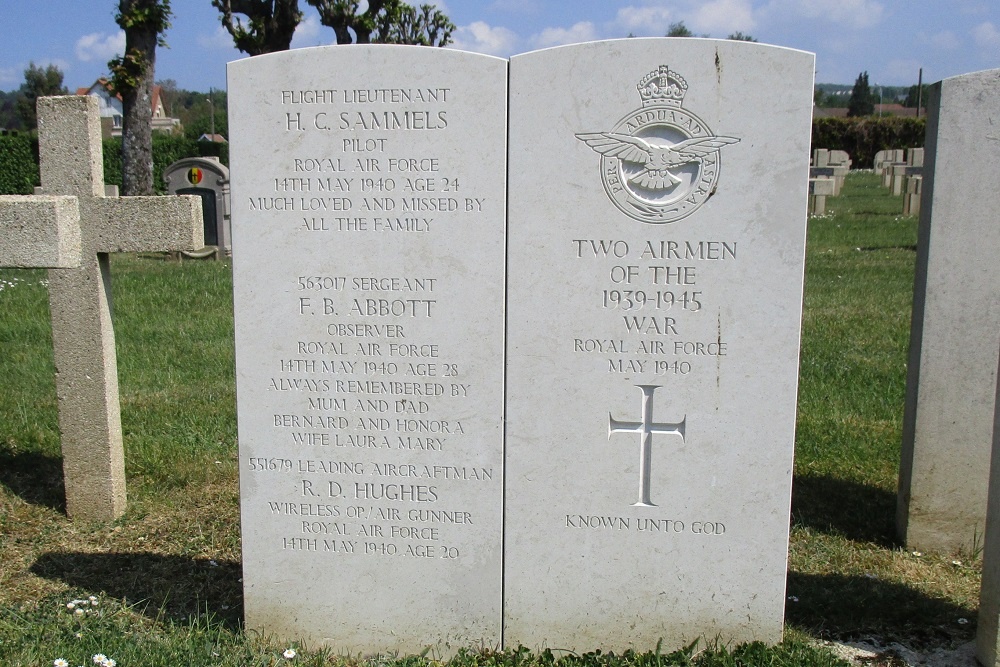 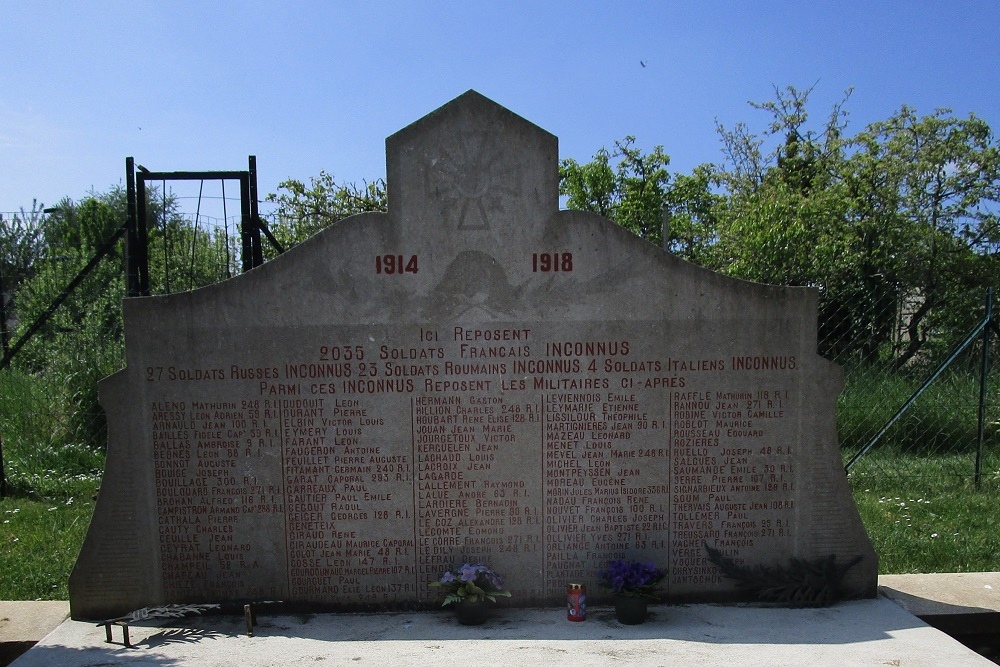 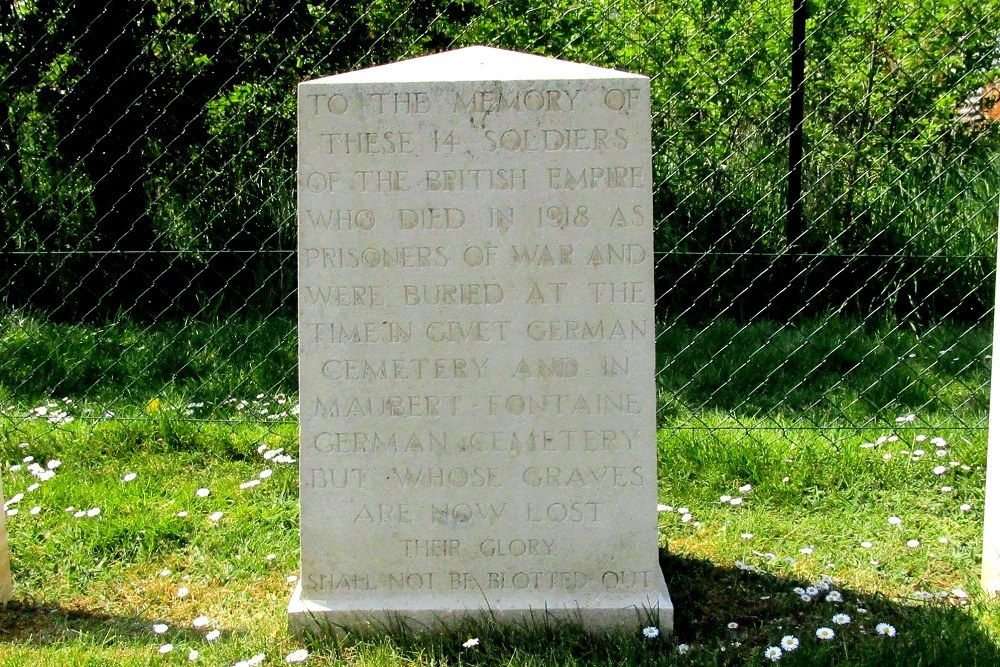