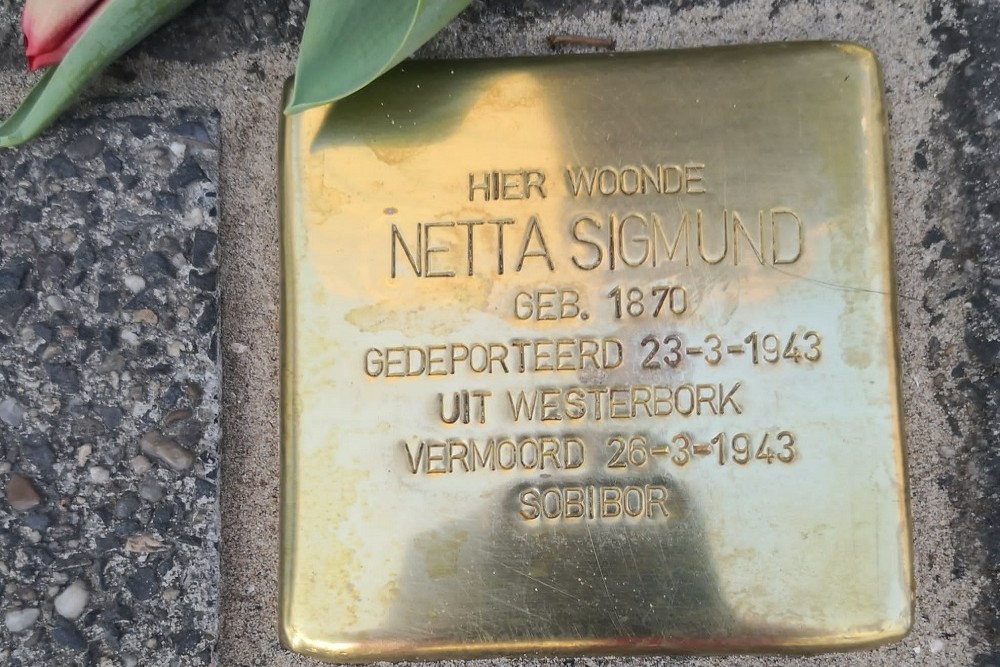 On April 14, 2022, a stumbling stone was placed here for Netta Sigmund.
Netta Sigmund fled the Nazis from Germany to the Netherlands on January 7, 1939, together with her son Ernst Sigmund and his family. She first lived with them in Bloemendaal. Ernst Sigmund had a trade in wooden toys. In 1940 she moved to 24 Weteringstraat in Haarlem. Later son Ernst moved to Bussum and she spent some time with him there again. On his way to a new hiding place he was arrested there on 28 September 1942 and deported to Auschwitz where he was murdered on 30 September 1942. Netta then went back to Haarlem.