Commemorative Plaque for the Deportation 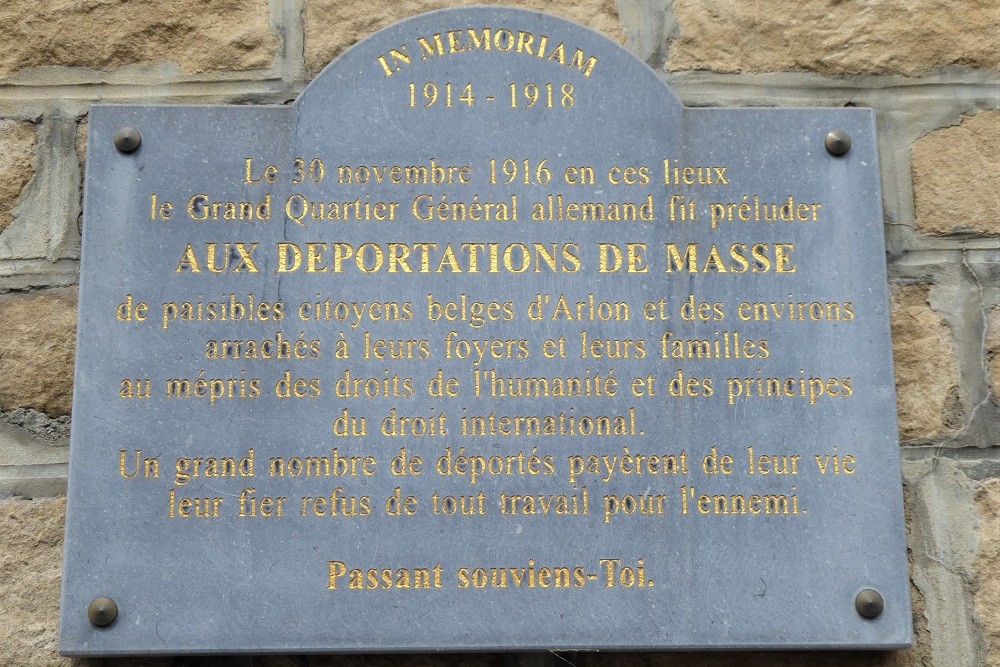 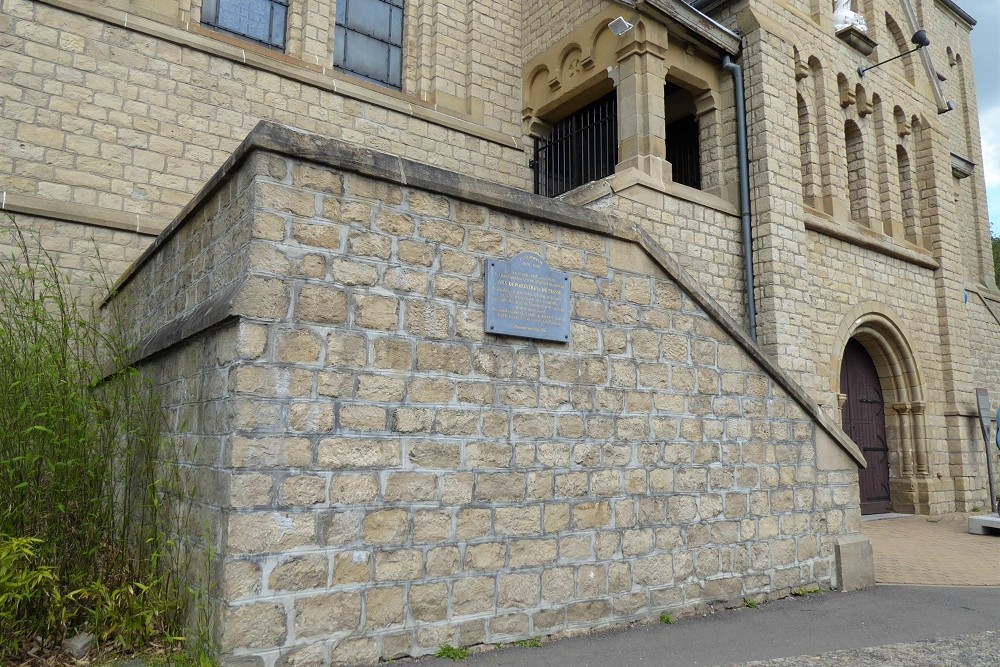 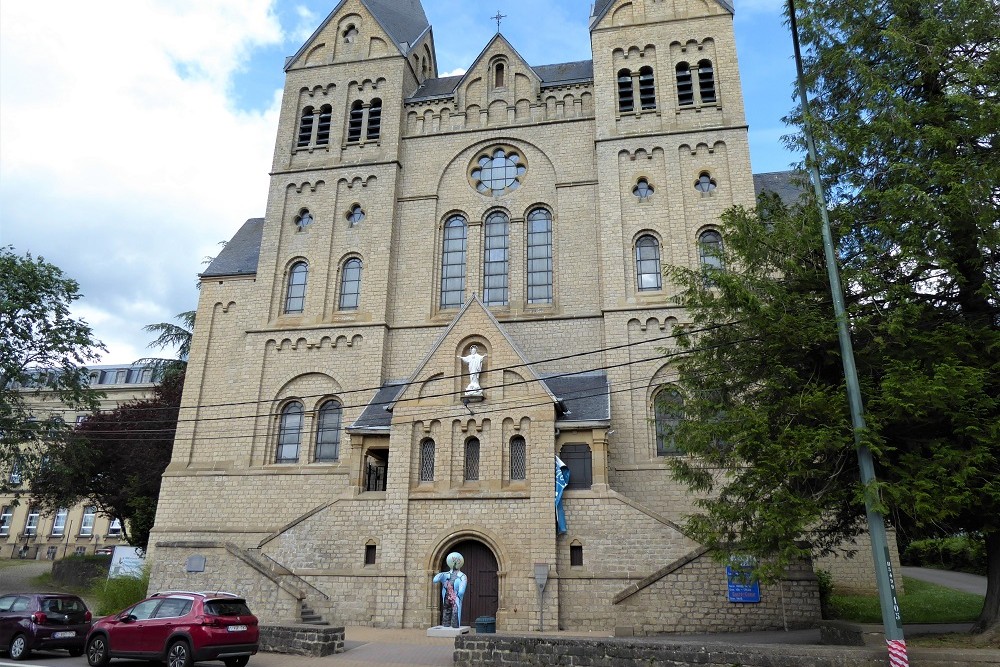 The German occupier decided, despite international conventions, to take workers from Belgium to work in German factories.
Large posters were hung in the city : all residents of Arlon and the surrounding villages, aged 17 to 55, were summoned to the novitiate of the Jesuit Fathers to undergo a medical examination to determine their suitability for compulsory work in the Ruhr industrial area in Germany.
On November 30, 1916, about 400 people were designated and transferred to the Wagner Mill before being put on a special train to the Guben camp (Brandenburg).

A plaque commemorating these deportees hangs on the facade of the Sacré Coeur, formerly a church of the Jesuit order.

"IN MEMORIAM
1914-1918
On the 30th of November 1916 this place was,
the large German headquarters, the harbinger of the mass deportations of peaceful Belgian citizens of Arlon and the surrounding area, uprooted from their homes and families, in violation of human rights and the principles of international law.
A large number of deportees paid with their lives
for their proud refusal to work for the enemy."