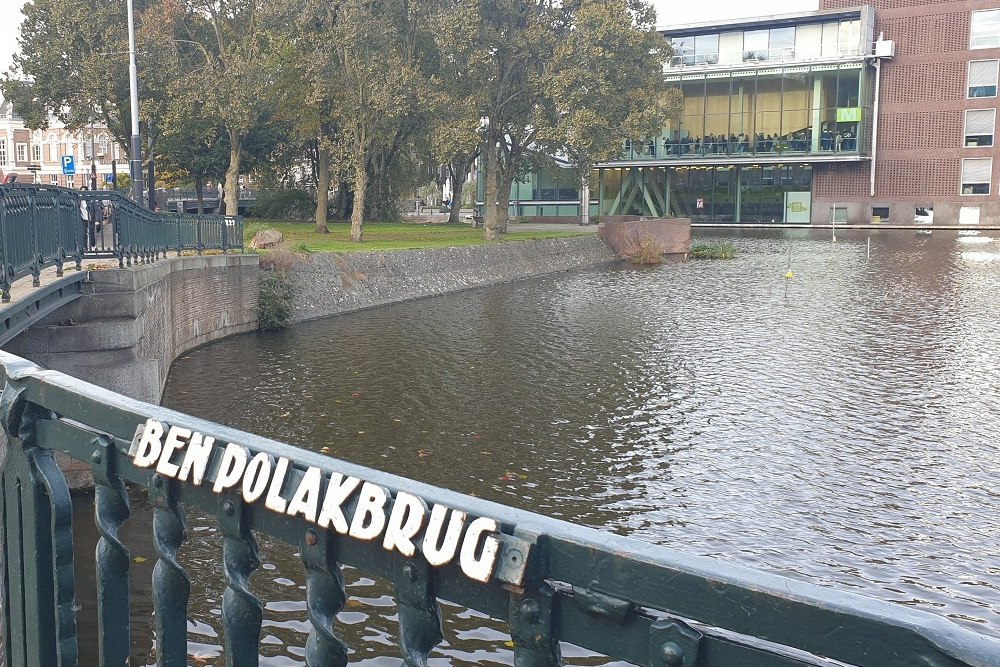 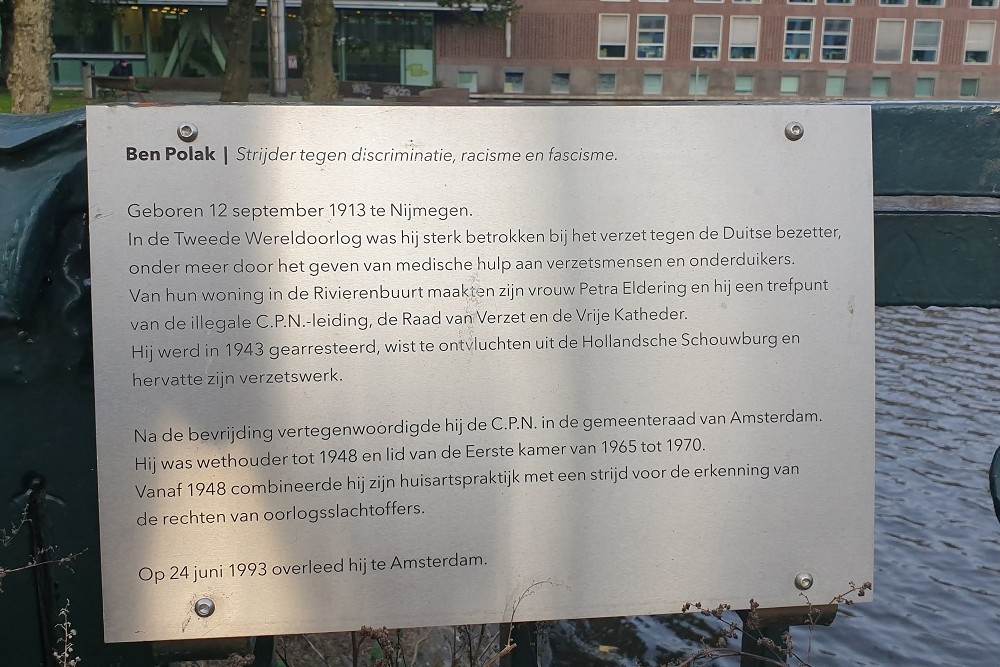 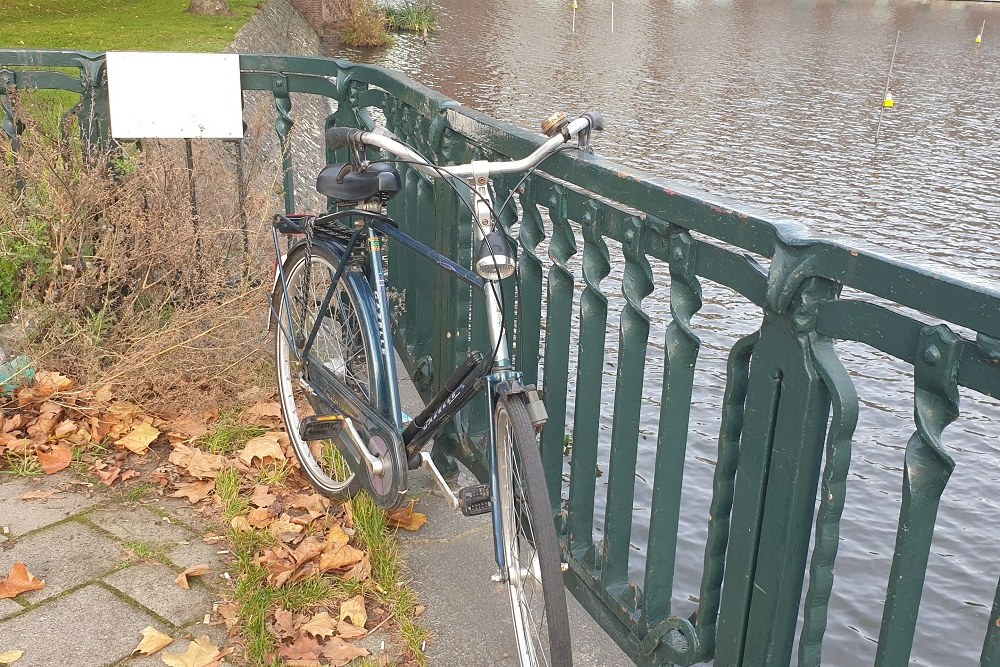 Ben Polak bridge.
This bridge is named after Ben Polak. The text on the board is as follows:

In the Second World War he was strongly involved in the resistance against the German occupiers, for example by providing medical aid to resistance fighters and people in hiding. He and his wife Petra Eldering turned their home in the Rivierenbuurt into a meeting point for the illegal C.P.N. leadership, the Council of Resistance and the Vrije Katheder. He was arrested in 1943, managed to escape from the Hollandsche Schouwburg and resumed his resistance work.

After the liberation he represented the C.P.N. in the city council of Amsterdam. He was an alderman until 1948 and a member of the Senate from 1965 to 1970. From 1948 he combined his general practice with a fight for the recognition of the rights of war victims.

Explanation:
On July 9, 1941, Polak was the last Dutch Jew to graduate as a doctor during the occupation. Thanks to his mixed marriage, he was able to move freely for some time. The house of Polak and Eldering on the Amsterdamse Rivierenlaan became a command post for resistance activities. The board of the banned CPN met there as well as the top of the Council of Resistance. The left-wing resistance magazine De Vrije Katheder was also edited there. Eldering - who had meanwhile joined the CPN - took a seat on the editorial board of this magazine.
As a doctor, Polak was only allowed to treat Jewish patients during the occupation, but he also helped resistance fighters and people in hiding. When it became known in 1943 that he had advised a Jewish woman to flee from the Dutch Israelite Hospital - he knew that the Germans were about to evacuate this hospital - he was arrested and imprisoned in the Hollandsche Schouwburg. Polak was allowed to continue to provide medical assistance there as a doctor. He escaped the Schouwburg in a spectacular way by climbing out through a skylight. During the last two years of occupation, he wandered from one safe house to another and resumed his illegal medical care.

After the liberation, Polak was active in politics for a while as a representative of the CPN. From November 1945 to September 1953 he was a member of the Amsterdam city council and from 1946 to 1953 a member of the Provincial Council of North Holland. After the CPN had made a considerable profit in the municipal elections in the capital, he also became alderman of Municipal Companies in Amsterdam on 2 September 1946. He would later call this administrative work 'rumbling in the margins' (Het Parool, 26-7-1993). Nevertheless, Polak's efforts led to The Hague giving permission for the construction of the power station on Hemweg.