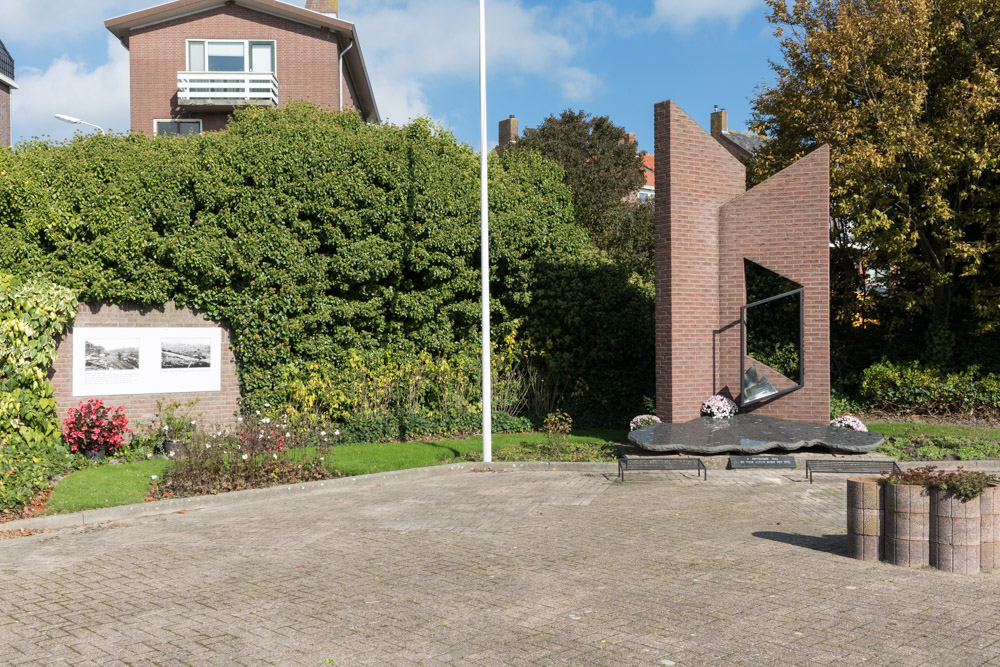 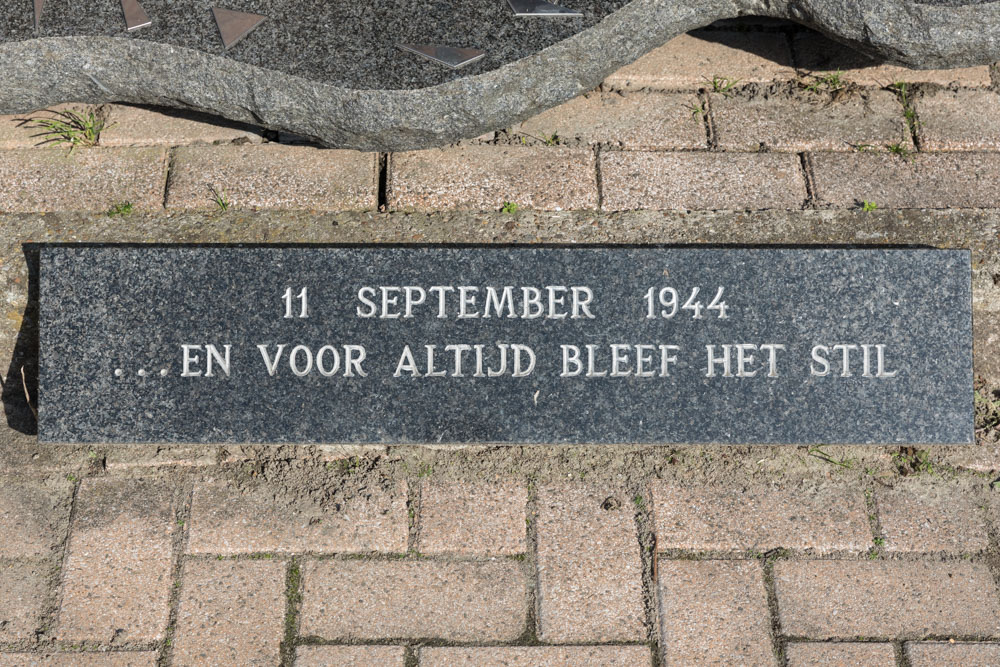 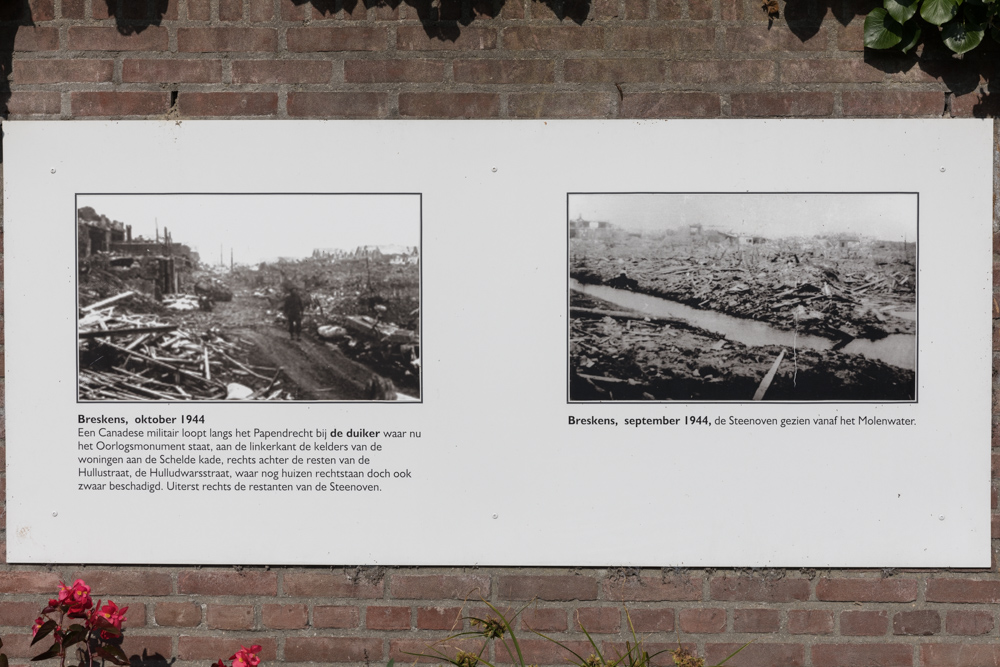 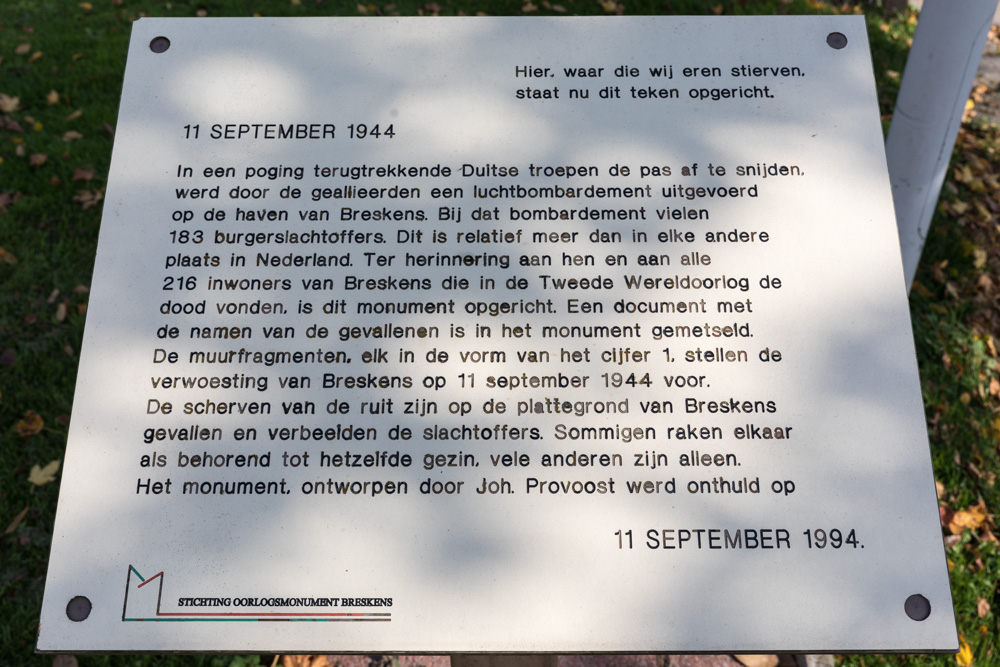 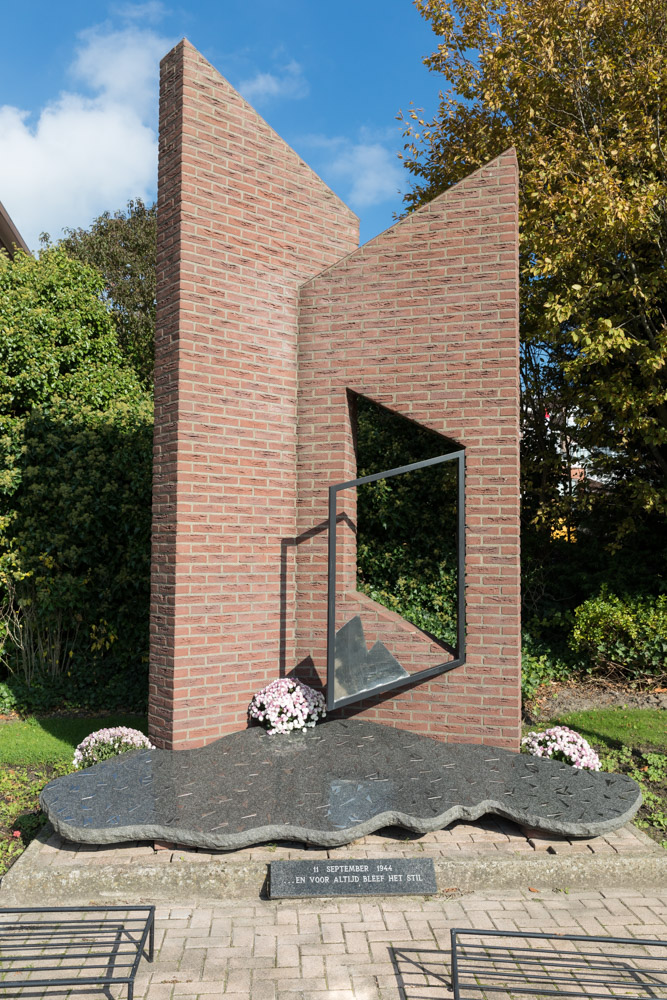 In an attempt to cut off the route of retreating German troops, the allies carried out an air-strike at the port of Breskens on 11 September 1944. During that bombing 183 civilians were killed. This is relatively higher than in any other village in the Netherlands.

As a reminder to them and to all 216 residents of Breskens who died in the Second World War, this memorial was erected. A document containing the names of the fallen is placed in the memorial. The wall-fragmenten, each in the shape of the numeral 1, show the destruction of Breskens on 11 september 1944. The shards of glass on the map of Breskens depict the victims. Some touching each other as belonging to the same family, many others are alone.

The monument was designed by Joh. Provoost and it was unveiled on 11 September 1994.