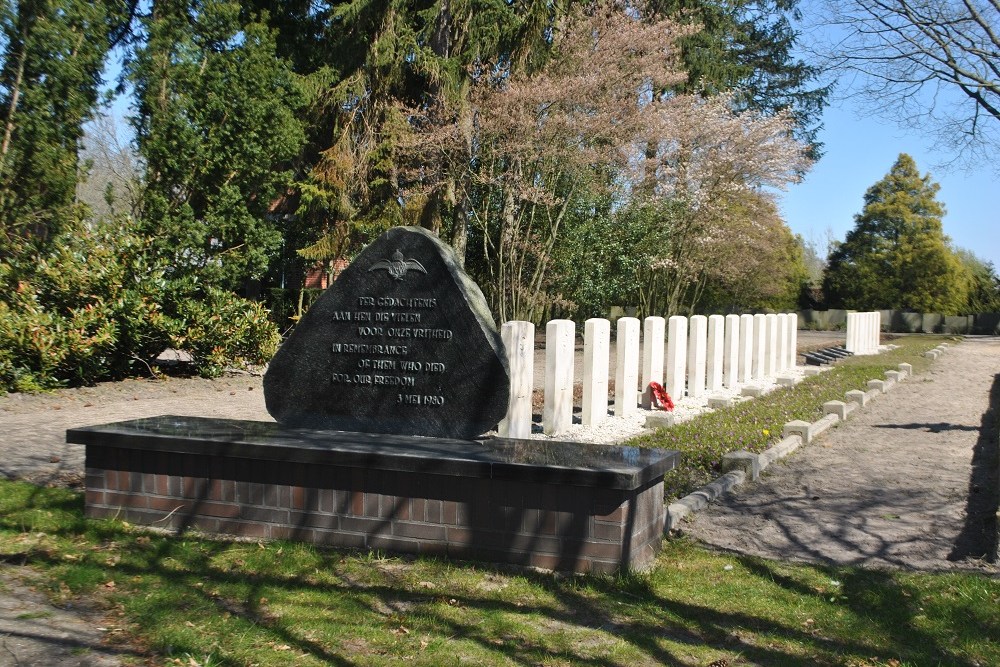 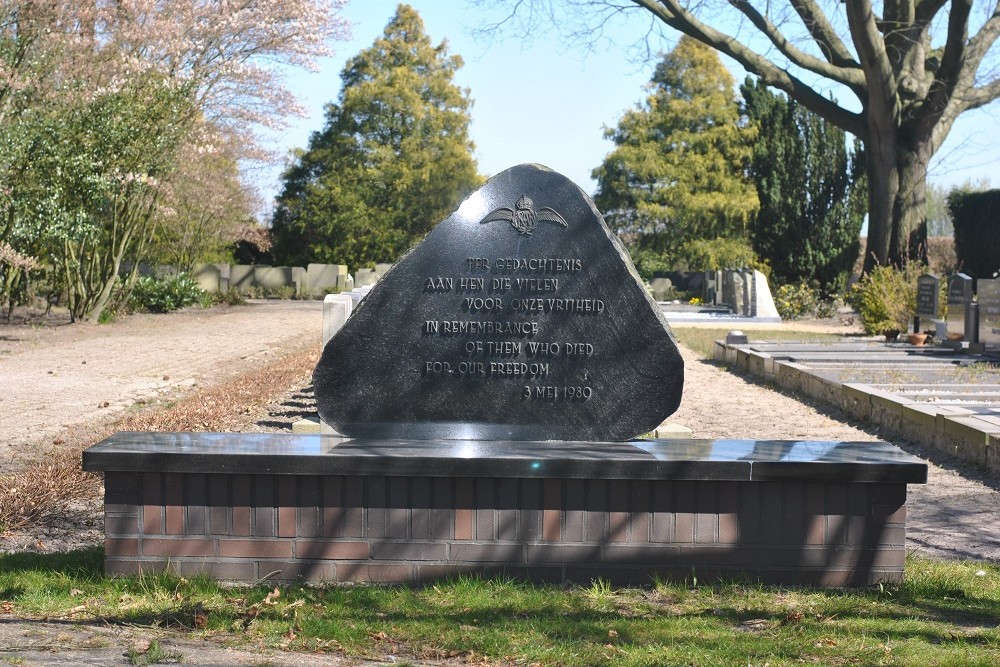 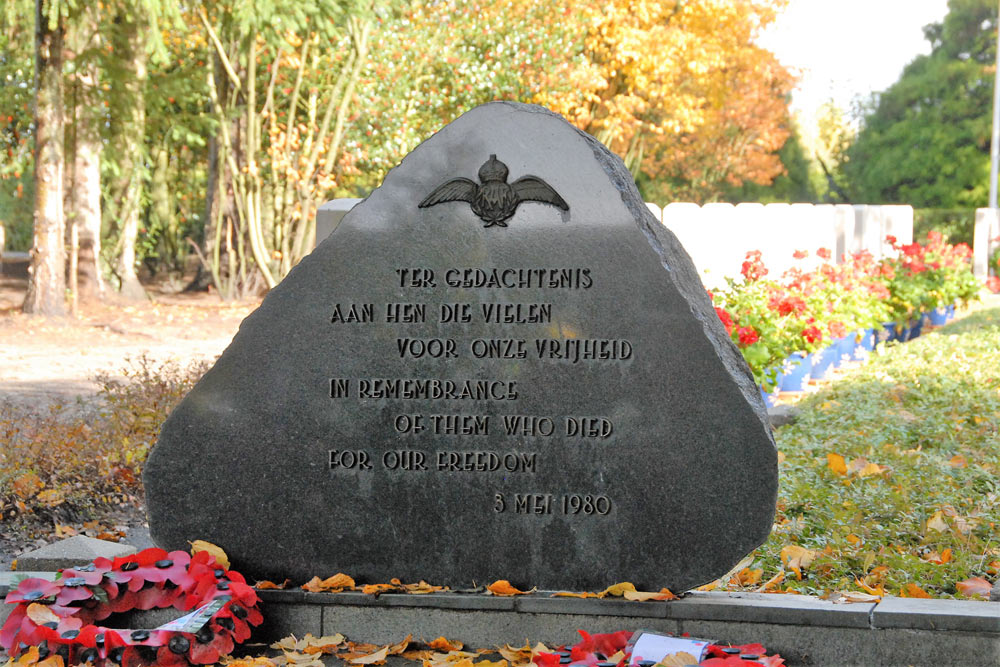 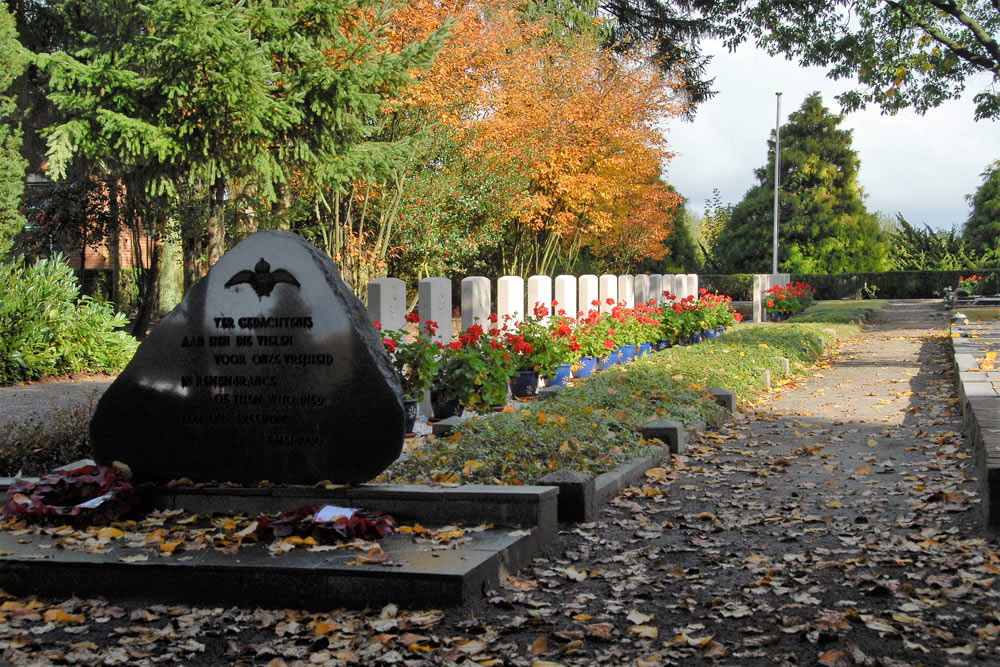 IN REMEMBRANCE
OF THEM WHO DIED
FOR OUR FREEDOM

The monument is made of part of a so-called boulder. A boulder (also called an erratic block) is a stone or boulder carried by the land ice during the penultimate ice age, the Saalian. They are also called boulders or field boulders. Small copies are called cobblestones, while in Drenthe they are generally called flint.
On May 3, 1980, the monument was unveiled by the English crew members Ken Lane (pilot) and Dick Raymond (flight engineer) of the aircraft ND963 of No. 83 Sqn that landed at Siepelveen on May 22, 1944.
In the spring of 2018, the entrance to the cemetery was renewed, and the monument was immediately restored and provided with a new base.
On the front of the monument is a text in copper and RAF kite swing. The text is loud in both Dutch and English "In memory of those who fell for our freedom".
At the cemetery of Nieuw Dordrecht, Drenthe, are 24 war graves of fallen R.A.F. crew members. Initially, there were 28 graves, but since 5 were American citizens, these remains were transferred to the American cemetery in Margraten in the south of the province of Limburg in the 1950s. For these 5 American citizens, memorial panels were placed in 2018 where they were buried.