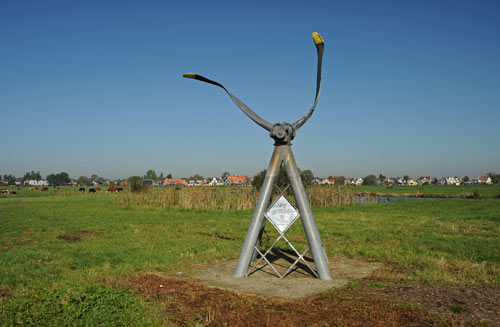 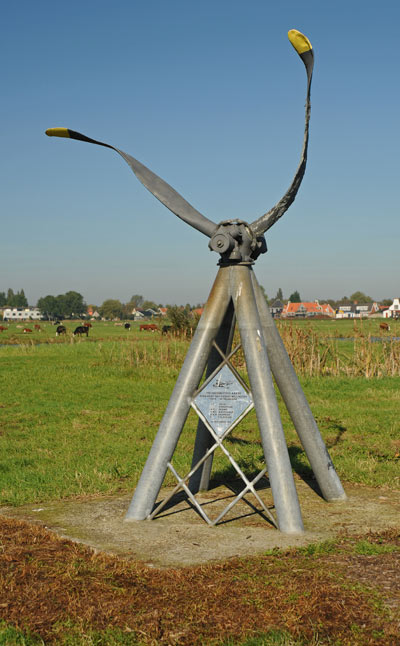 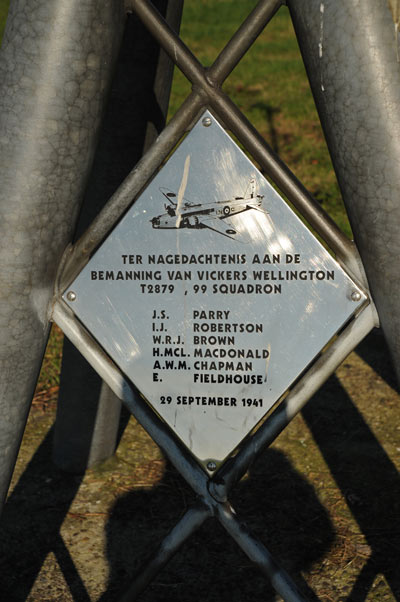 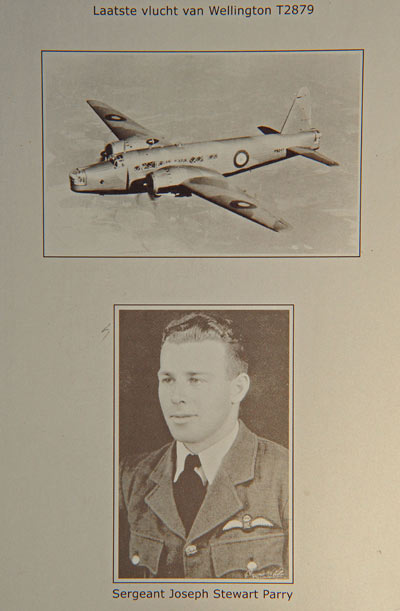 This memorial commemorates the on September 29th 1941 at this place crashed Vickers Wellington bomber. The airplane was returning to England after a successful the bombing of Genova in Italy.

TO COMMEMORATE THE
CREW OF VICKERS WELLINGTON
T2879, 99 SQUADRON

Aircraft left Newmarket and took place in a raid against Turin, Italy and was damaged by Anti Aircraft fire and not in a position to continue back to base. Crew abandoned aircraft over what they believed to be North Sea and were lost due to the conditions. Aircraft continued on for sometime and was again subjected to anti aircraft fire and finally brought down over Landsmeer. Resident ignored the danger posed by occupying troops and approached the crash to search for and rescue survivors and found the aircraft empty.

A large contingent from 99 Sqdn RAF visit the Netherlands each year to attend the 4 May ceremony at De Nieuwe Ooster, which takes place at 10.00 hours. In the afternoon they pay their respects at the crash site memorial and then finally at the 20.00 hours ceremony in Landsmeer. At all three locationns they parade their Squadron Standard and place poppy wreaths.