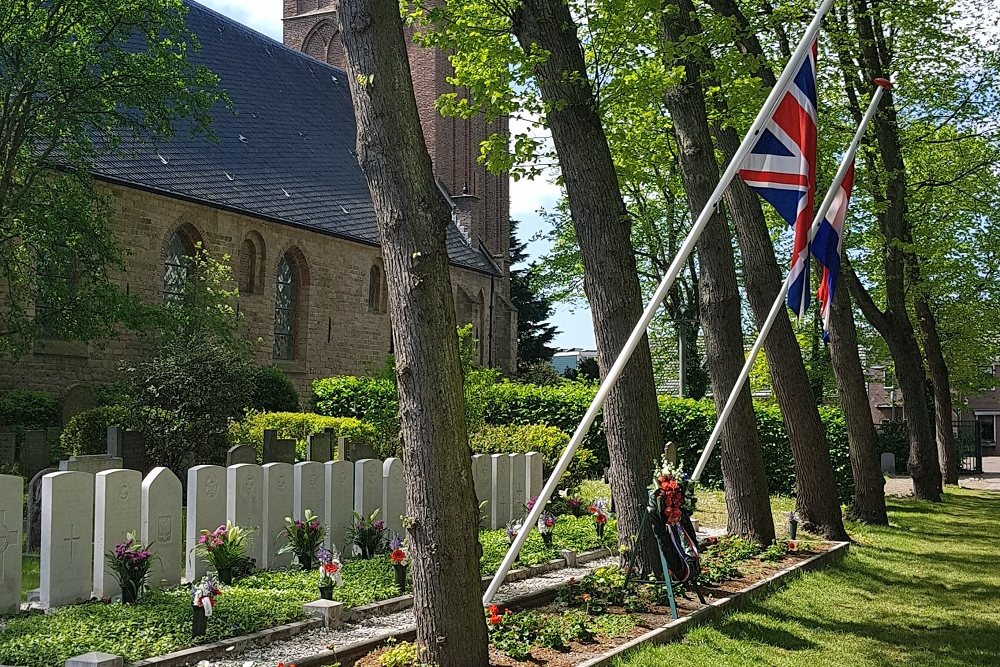 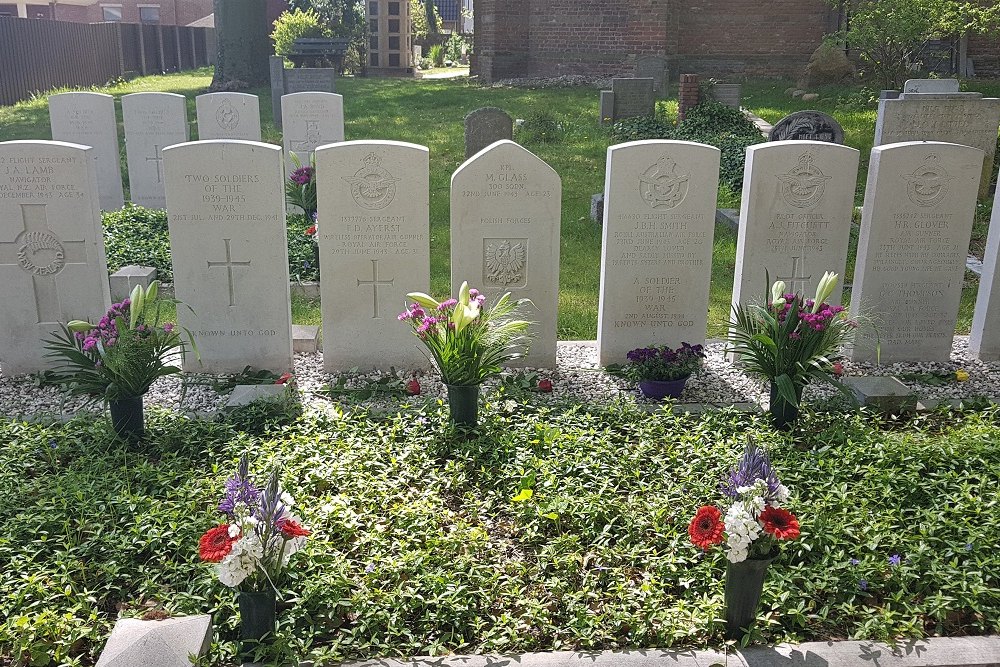 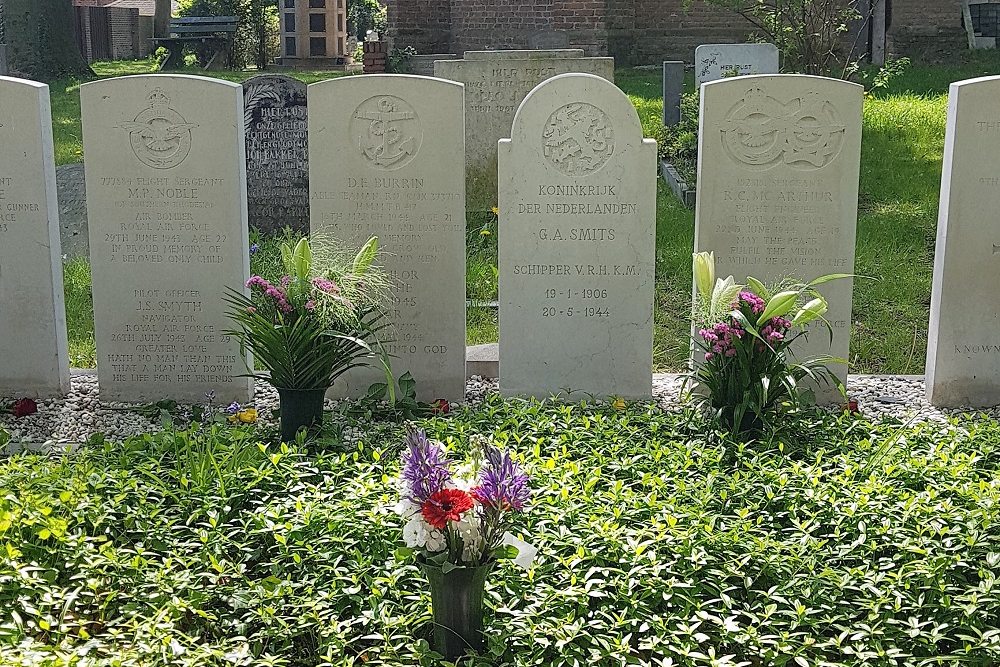 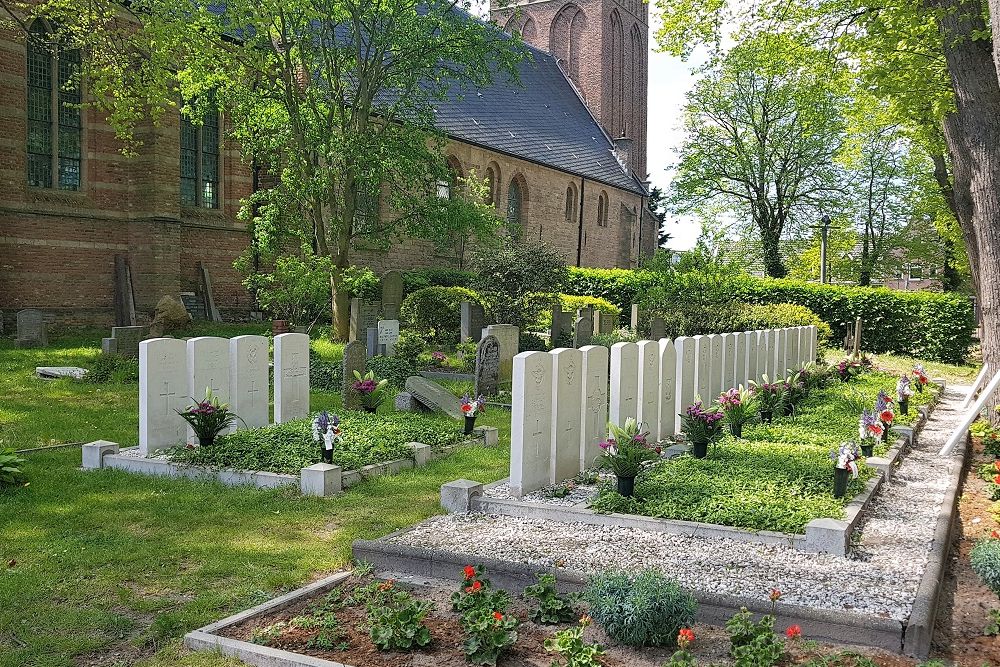 Commonwealth forces suffered some casualties when the Netherlands fell to the Germans on 14 May 1940 and many more when the Allies returned between September 1944 and April 1945. In the intervening years, many airmen were shot down or crashed in raids on strategic objectives in the Netherlands, or while returning from missions over Germany. They now lie buried in cemeteries and churchyards all over the country. Castricum Protestant Churchyard contains 34 Commonwealth burials of the Second World War, half of them unidentified. There is also one Dutch and one Polish war grave.