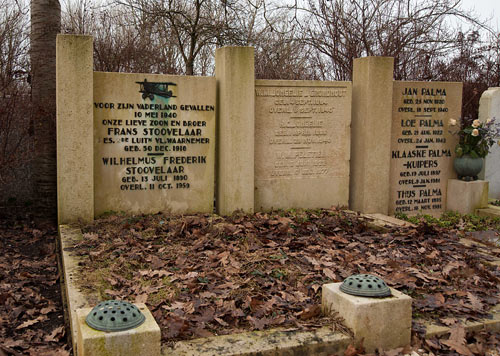 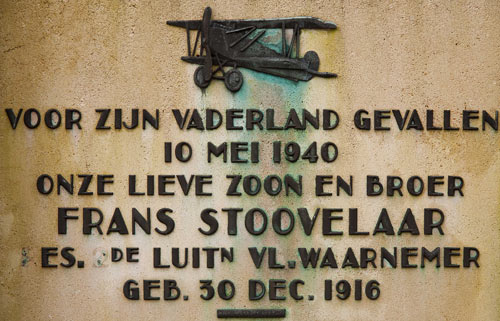 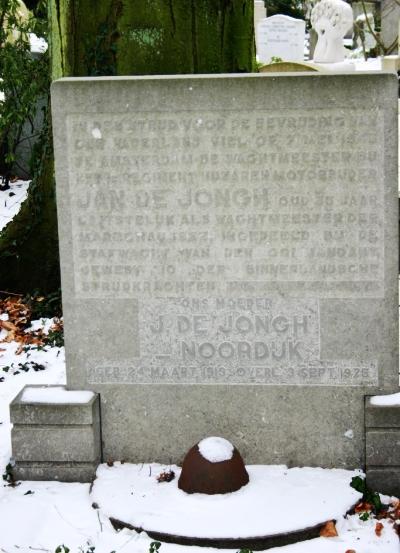 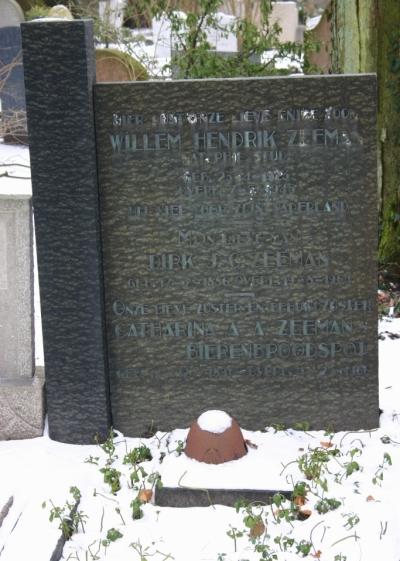 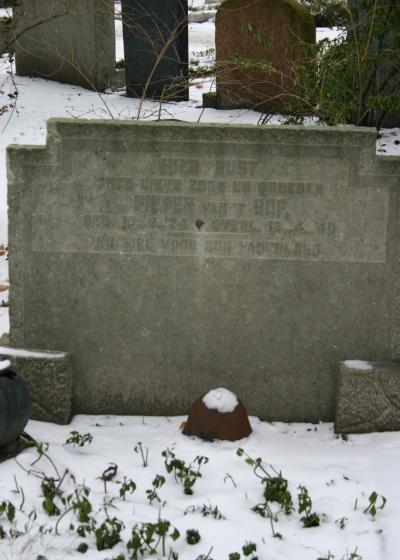 Grave crew member Fokker T-V 654
The Fokker TV854 was shot after a successful bombing of Waalhaven. After this bombing, the aircraft was attacked by a group of six BF-109s and crashed at Oud-Beijerland at the Hoekse-Waard. Only Sergt den Hartog could bale out with his parachute and was seriously injured when landing. The other four crew members were killed.

Other Dutch war graves
Some graves date 7 May 1945, because of the fights on that day, two days after the liberation of The Netherlands. A helmet is placed on the graves.