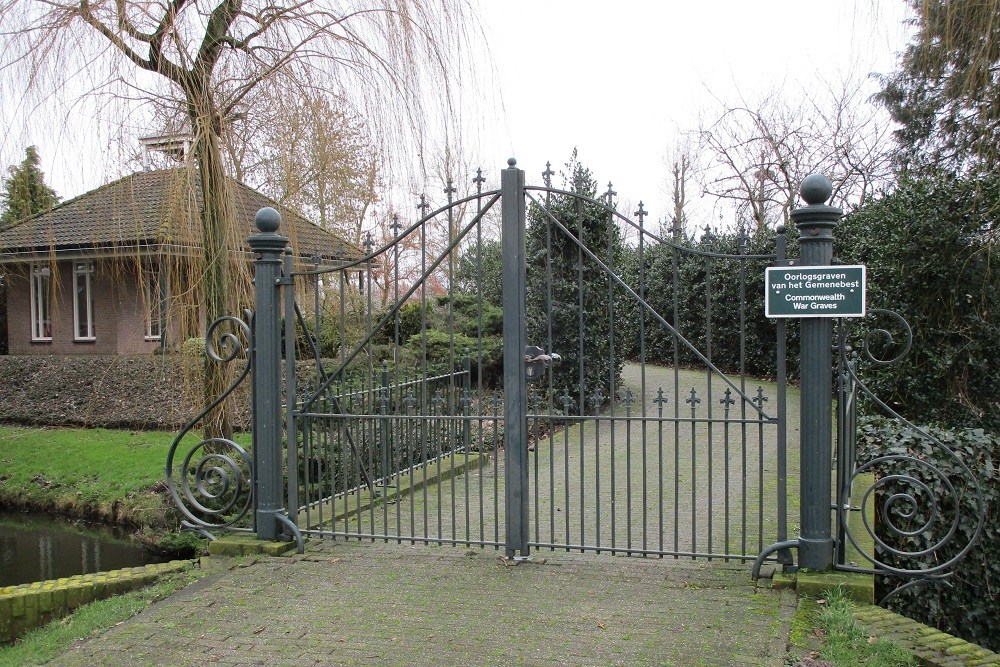 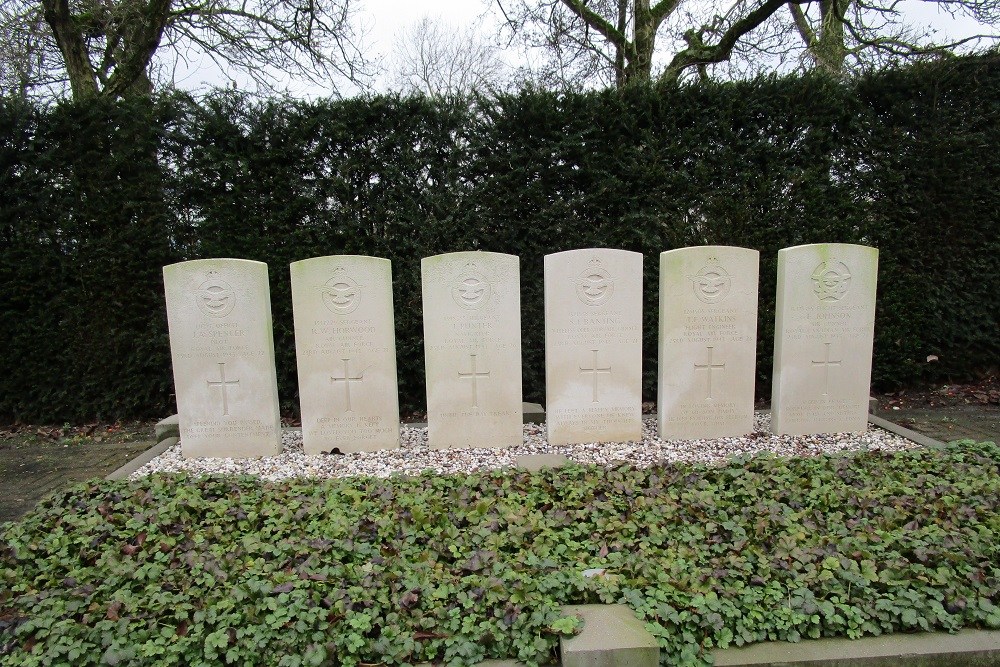 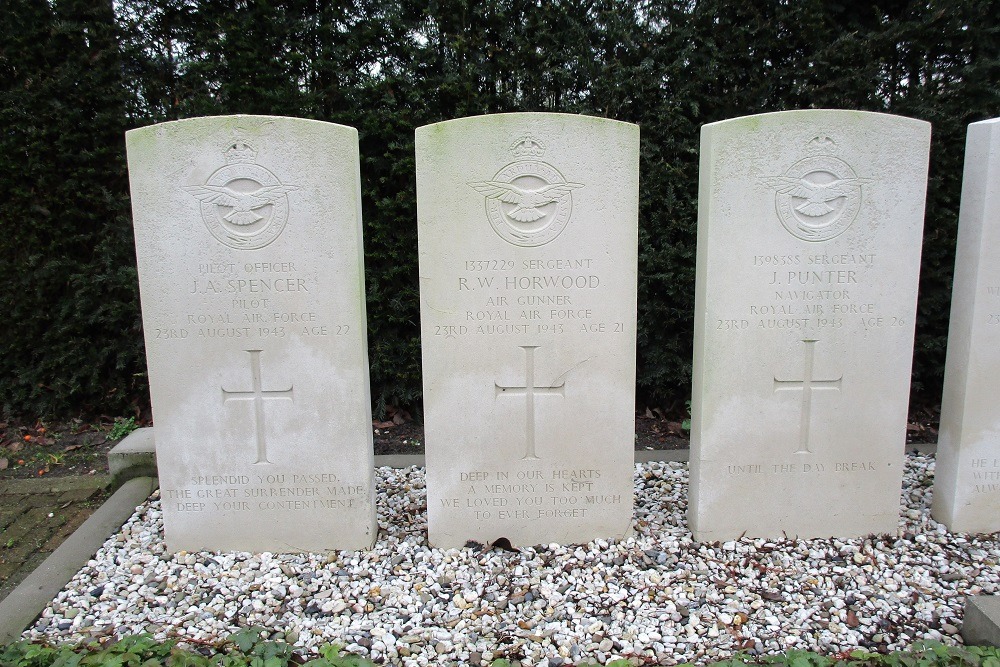 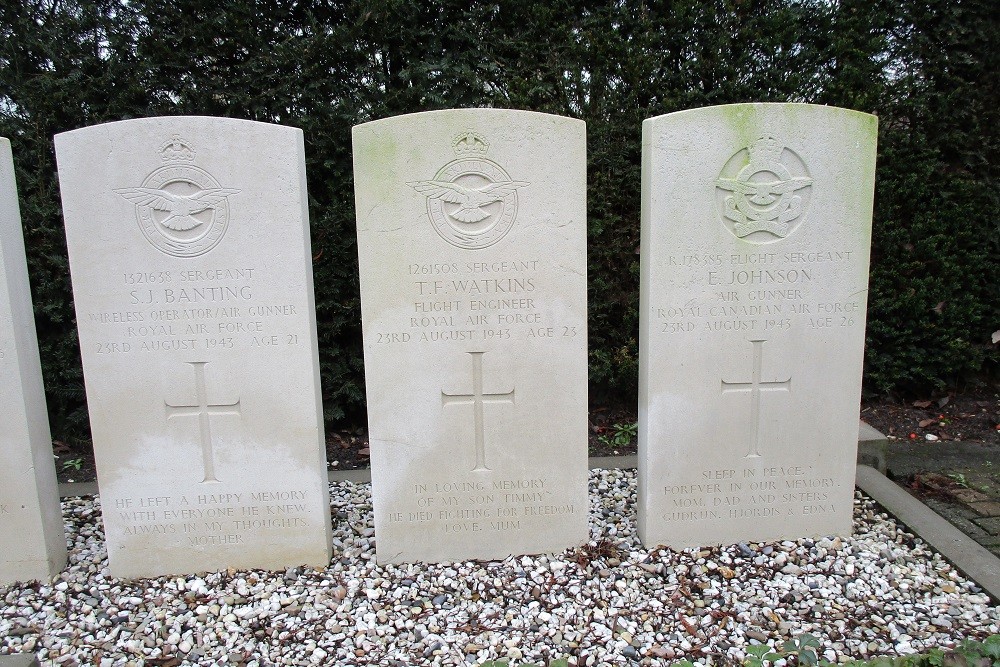 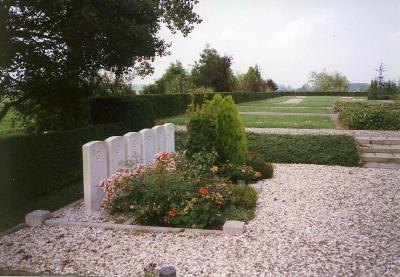 The following text is on the plaque at the graves:

In the night of 22 to 23 August 1943, an English Avro Lancaster DV228 returned from its mission: the bombing of IG. Farben factories in Leverkusen Germany.
On the return flight to his base in Syerston England, this RAF bomber was shot above Hei and Boeicop by a German night fighter, navigated from the Schoonrewoerd radar station, after which he crashed and burned.
Six men lost their precious lives here. Only Sergeant S. Williamson managed to jump out of the plane in time.

On August 24, 1943, the six soldiers who were killed were buried here. Every year on May 4, we commemorate our heroes here at this place in Hei- and Boeicop: