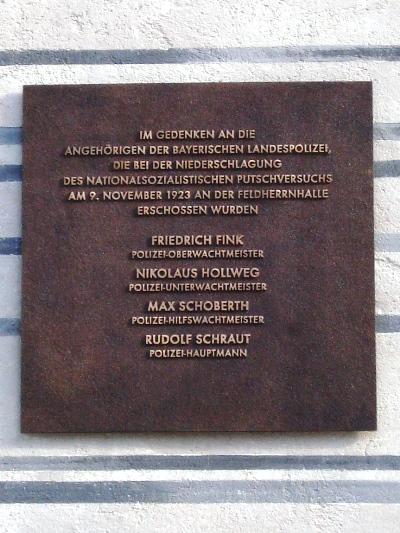 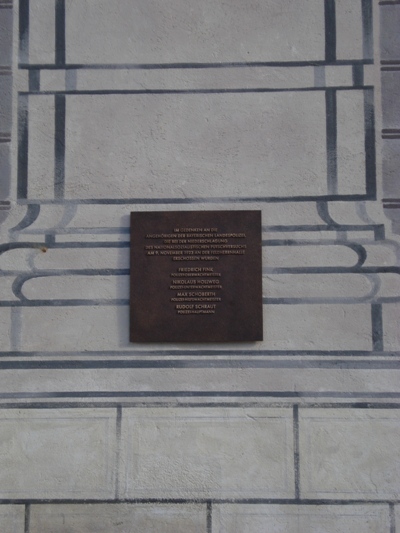 After Hitler came to power in 1933, a large memorial for the killed Nazis was erected. After the war it was removed. Now there is a plaque in the pavement which commemorates the four killed policemen.

A bit further away is a similar plaque in the pavement.