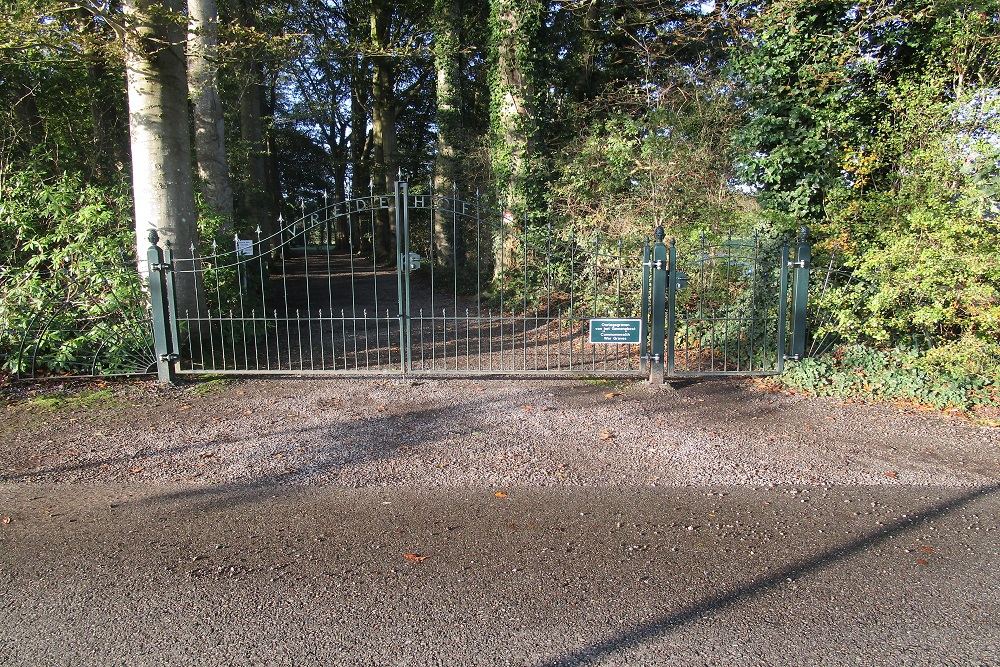 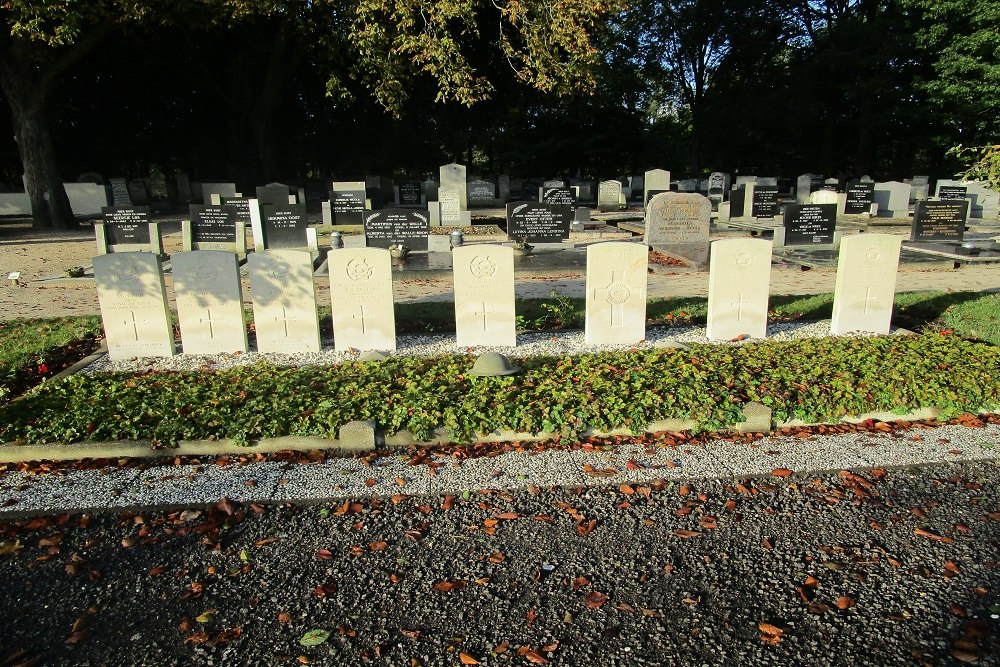 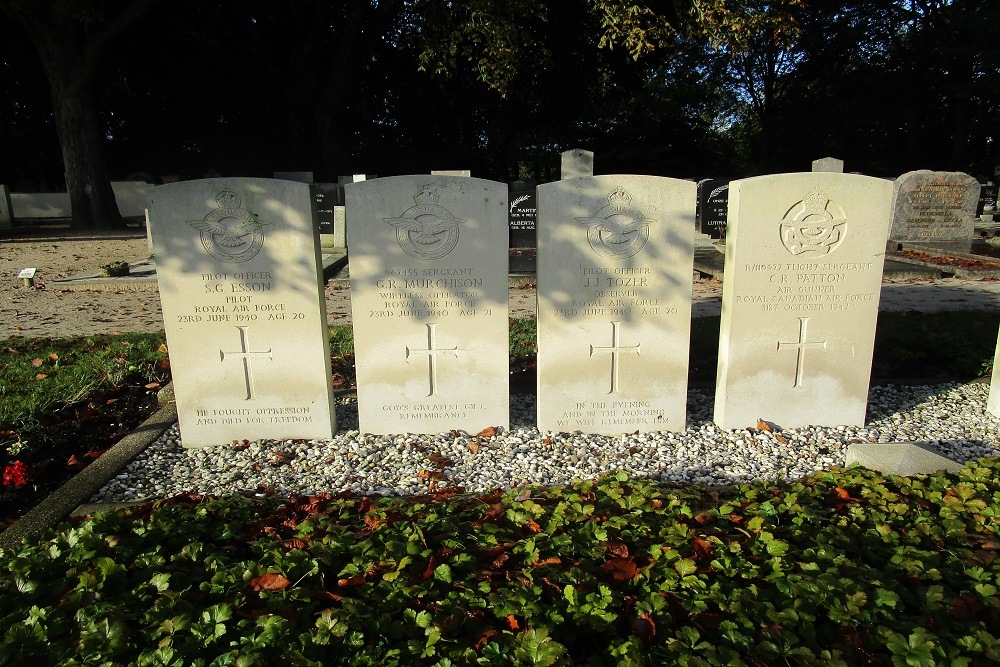 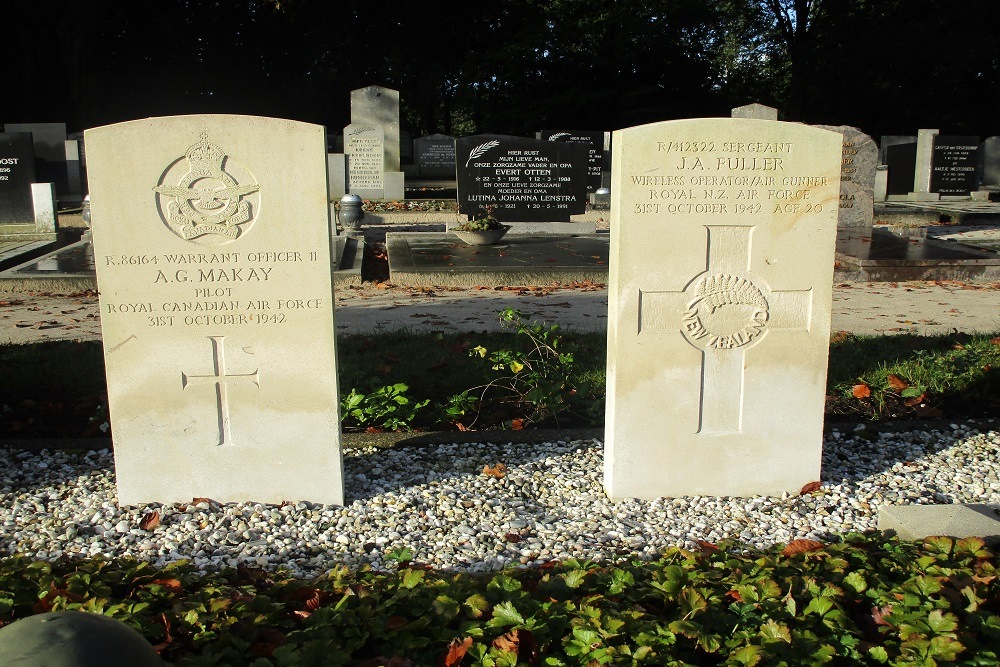 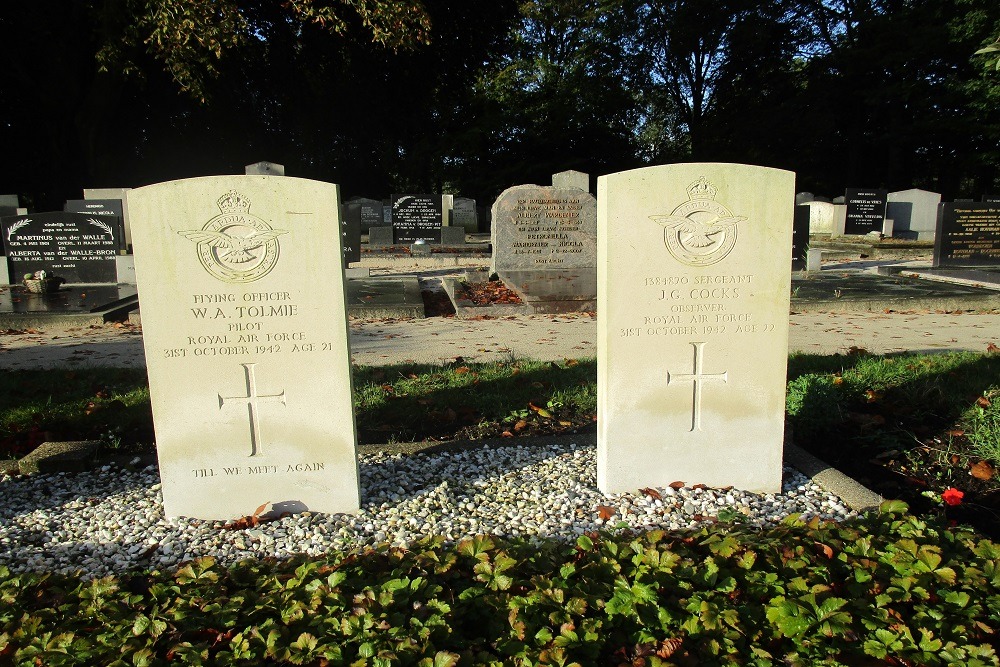 There is the crew of the Blenheim bomber R3688:

On 23 June 1940 departed from RAF Wattisham, The Blenheim R3688 of No. 107 Squadron RAF, with the mission to bomb enemy targets in Soest (Germany), Osnabrück and Hamm. For unknown reasons, the aircraft crashed down in Willemsoord. All three crew members died in the crash and were buried in this cemetery.

Also there is the crew of the Wellington bomber BK360:

On 31 October 1942 at 10:40 departed from RAF Kirmington, the Wellington BK360 of No. 150 Squadron RAF, with the mission: a bombing raid over the port of Emden. The aircraft was shot down over the Netherlands by the German fighter Ofw. Ernst Heesen, 5./JG 1. After that the aircraft crashed down at 13.15 near Willemsoord. All five crew members died in the crash, they are all buried in this cemetery.