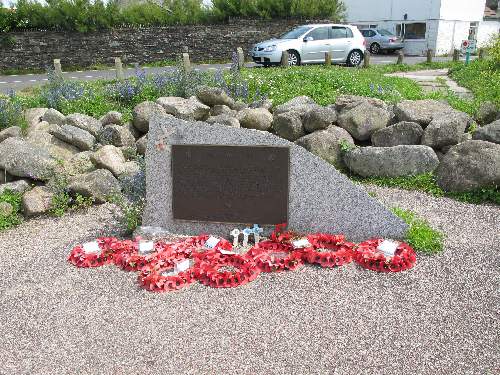 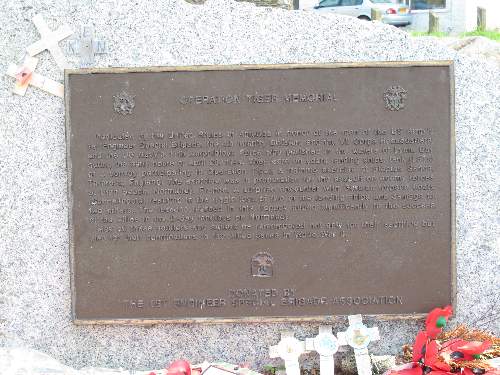 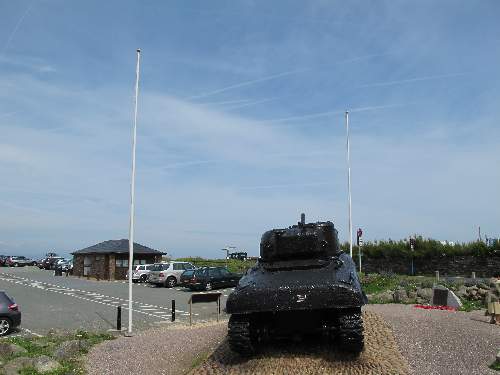 Dedicated by the United States of America in honor of the men of the US Army's 1st Engineer Special Brigade, the 4th Infantry Division and the VII Corps Headquarters; and the US Navy's 11th Amphibious Force who perished in the waters of Lyme Bay during the early hours of April 28, 1944. They were on board landing ships, tank (LST's) of a convoy participating in Operation Tiger, a training exercise at Slapton Sands, Torcross, England. The exercise was in preparation for the assault on enemy forces at Utah Beach, Normandy, France. A surprise encounter with German torpedo boats (Schnellboots) resulted in the tragic loss of two of the landing ships and damage to two others. The lessons learned in this tragedy added significantly to the success of the allied D-day landings on Normandy.
May all these soldiers and sailors be remembered not only for their sacrifice but also for their contribution to the Allied cause in World War II.

The memorial stands next to the Torcross Tank.