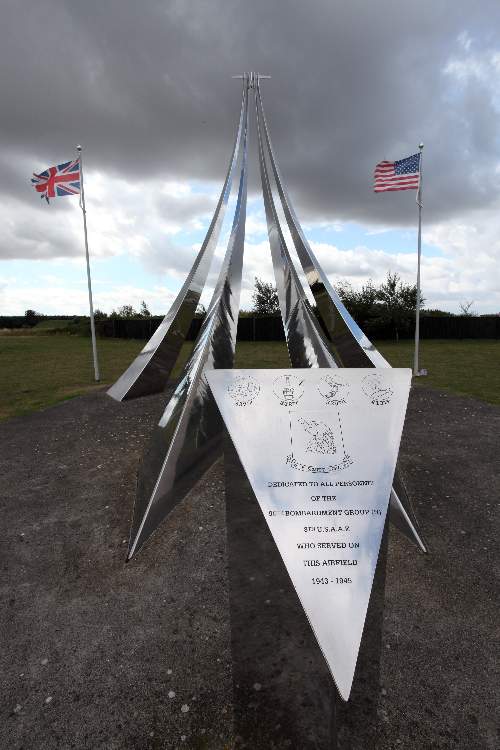 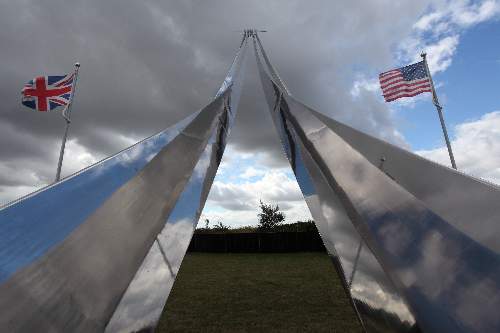 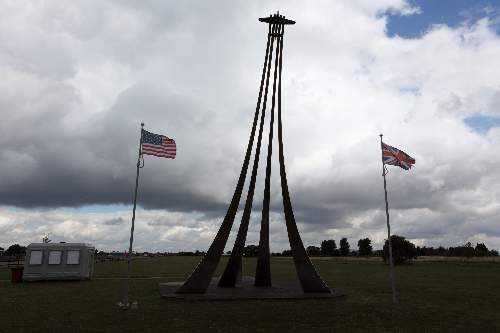 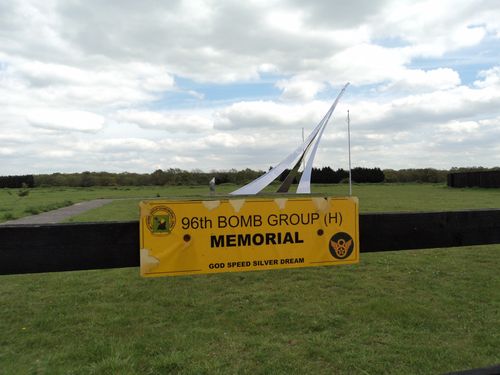 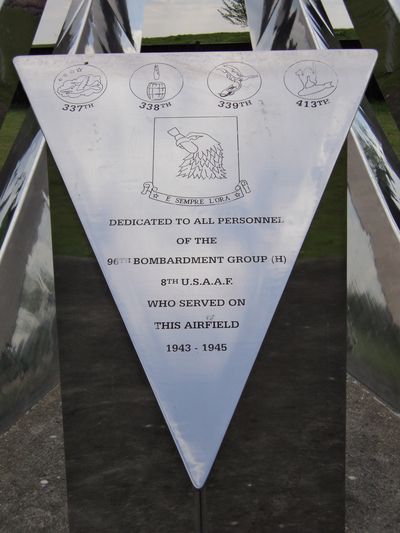 This memorial commemorates the 96th Bomb Group USAAF, which was stationed at RAF Snetterton Heath in World War II.

RAF Snetterton Heath was built in 1942. During the World War II it was used by the USAAF 8th Air Force. It was the home-base for these American bombers: the twin-engined B-26 Marauder and the heavy Boeing B-17 Flying Fortress. In November 1945 the airfield was abandoned by the Americans and in 1948 it was deserted. Currently, the former airfield is converted into the Snetterton Motor Racing Circuit.