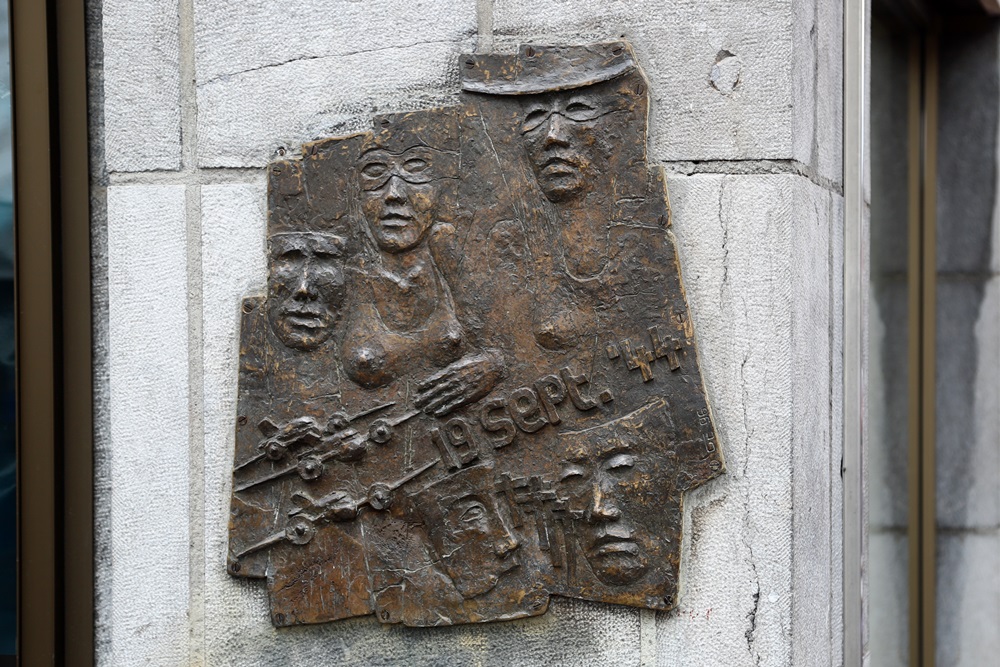 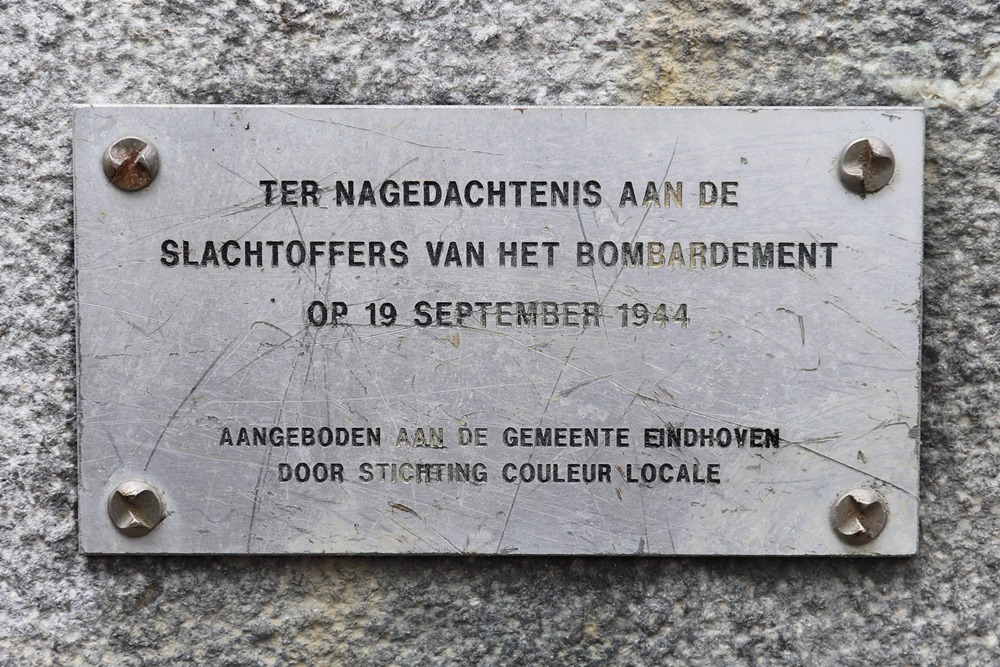 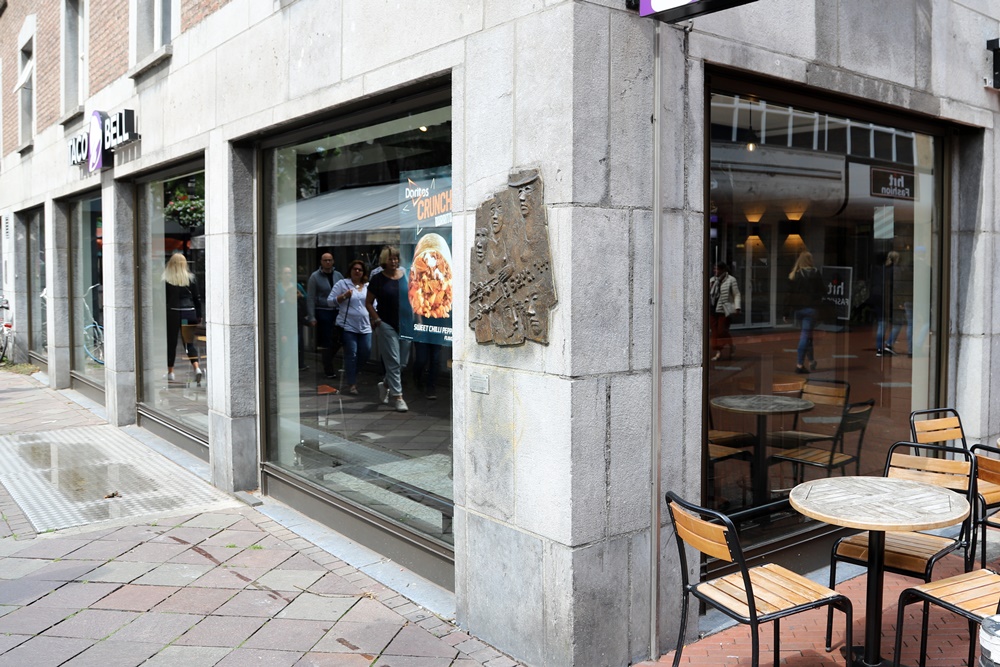 This plaque commemorates the 227 residents who were killed in the German bombardment on 19 September 1944, a day after the city was liberated.

The plaque contains several faces and the text:
19 SEPT. '44

Sadly, the copper plaque was stolen on 24 August 2011, only the little information sign was still present. There is a new plaque installed.

Tuesday September 19 started as a holiday in Eindhoven. Everyone celebrated the liberation. In orange, red, white and blue, people headed for the main route through the city that morning to look at the columns. It was rows thick. However, at the end of the afternoon, the Panther tanks of the German Panzer Brigade 107 reached the bridge at Son. After a tank was shut down, the advance was stopped, but this had major consequences in Eindhoven.

There was a rumor in Eindhoven that the German tanks were advancing to Eindhoven. Burgers reported to the 506th PIR that 117 small tanks had been sighted between Helmond and Eindhoven. "Reliability doubtfull" was the American note. All liberation parties were disrupted and everyone fled home. Flags were brought in again. Tanks were set up for defense in Vlokhoven. However, the Panthers did not arrive, German planes did.

Around 7:20 pm a number of flares appeared above the city. Citizens thought of fireworks. The planes were supposed to be allied aircraft, but the Allies in the city knew better, they were German planes. Anti-aircraft guns were barely present in the city, meaning that the supply columns were hopelessly unprotected in the city. 76 bombers, Junkers Ju 88 and Dornier Do 217, commanded by the Gefechtsverband Hellbig, bombed the city.

Ben Postema wrote in his diary: "The bombs fall with thunderous violence, the explosions of which we see the reflections on the houses fall without ceasing. We dive even deeper, the ground beneath us is waving and falling, even though it is of granite. There is a pause for a moment, we are already relieved. The sky is red with fires. Then planes are roaring above us, the bombs are screaming again. The house shakes and shakes, but stands."

The attack was carried out in two waves, the first around 8 p.m. and the second around 9:30 p.m. Both lasted about fifteen minutes. Ammunition cars flew into the air here and there, fuel trucks exploded. An air raid shelter on the Biesterweg alone was hit, 41 people were killed here. In the whole of Eindhoven that day, 227 civilians died in the bombing.