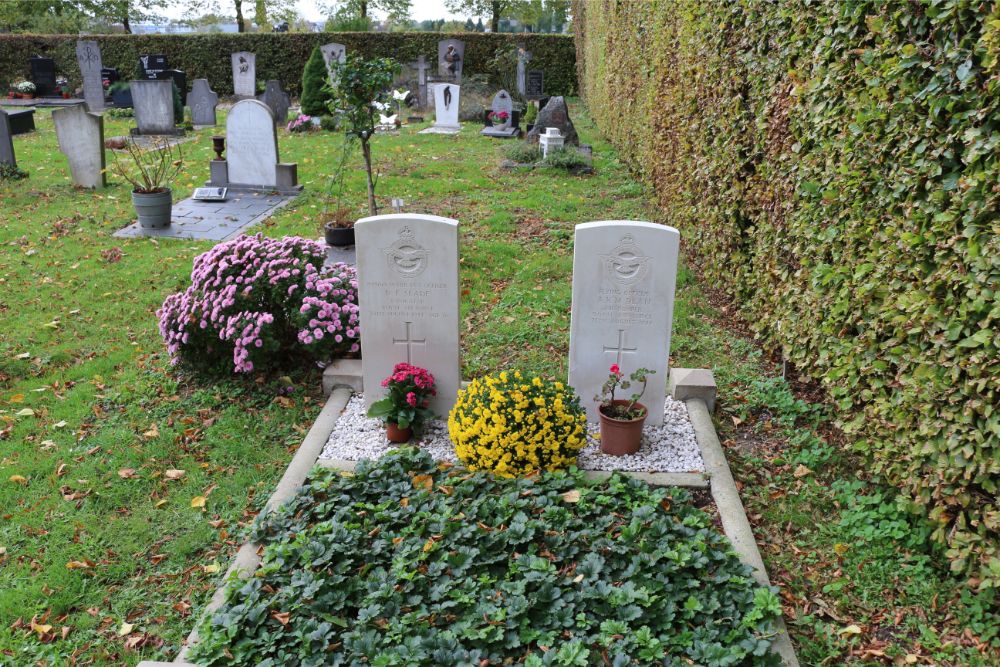 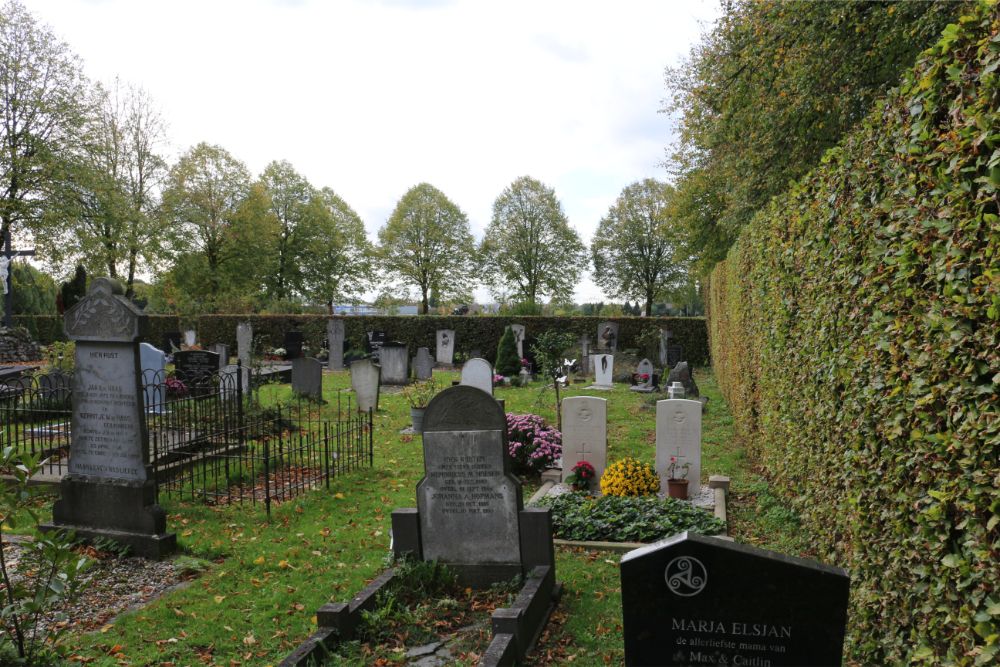 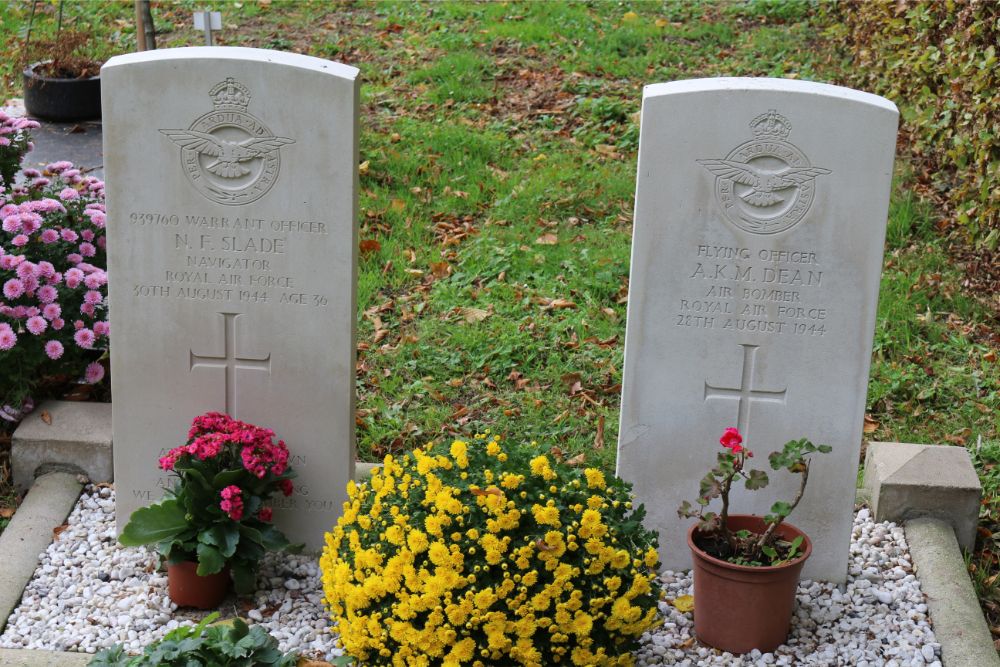 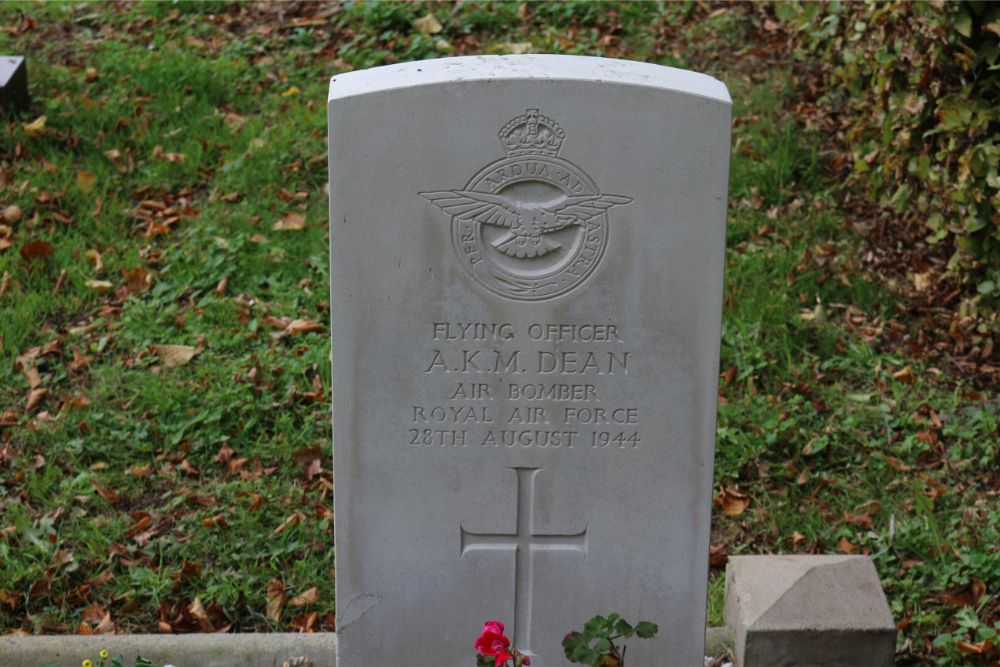 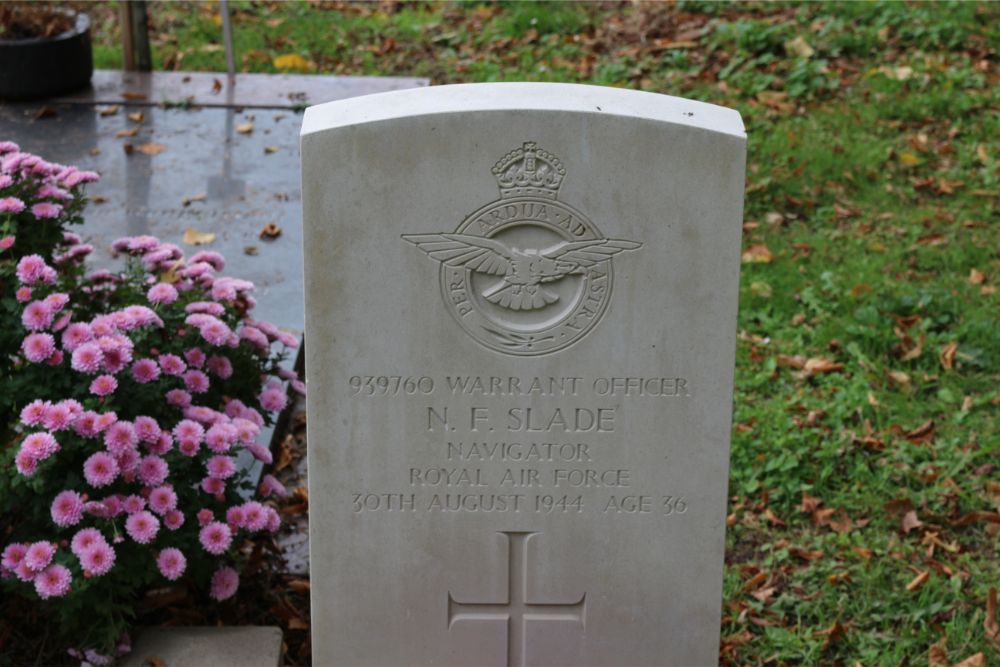 At the Municipal Cemetery in Engelen are two Commonwealth War Graves.
These are the graves of:

On 28 August 1944 at 21:56, the Halifax LL388 departed from RAF Tempsford with a SOE (Special Operations Executive) mission called: Operation Hendrik. On board were seven crew members and three Dutch secret agents. The secret agents should be dropped on a field named "Hendrik" in the surroundings of Deurne. The agents were dropped to support the Dutch resistance and to provide them with money. The aircraft was shot down above the Netherlands and crashed in the village of Engelen. In the crash, two crew members were killed, they are buried in this cemetery. the Dutch secret agents Gerrit Kroon, Jacky van der Meer and Krijn Buitendijk survived the crash. Krijn and Jacky managed to escape but Gerrit was badly wounded, he was captured by the Germans and died from exhaustion one day after his liberation from concentration camp Sandbostel. the five Britons that survived were taken prisoner of war by the Germans. One of the survivors, the Wireless Operator Graham Dugdale wrote the book 'Even Birds Dont Fly At Night' together with Frans Lucas from Engelen. this book describes the complete story about this crash. This article was written with help of this book.