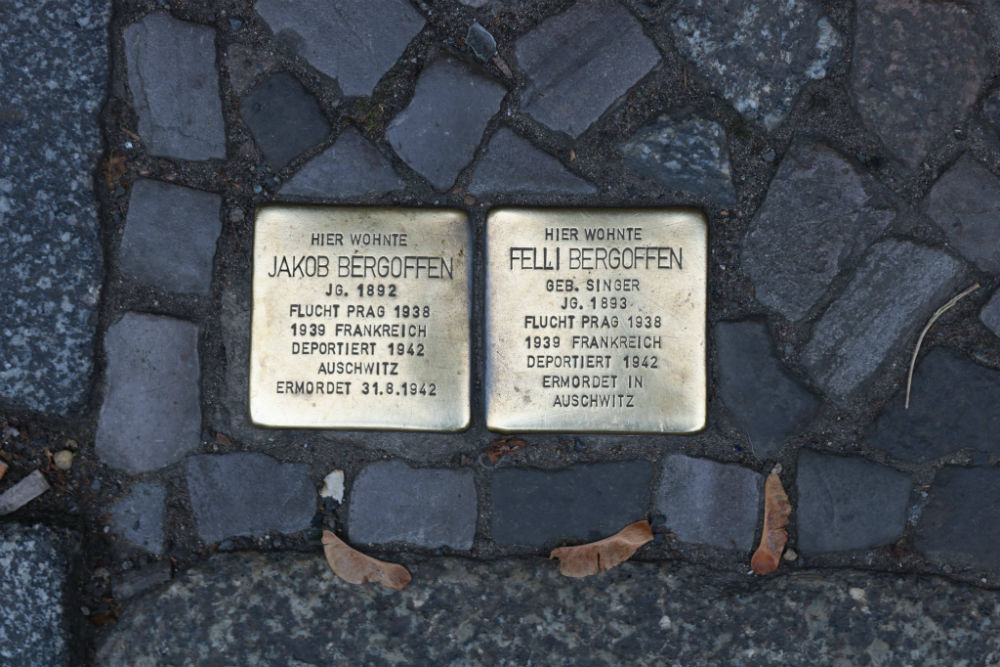 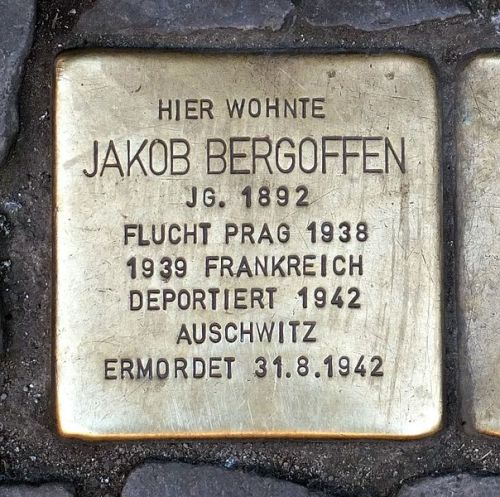 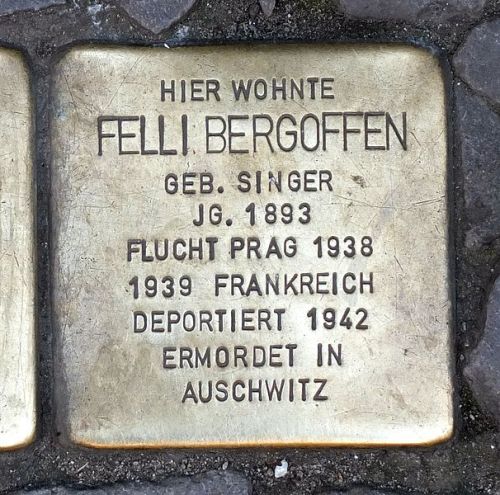 Jakob Bergoffen married Felli Singer, and they had 2 sons, Max (1921) and Leo (1922). The family lived in a spacious apartment in the courtyard VIII / stairway H of the building complex Hackescher Hof in the Rosenthaler Str. 40/41. Together Jakob and Felli ran a well-known paint shop in Oraienburger Strasse 12. After 1933, with customers boycotting the shop, the business declined, and they were forced to sell it -- at a greatly reduced price, as was usual. With harrassment and assaults increasing, they then decided to leave Germany. They went to Prague in 1938, then the parents and Leo managed to get to France the next year. Max stayed, then went to England with other refugees. There he joined the Air Force. After the war he emigrated to the US.

Jakob, Felli, and Leo stayed in Angers, Loire, France safely for several years, until they were arrested and deported from Camp Drancy to Auschwitz labor camp  first, Jakob and Felli in July 1942 with 800 others, and then Leo in September. Jakob was murdered in August; the date of Fellis death is not known. Leo worked on behalf of the Nazis, surviving until liberation, and he returned to France, where he lived into his 90s.