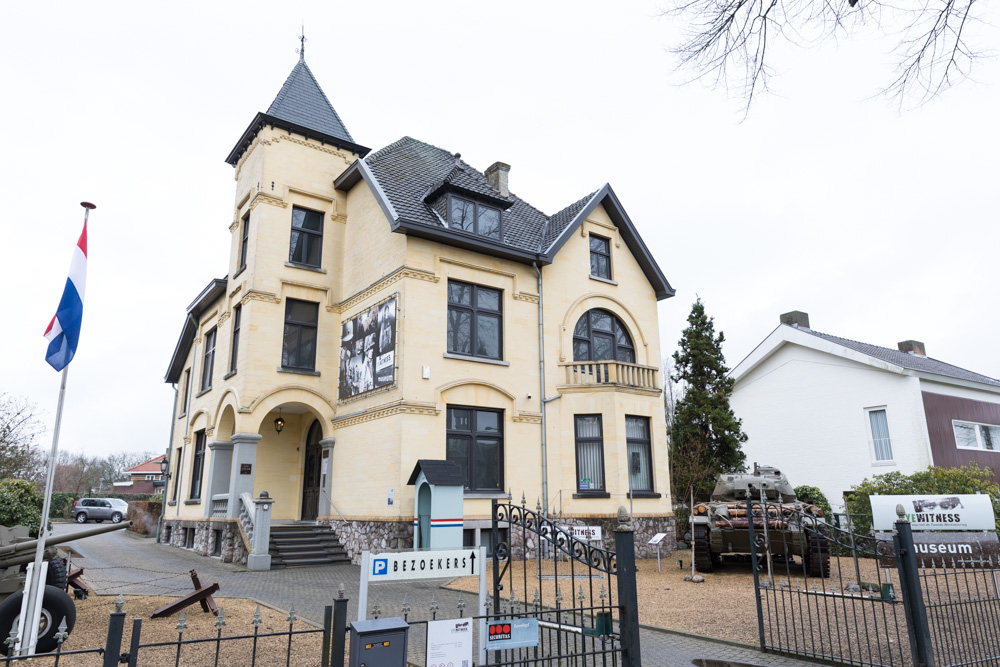 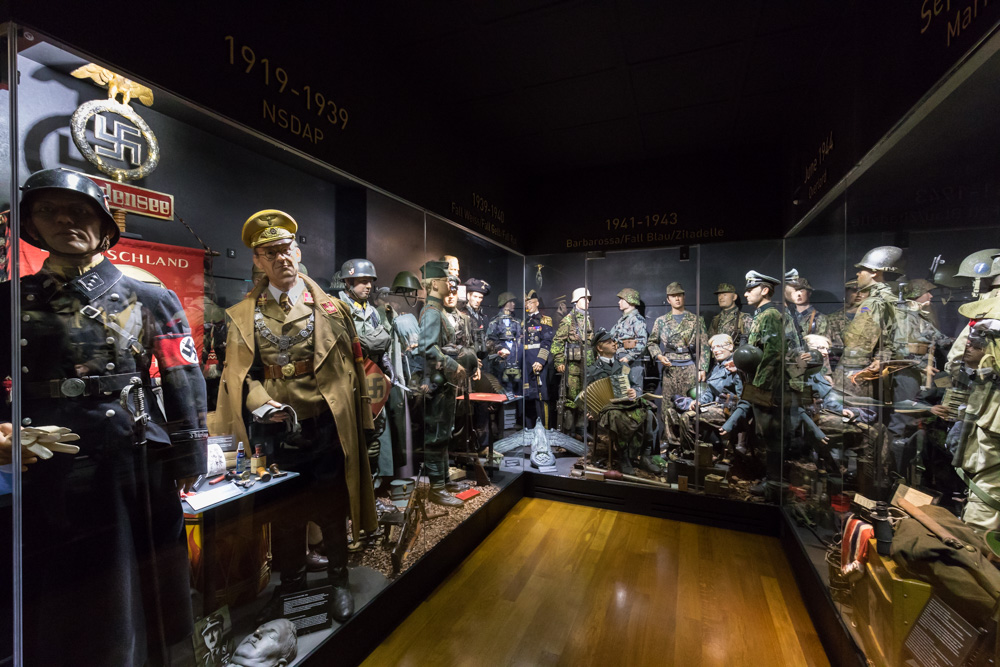 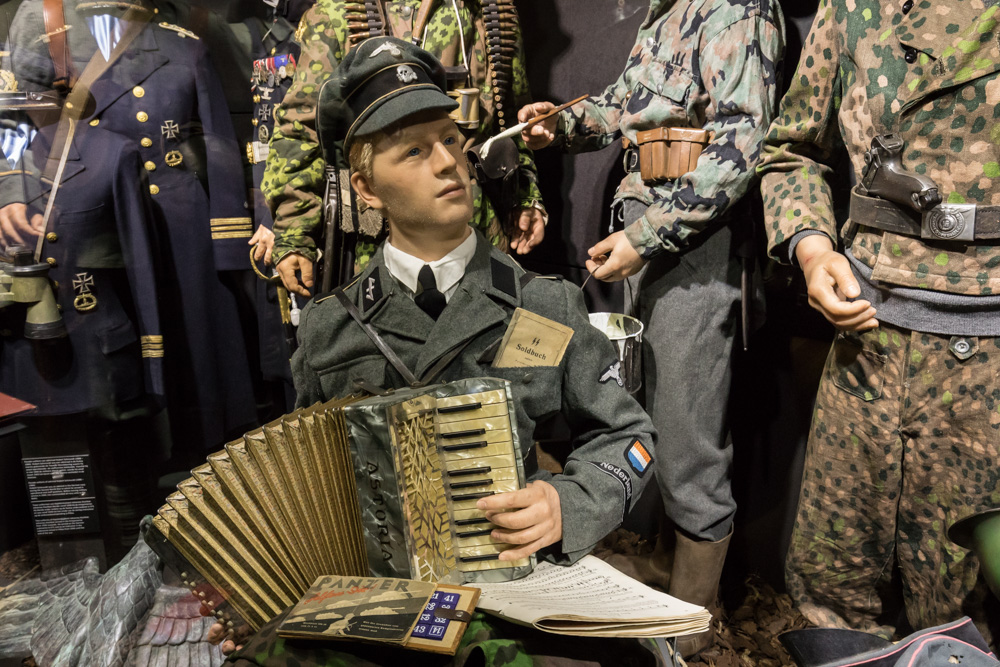 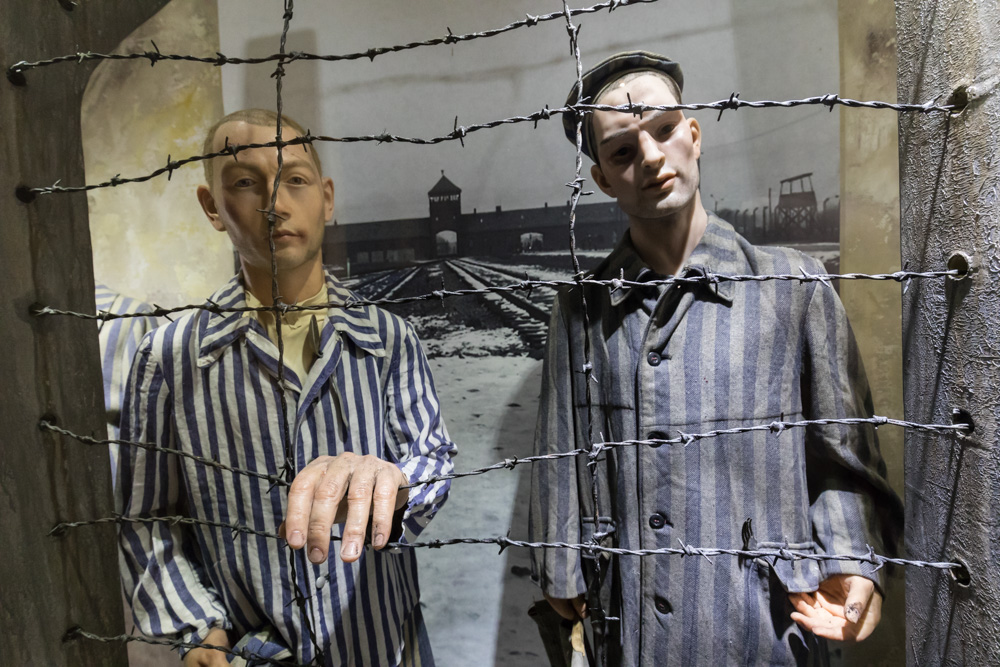 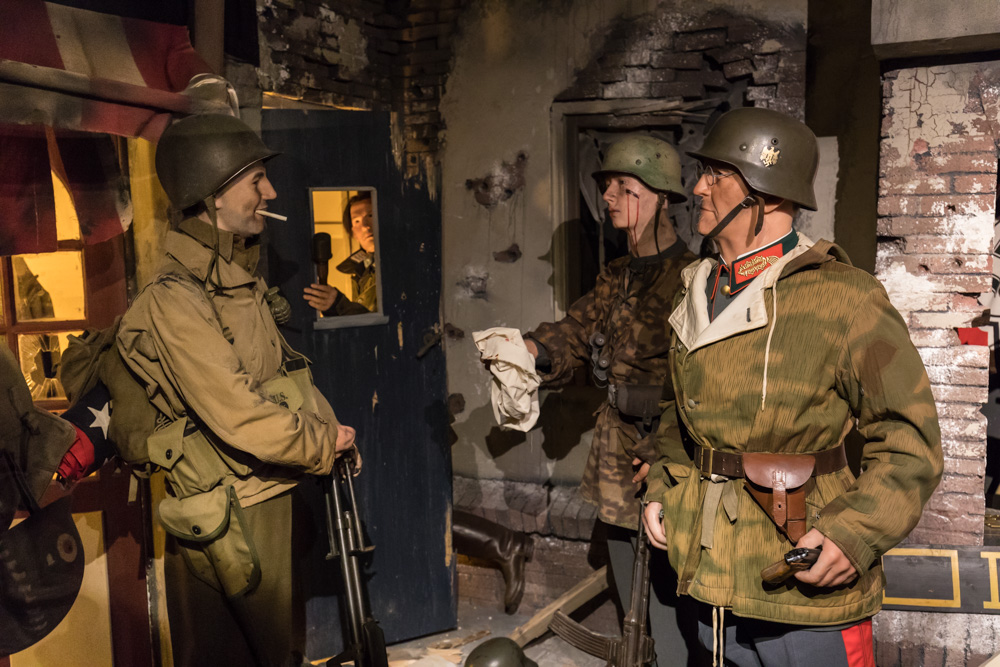 History
The Eyewitness Museum in Beek (Province of Limburg, the Netherlands) was opened in May 2013. After 2.5 years of construction work Wim Seelen realized a museum in which he could expose objects which he has collected during a ten years period. The museum shows the complete European theatre of the Second World War in 13 dioramas in which real life figures play their role.

The museum tells the story of the fictitious German paratrooper August Segel who joined the German forces in 1935. After the invasion of the Netherlands he fights in Russia, in Normandy, in the Ardennes and all the way to the streets of Berlin. His story is used as a framework for the different dioramas in order to provide more background information about the various battle fields.

Specials
In the museum only original equipment and uniforms have been deployed, even when nowadays replicas can only be distinguished from the actual things by real experts. The museum dedicates high value to provide history with the original items as those refer to the real stories. Even when it becomes more and more difficult to get hold of, mainly civilian, clothing from the war years. Throughout the museum a number of specials can be seen, amongst others: the original carbine of Prins Bernhard, original letters from Hitler, crockery from the chancellery and a unique suitcase with samples of the various German decorations.

Why its worth to pay a visit?
The thing that makes the museum into something special is the story which is being told; there are only a very few museums in Belgium, Luxemburg or the Netherlands that illustrate the story of the Second World War in combination with fantastic modern dioramas. It is a must for everyone who wants to learn more about the war. The whole of the museum is an experience and the letters Segel writes home, provide a realistic picture of the situation of the average soldier at the frontline. This makes it an interesting museum also for those who are less interested in war. As said before, for the real experts the museum is a source for original uniforms and equipment.

Location
The museum has been established in Beek near Maastricht, just next to the A2 freeway. In case you drive in the direction of Bastogne and the Ardennes, this museum is an excellent place to have a break on the way. Regarding the Second World War in that same area you will be able to find amongst others the Streekmuseum Maaskant ’44 (Regional Museum of the banks of the river Meuse 44), Fortress Eben Emael and the American War Cemetery in Margraten.

In case you might be interested in combining a visit to the Eyewitness Museum with things that do not concern the Second World War, you may want to pay visit to GaiaZOO in Kerkrade, Snowworld in Landgraaf, Kinderstad in Heerlen, the Grottos of Maastricht or of course a sightseeing tour of the city of Maastricht.

The future
After 2.5 years of construction the museum opened its doors in May 2013, but that was actually also only a beginning. After the opening, a number of things have been improved. The most important one is, that towards the end of 2013 touchscreens have been added with the fictitious letters from Segel. This provides the story which is being told with even more profile and depth. Furthermore the museum is already looking for an extension with an educational room in order to be of even more service to school classes and in order to expose the many gifts and donations received by the museum out of the region after its opening.