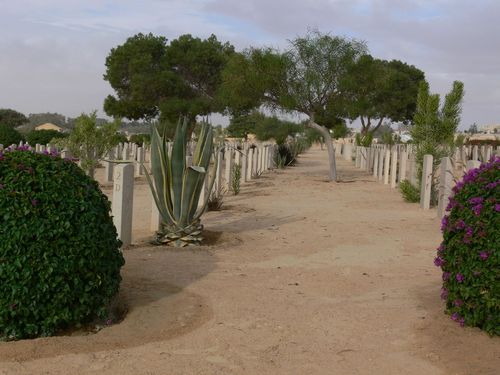 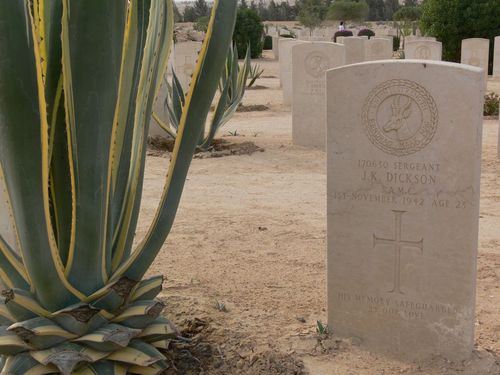 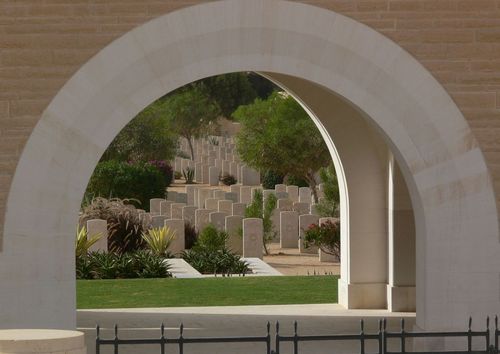 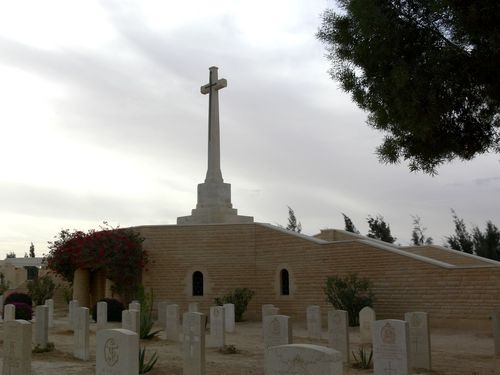 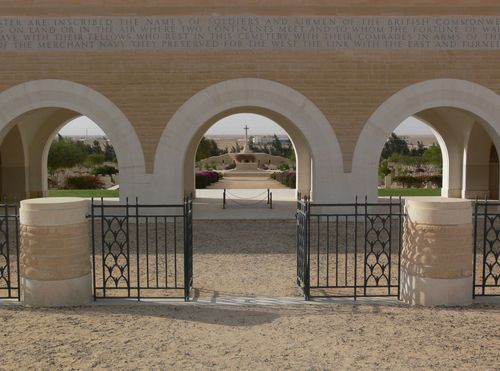 El Alamein War Cemetery contains the graves of men who died at all stages of the Western Desert campaigns, brought in from a wide area, but especially those who died in the Battle of El Alamein at the end of October 1942 and in the period immediately before that. The cemetery now contains 7,240 Commonwealth burials of the Second World War, of which 815 are unidentified. There are also 102 war graves of other nationalities. The Alamein Cremation Memorial commemorates more than 600 men whose remains were cremated in Egypt and Libya during the war, in accordance with their faith.