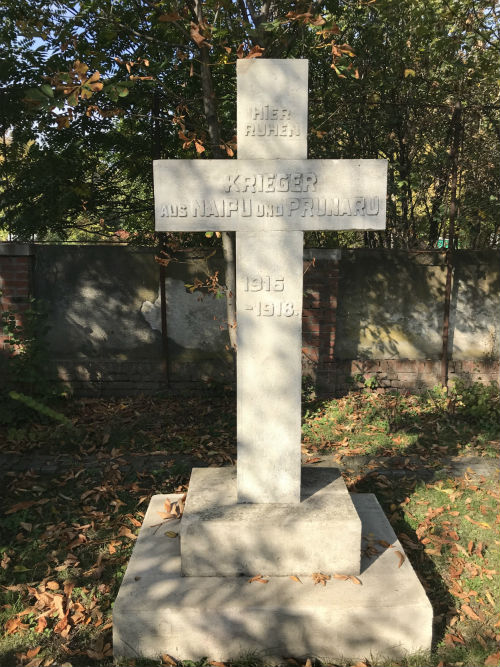 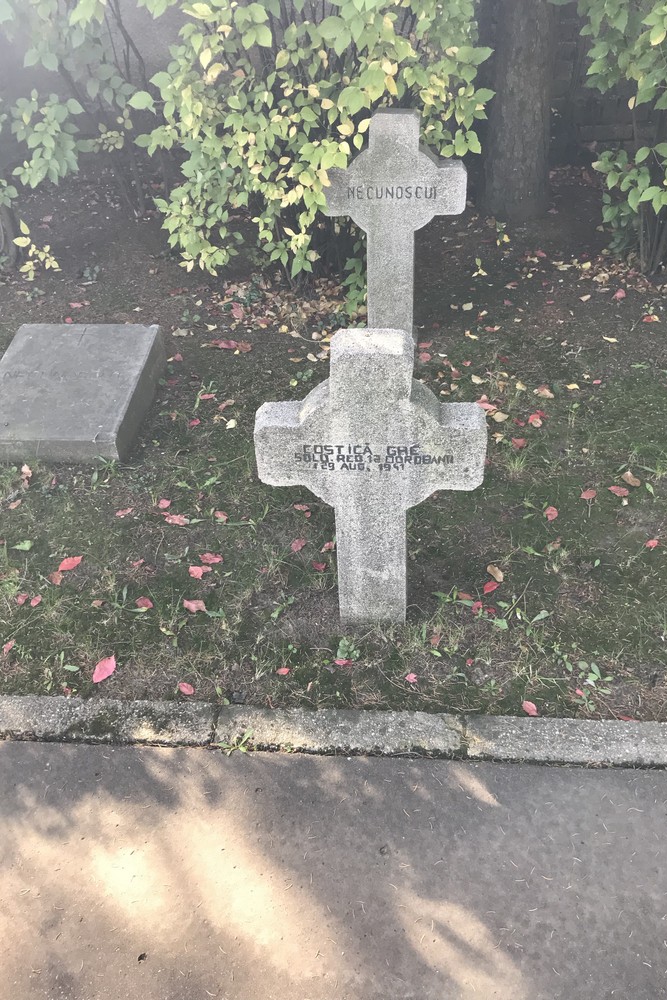 This grave contains the remains of six Romanian soldiers who fell between 1916 and 1918.

The monument is referring to 2 clashes that took place during the battle for Bucharest in Prunaru and Naipu, both located south west of Bucharest. The battle of Prunaru took place on 28 November 1916 when an Alpenkorps battalion from the 217th German division occupied Prunaru.

To avoid being encircled general Referandru of the 18th Romanian infantry division ordered his 43rd mixed brigade and the 2nd Roșiori regiment to attack the Germans. The cavalry regiment charged but was completely wiped out by German machine guns. Out of the 5,000 soldiers only 134 survived it. This give the 18th infantry division the possibility to withdraw back to Bucharest.

A couple of days later in the beginning of December another clash took place in Naipu, where troops of general Rezans 4th army after marching 50 miles in 2 days pushed back Von der Göltz cavalry division.

The Pro Patria war cemetery in Bucharest contains 28 Romanian war graves from the Second World War, related to the Odessa campaign in 1941. 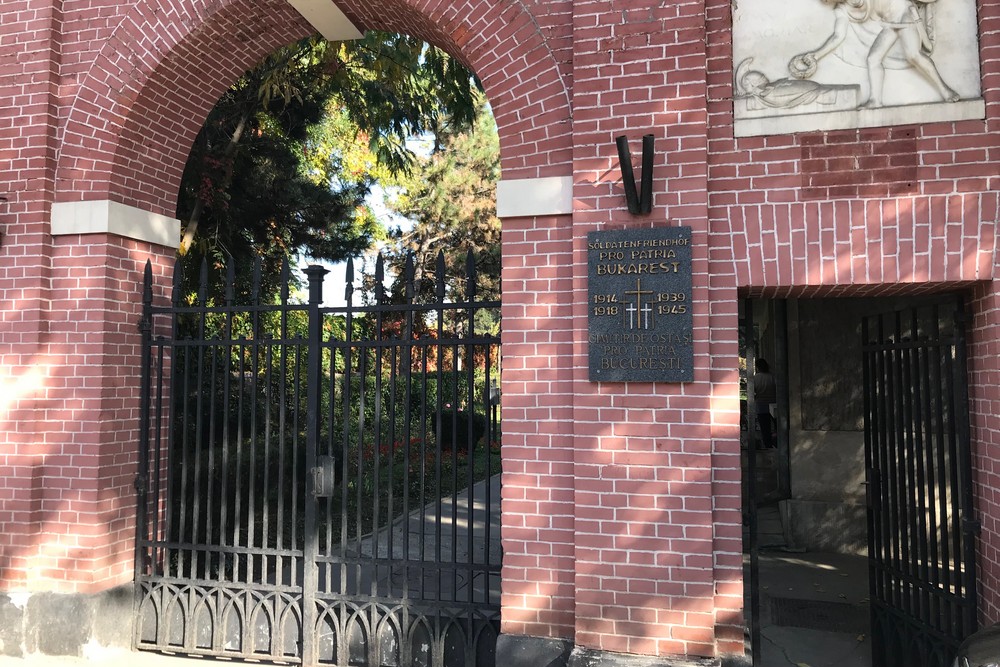