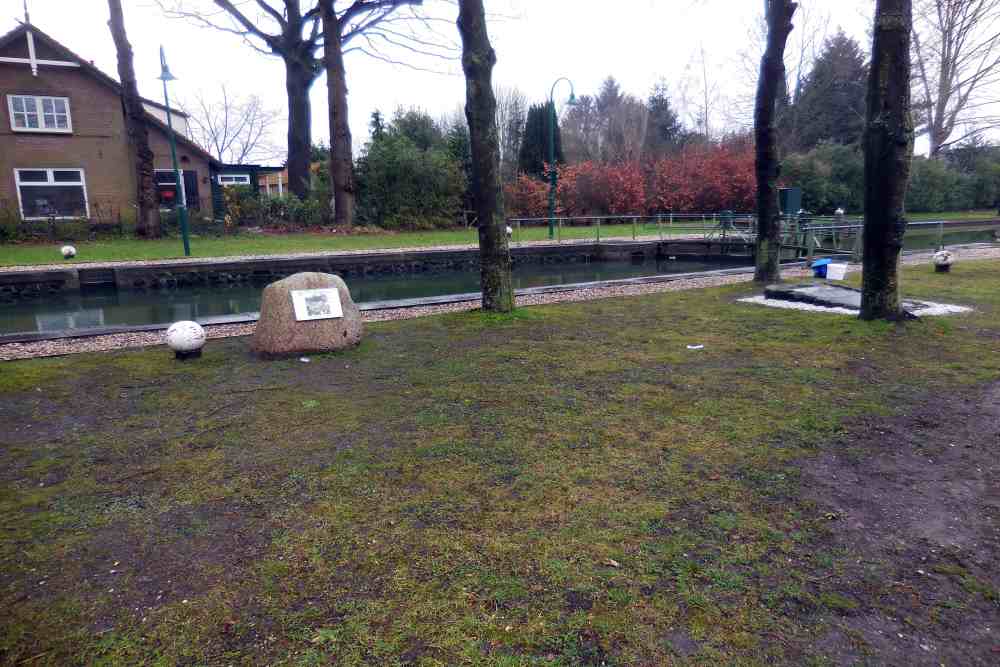 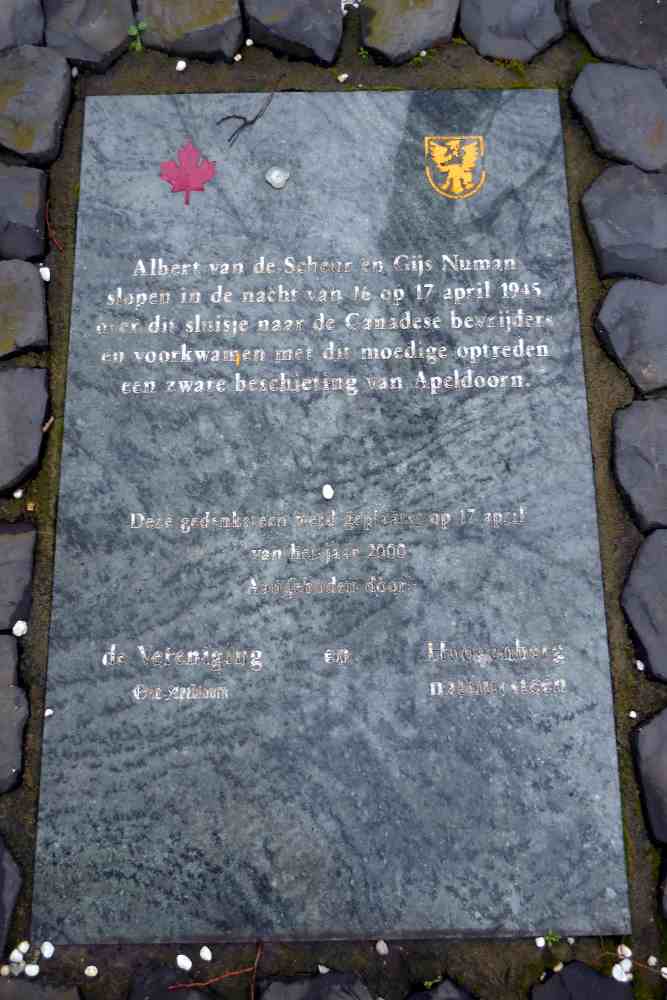 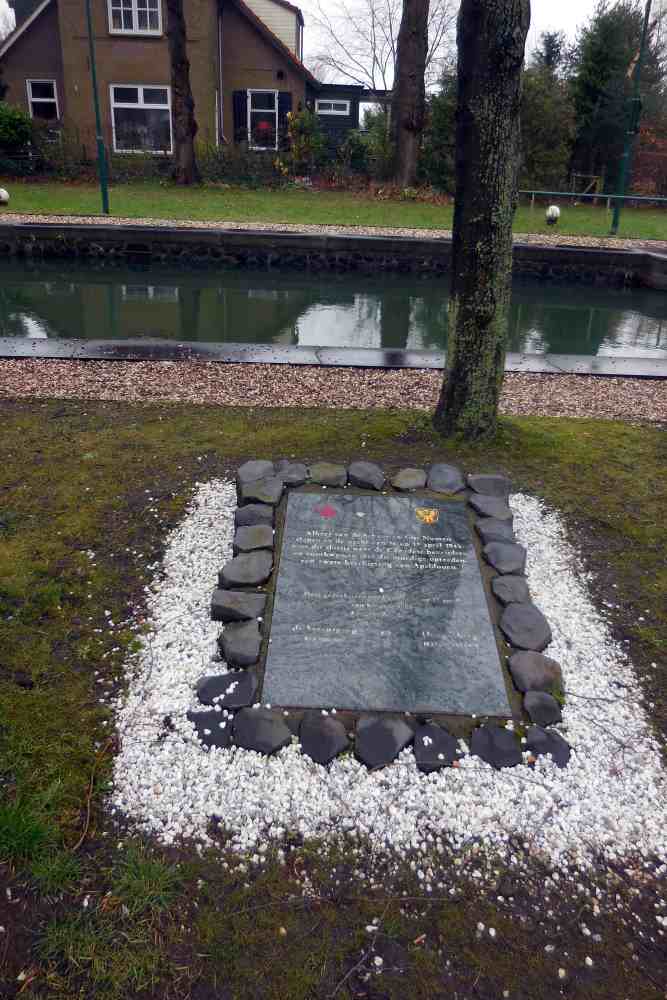 The text on the memorial stone can be translated as follows:

"Albert van der Scheur and Gijs Numan sneaked in the night of 16 - 17 April 1945 across this sluice to the Canadian liberators and prevented a heavy bombardment on Apeldoorn."

Between 13 and 16 April, there was much heavy fighting within and around the city of Apeldoorn. Nevertheless the Canadians didn't managed to cross the canal. The German stubbornness was so intense that the Canadian general staff came to the conclusion that Apeldoon was defended by approx. 3.000 German parachutists. That's why the Canadians prepared an immense bombardment on Apeldoorn. What they didn't know was that the Germans already left Apeldoorn in the night of 16 April. The two persons above mentioned prevented this devastating bombardment, by informing the Canadians about the German retreat.