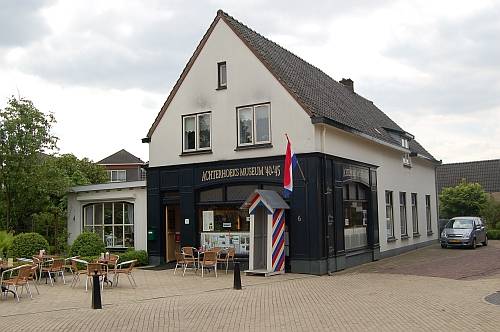 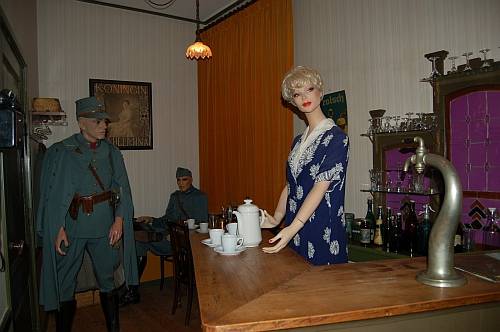 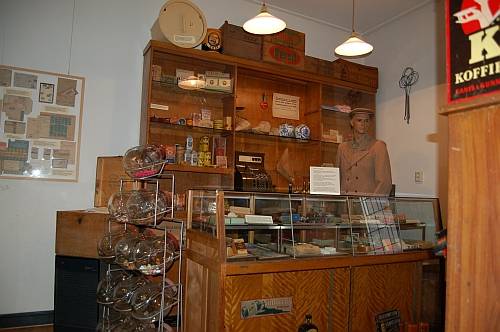 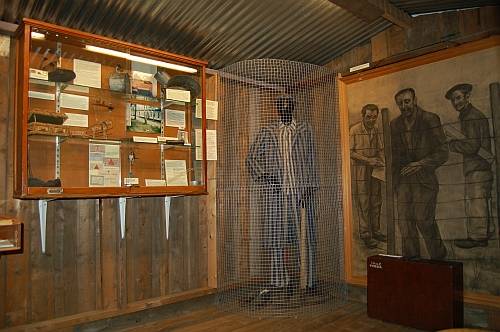 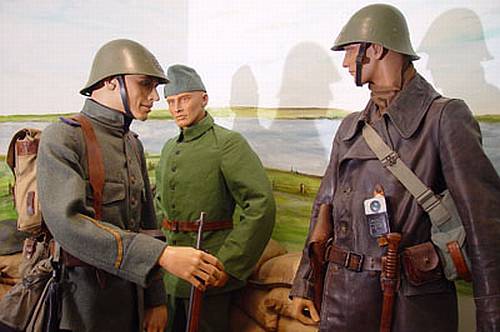 In the middle of the Achterhoek between Doetinchem and Vorden you can find a special museum. An unique collection of beautiful material from the period 1933-1945.

All the material is gatered by someone who was born in the war, but got, while collecting, fascinated by this material of stories behind the objects.
In this museum there are many special objects, uniforms, photo's and documents to be seen. Lifelike formations with Soldiers, so called diorama's give a realistic image of the situations during those 5 dark waryears.

A travel trough time
You will begin the visit with the rise of Hitler Germany complete with many symbolics of the Naziparty. Holland felt the threat of Hitler Germany and starts to mobilize. The strongly outdated Dutch Army is no party for the modern equipt attackers. A cafe in the mobilization time 1939-1940 and a reconstructed position at the IJssel give an impression from that time. The German possessor marches into Holland and five long and hard years will begin.

On the corner of the street stands an NSB person with the German newspaper 'Volk en Vaderland' in his hand. A shop in wartime gives a good image of the allday problems that civillians had to deal with. Coffee, Tea, Tabaccosubstitute, Sunlight soap and paperrope, all the things that give you the feeling to go back in time. Also the distribution is being explaned.

Allied and German aviators and also German Luftwaffe soldiers, EnglandSailors and the resistance get full attention. Working for the German possesor in the OT also known as Organisation Todt.

In a reconstructed barrack you get an impression of the Jewbaiting and the concentrationcamps. The bike with the massive tires won't be missed, there is really so much to see. 17 September 1944; The Battle of Arnhem'. And ofcourse the liberation of the Netherlands.