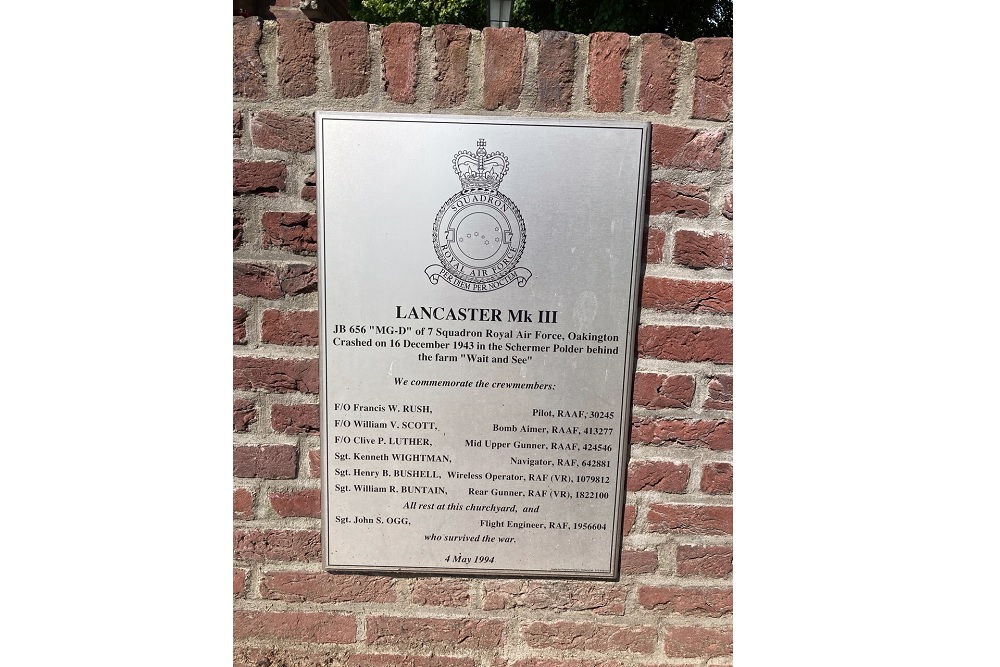 This Memorial commemorates the residents of Stompetoren to the crew of the Lancaster MKlll JB66 of 7 Squadron Royal Air Force which crashed on 16-12-1943 in de Schermer Polder in World War II.
One crew member, Sergeant John S. Ogg, survived the crash, the other six crew members are buried in the cemetery in Stompetoren.