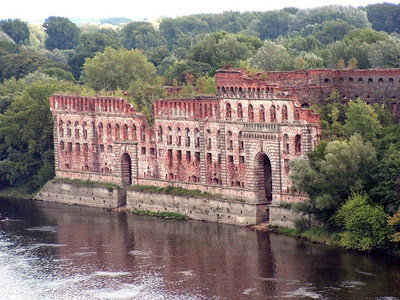 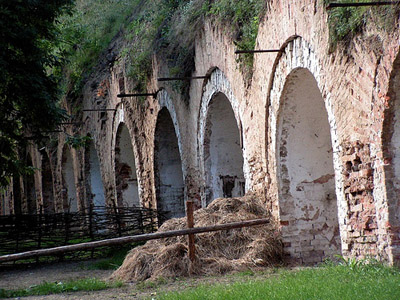 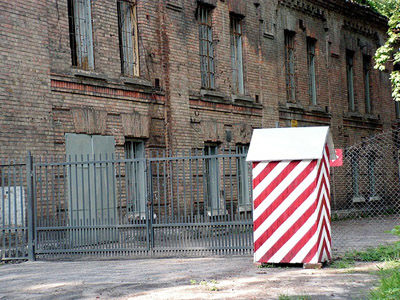 The Modlin fortress was built between 1806 and 1812 and is the biggest fortress of the 19th century on Polish soil. It saw action during the First World War.

The fortress served as headquarters of the defending Polish forces during the 'battle of Modlin'. The 40.000 strong garrison together with the armoured train 'Smierc' (Death) defended the fortress for 16 days against the Germans.

Fortress Modlin capitulated on September 29, as one of the last remaining Polish army units. During the occupation of Poland, German troops were stationed and trained here. The fortress was captured by the Red Army on 18 January 1945.

The fort today:
It is currently partly owned by private agencies and the Polish defence force. Most of the buildings are abandoned.