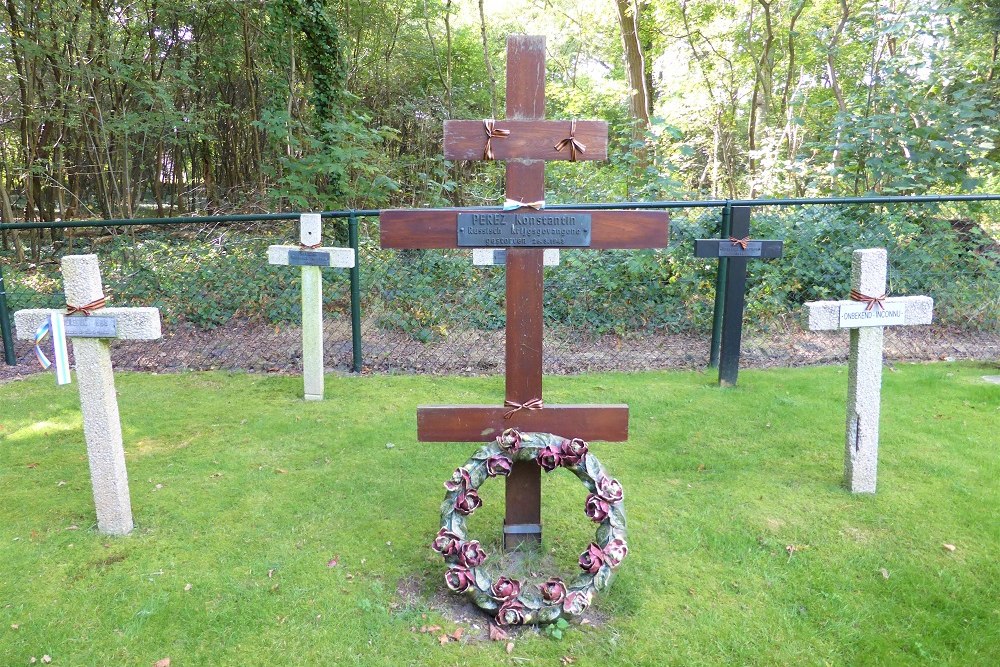 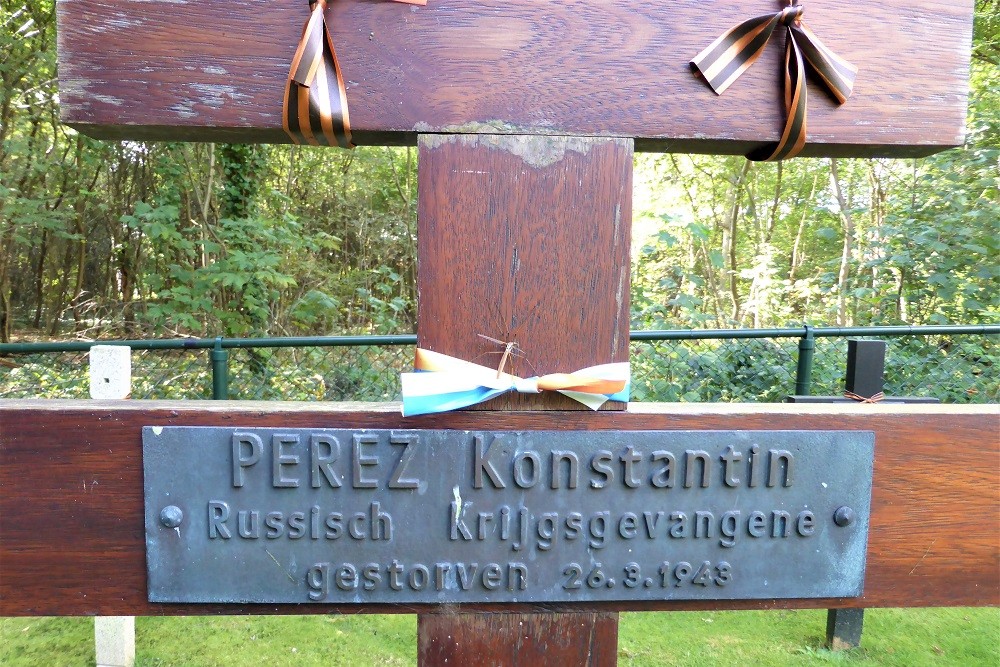 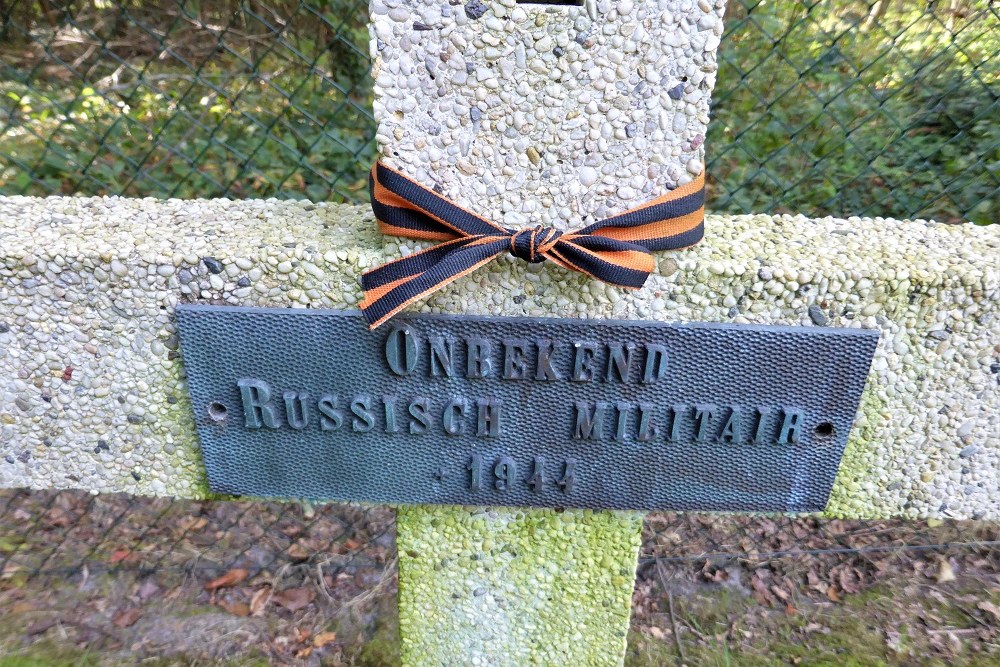 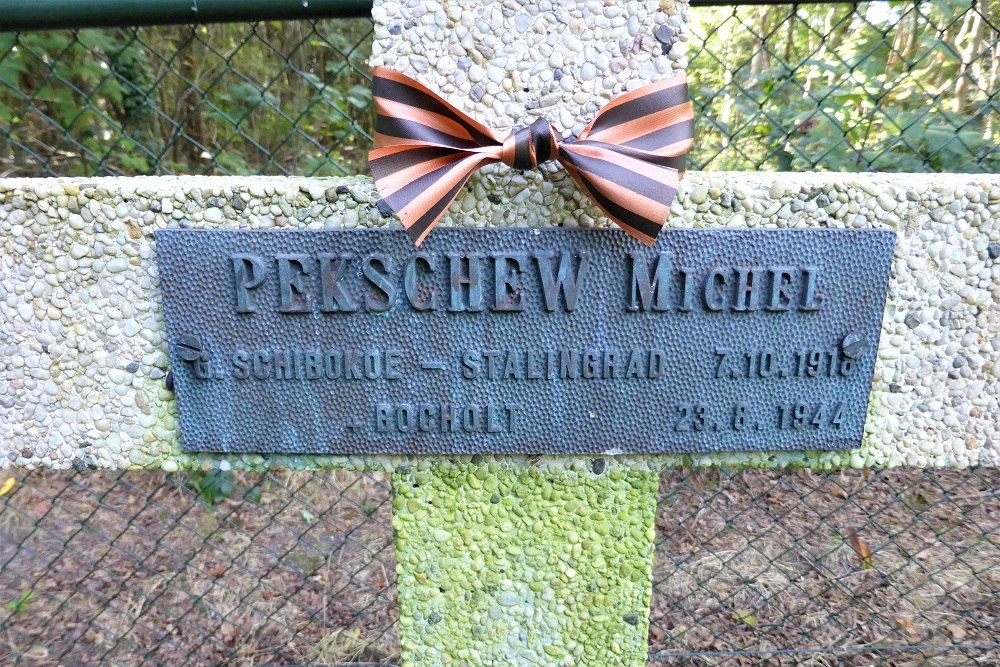 All the way back in a corner at the Belgium War Cemetery in Leopoldsburg are some graves of Russian prisoners of war who died in World War II.

Leopoldsburg was originally a German war cemetery after the First World War.
After the Second World War in 1945, the more than 500 German graves were transferred to the large German collective cemetery in Lommel. Belgian soldiers, political prisoners, deportees and executed Belgians of World War II were buried here, as well as some Russian prisoners of war. 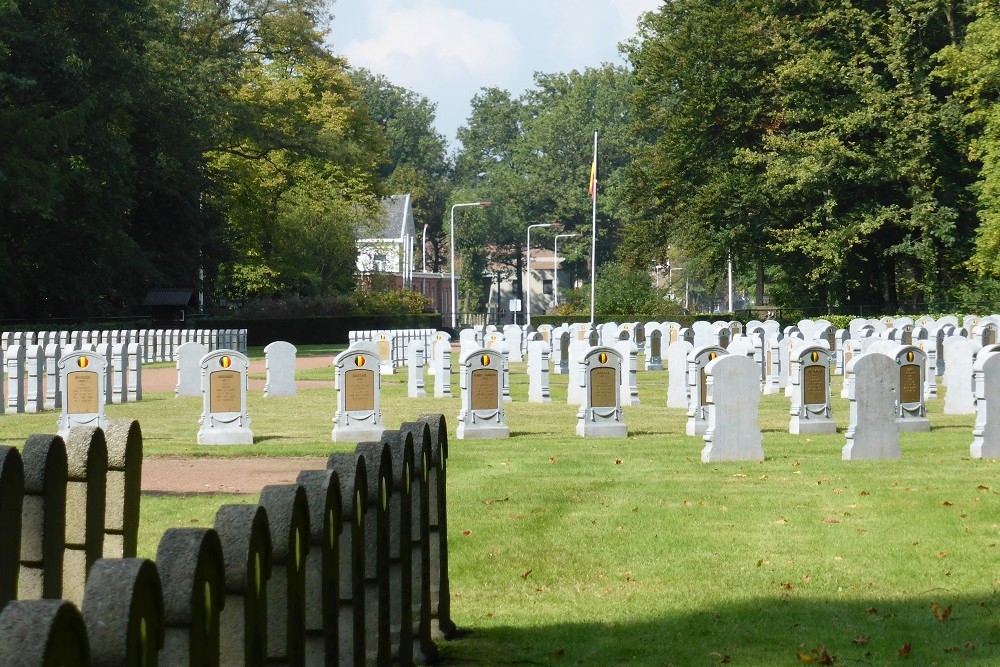