Anchor Ship of the Line 'Waterloo' 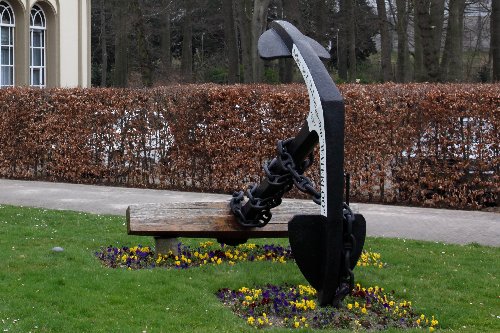 At the end of December 1826 this ship set sail carrying infantry troops to support the armed forces at Java, where a war was going on. On its journey it ran into a heavy storm. It lost all its masts. Near the island of Borkum the anchor was dropped. This saved all on board. In 1877 the secretary of state for the Navy donated the anchor to Bronbeek. It has been a symbol of the hold that Bronbeek gives to the retired service man. Since 1997 the annual commemoration of the hundreds of men that perished on 27-28 February 1942 in the Battle of the Java Sea is being held near this anchor on 27 February.