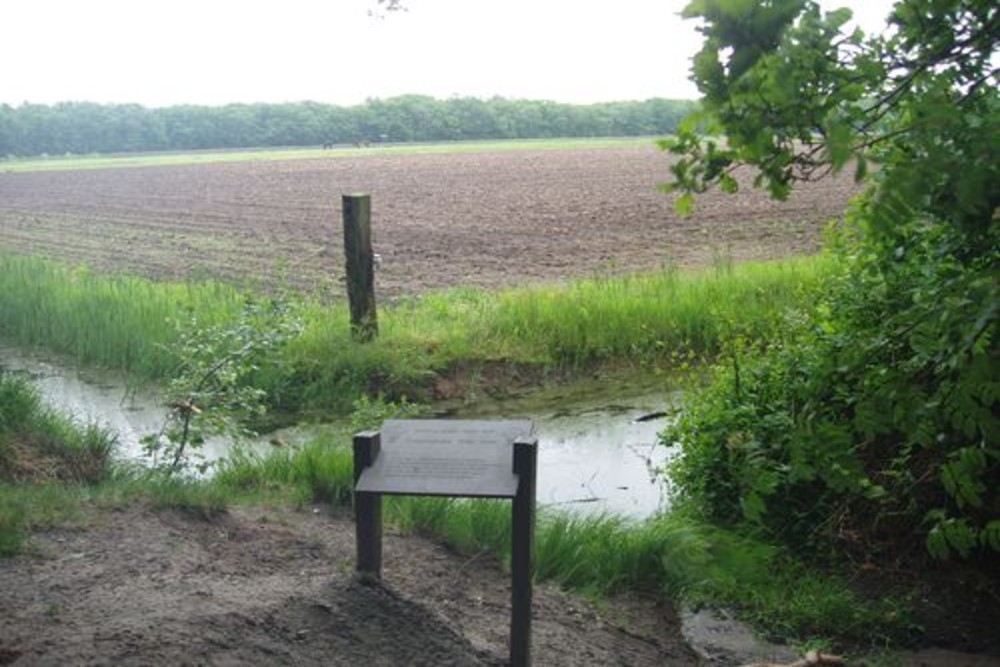 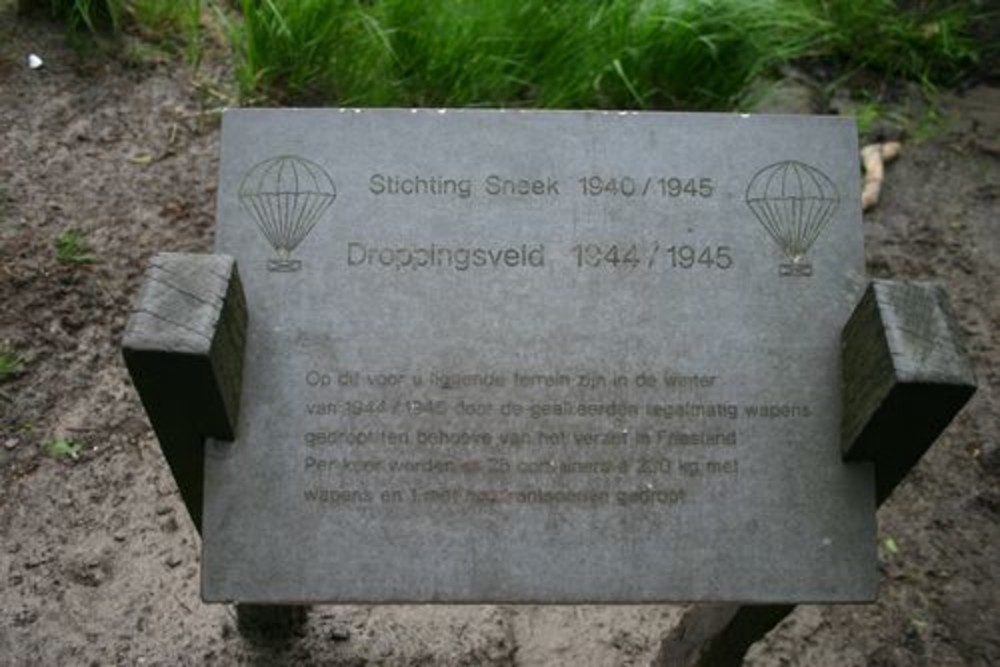 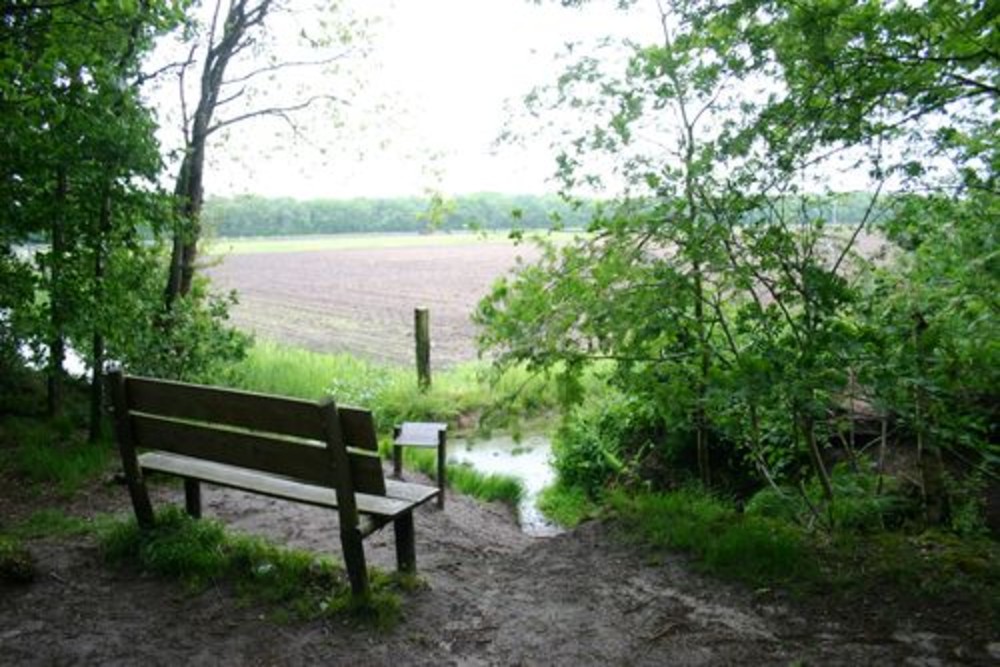 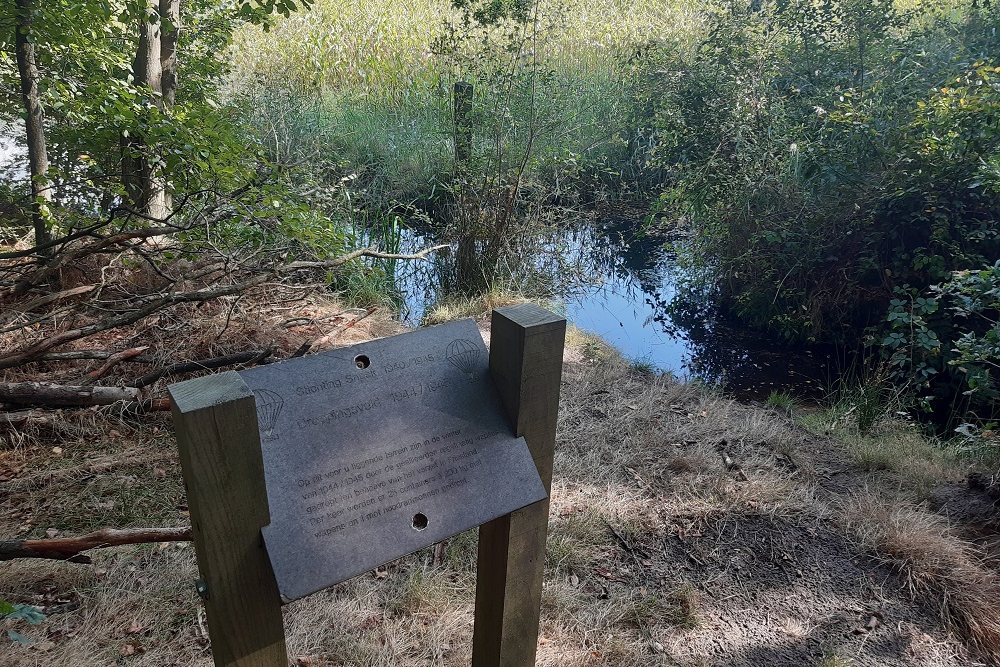 The Monument in the Haulsterbos reminds the inhabitants of Haskerhorne of the large arms drops by the Allies in the Second World War over Friesland.

Since the foundation of the Dutch Interior Forces in September 1944, weapons have been dropped on ten sites in Friesland. In addition to the meadows at the Haulsterbos, this happened near Exmorra, Witmarsum, Wommels, Tzum, Katlijk, Mildam and on the border of Drenthe and Groningen. Each place had its own code. That's what Aalsum said: 'The worm has red hair'. For Haskerhorne, the slogan 'If the shoe fits, wear it'. When resistance members had heard this code for the Belgian broadcast of the BBC, they could expect a drop at night.

Most weapons were dropped in district three of the Interior Forces, Haskerland. The first dropping took place here in October 1944. Then three more followed. The resistance members Dick Brouwer, Johannes Jonkman, Bouke van der Wal, Marten Harmsma and Gerben Oppewal were involved in these droppings. For about 1,300 men, weapons fell from the sky here. In total, the Allies dropped weapons for 3000 Frisians.

The Monument was no longer present at the dropping field in August 2017.