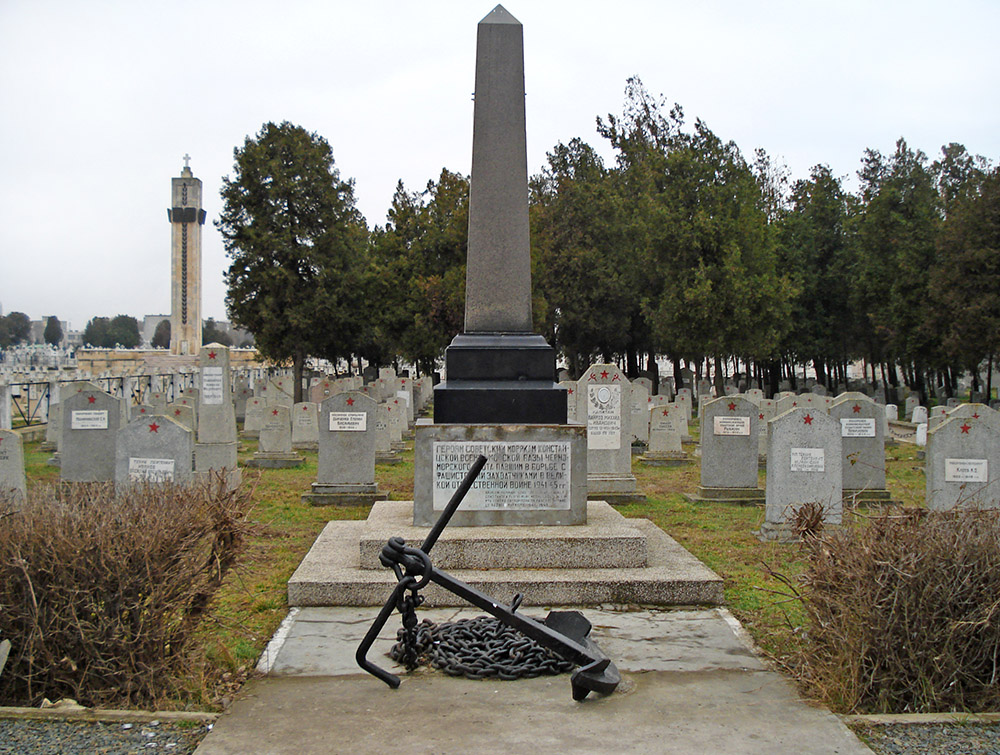 The central cemetery of Constanta contains the burials of 555 Sovjet soldiers who fell during the Second World War. The inscription on the obelisk reads:
"Glory to the Soviet hero sailors of the Constanta Naval Base of the Black Sea Fleet fallen in the fight against the fascist aggressors in the Great Patriotic War 1941-1945." 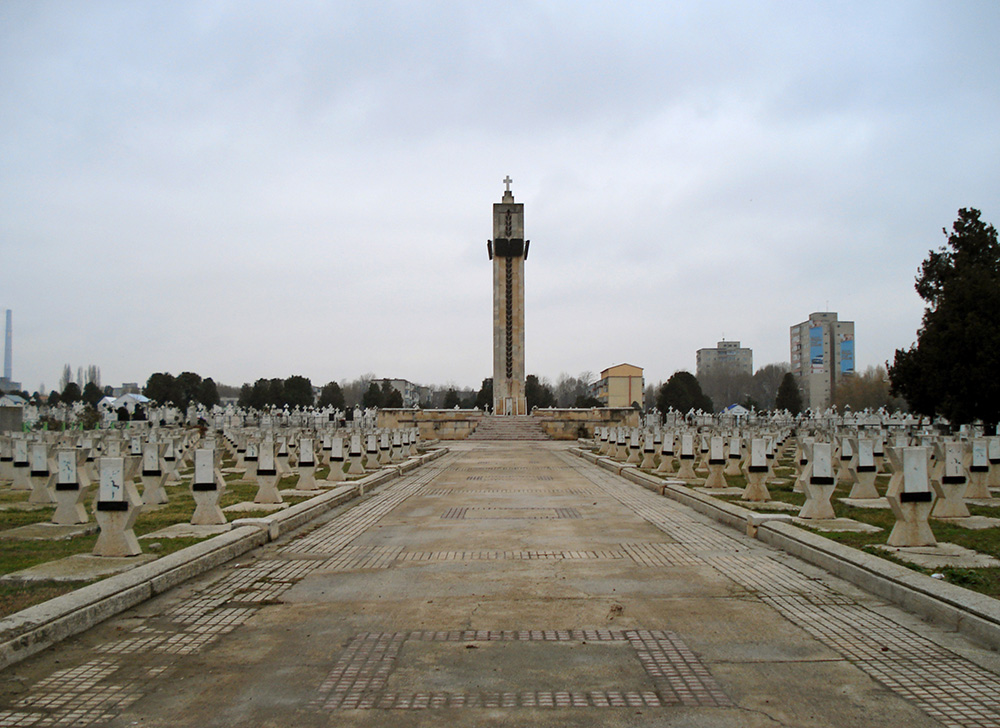