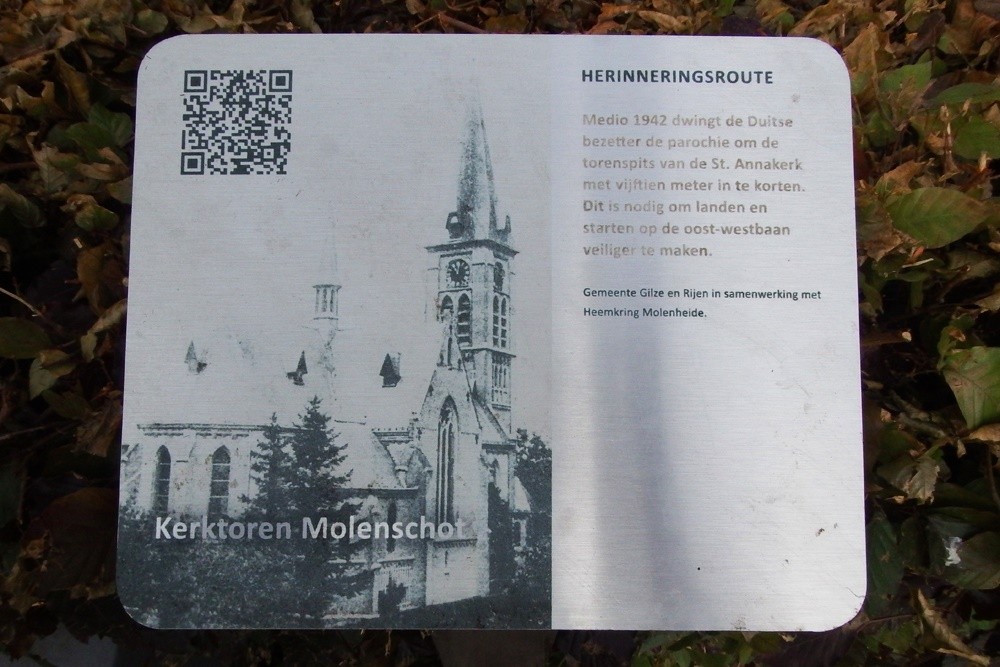 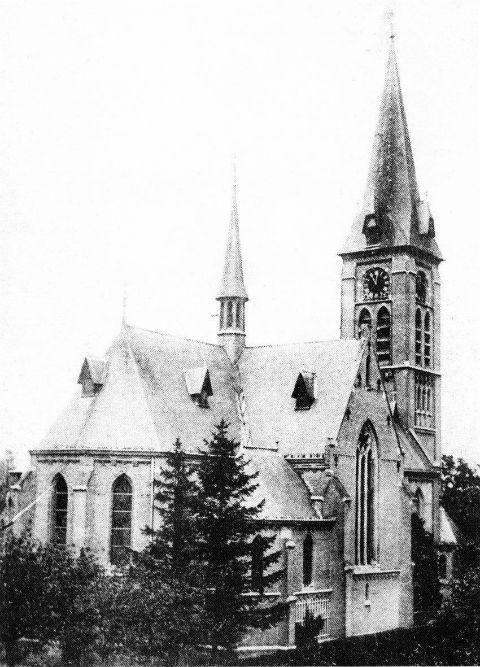 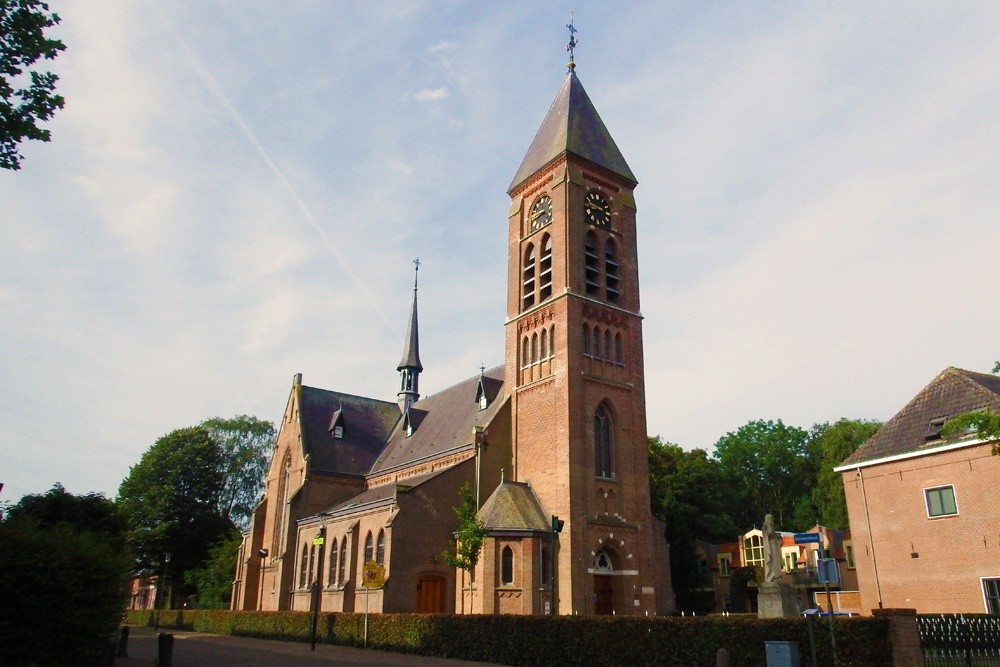 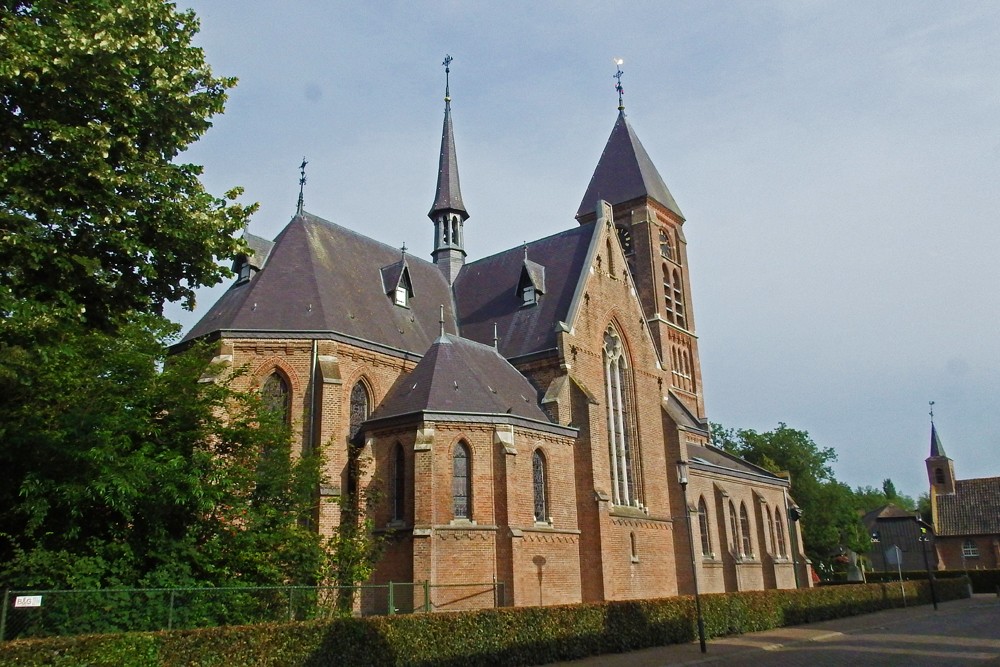 The church tower of Molenschot is an extension of the east-west runway of the airport. This caused problems during the Second World War. The occupier ordered the spire to be shortened by fifteen meters. As a result, the pointed tower disappeared forever from the image of Molenschot.

Safety was and is an important factor for an airport. Hundreds of white lights therefore clearly indicate the boundary of an airstrip. They can be ignited for each job individually. Green lights mark the beginning of the track and red lights at the end. You will also find the latter on all high obstacles at and around the airport.

In Gilze that were during the war the church tower, the water tower, the town hall and the mill of Fr. Hoevenaars on the Oranjestraat. In Rijen, the chimney of Lederfabriek Noord Brabant received a red lamp.

The correct approach path to each runway was initially marked by a row of lamps on wooden (telephone) poles; one lamp on every tenth pole up to two kilometers in line with the track. Later, at the end of November 1940, each "Ipad" was made more than three miles long and ran in six directions far beyond the boundaries of the airport.