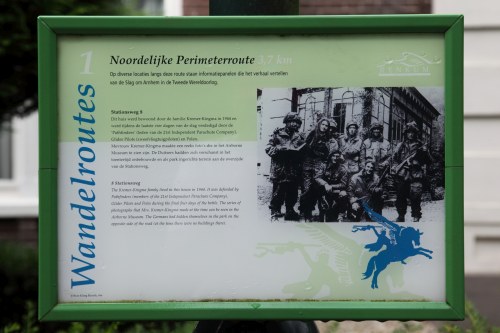 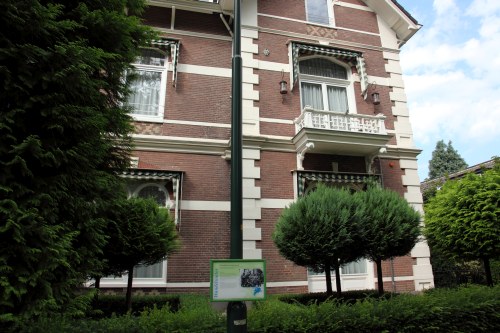 8 Stationsweg
The Kremer-Kingsma family lived in this house in 1944. It was defended by Pathfinders (members of the 21st Independent Parachute Company), Glider Pilots and Poles during the final four days of the Battle. The series of photographs that Mrs. Kremer-Kingsma made at the time can be seen in the Airborne Museum. The Germans had hidden themselves in the park on the opposite side of the road (at that time there were no buildings there).