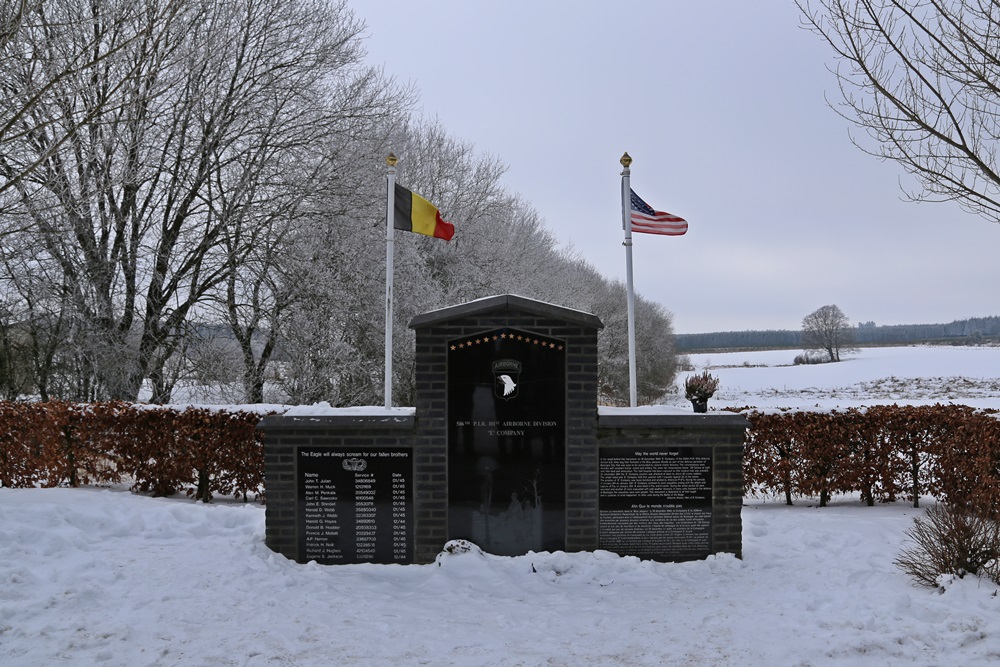 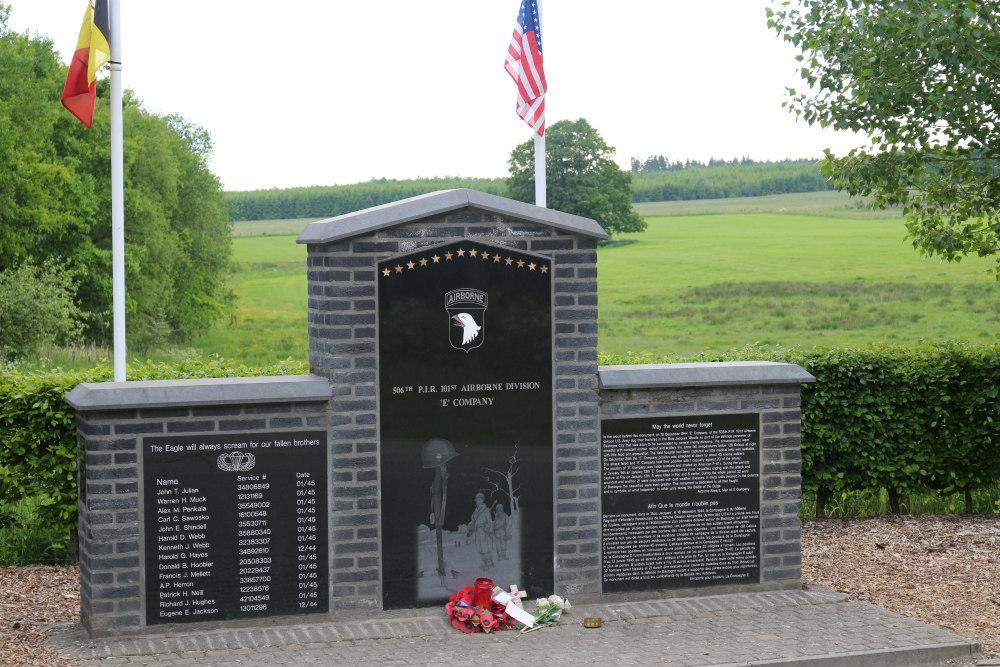 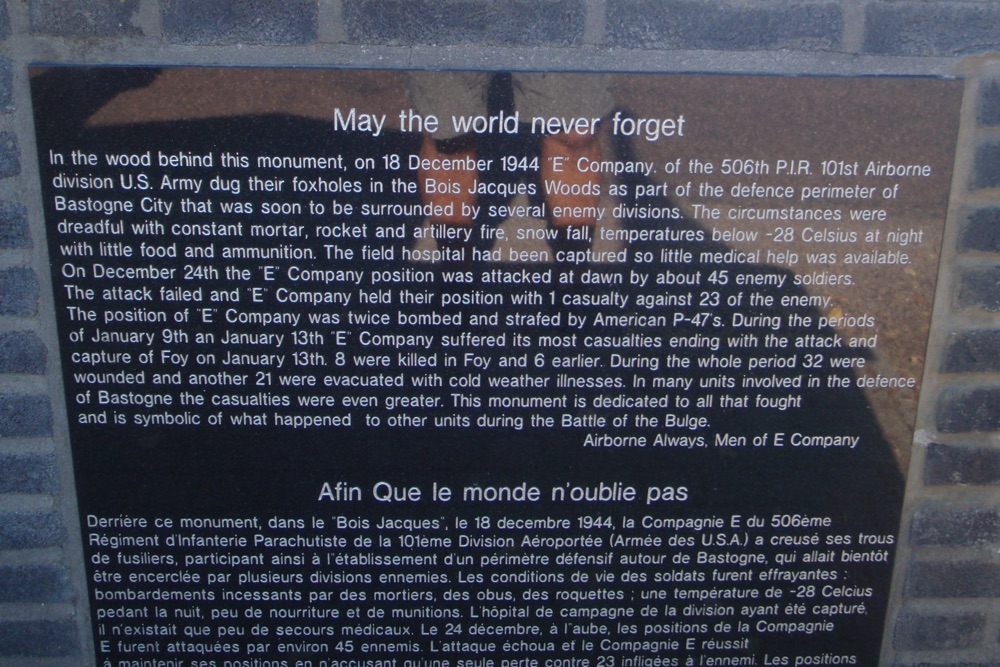 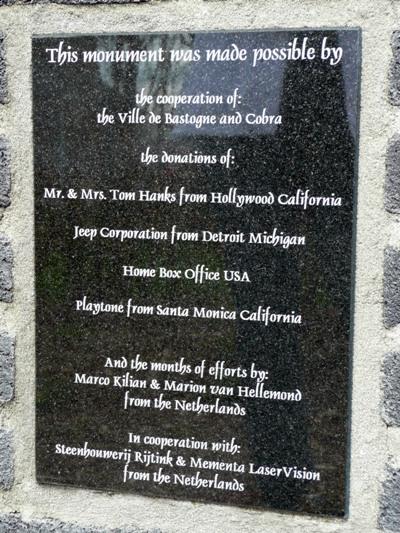 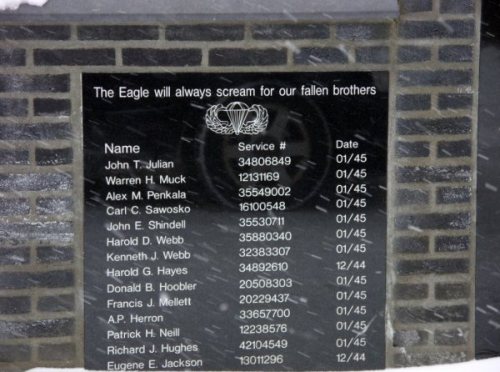 Monument built by The Men of Easy Company Foundation and the Group COBRA. It is dedicated to the men of E Company / 506th PIR / 101st Airborne Division and especially to the 14 men killed in action in this area. (June 10, 2005)

May the world never forget

In the wood behind this monument, on 18 December 1944 "E" Company of the 506th P.I.R. 101st Airborne division U.S. army dug their foxholes in the Bois Jacques Woods as part of the defence perimeter of Bastogne City that was soon to be surrounded by several enemy divisions.
The circumstances were dreadful with constant mortar, rocket and artillery fire, snow fall, temperatures below -28 Celsius at night with little food and ammunition.
The field hospital had been captured so little medical help was available. On December 24th the "E" company position was attacked at dawn by about 45 enemy soldiers. The attack failed and "E" company held their position with 1 casualty against 23 of the enemy.
The position of "E" company was twice bombed and strafed by american P-47's. During the periods of January 9th an January 13th "E" company suffered its most casualties ending with the attack and capture of Foy on January 13th. 8 were killed in Foy and 6 earlier. During the whole period 32 were wounded and another 21 were evacuated with cold weather illnesses.
In many units involved in the defence of Bastogne the casualties were even greater. This monument is dedicated to all that fought and is symbolic of what happened to other units during the Battle of the Bulge.