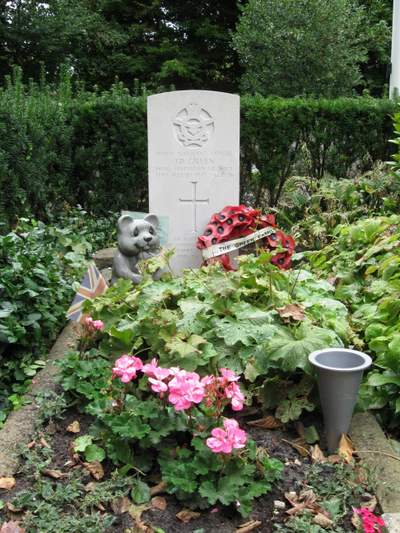 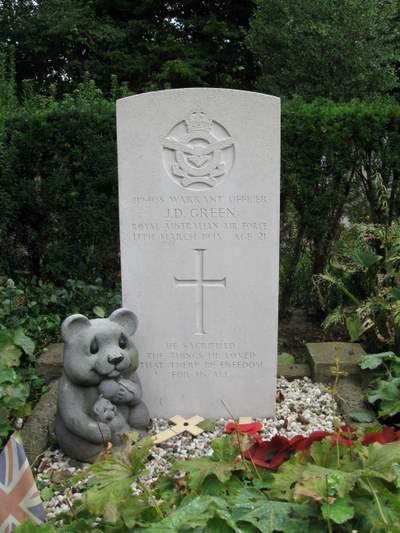 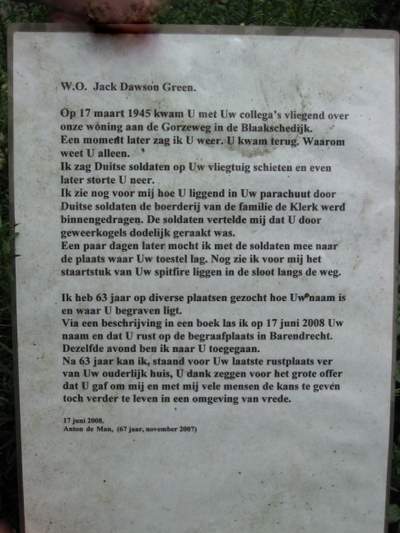 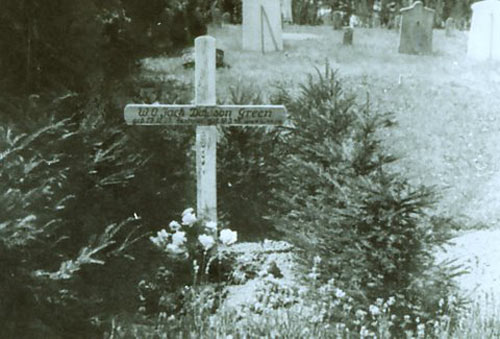 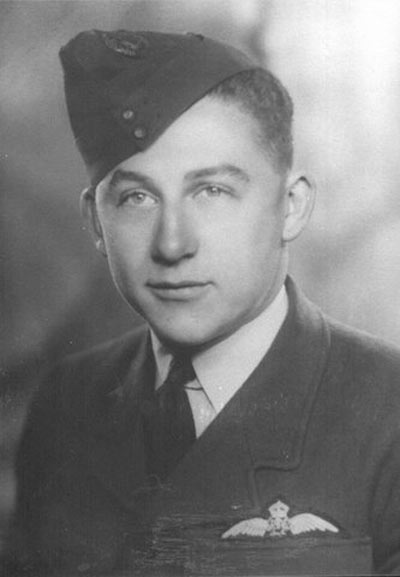 This cemetery contains one Commonwealth war grave of the Second World War.

Text on the grave:

Against the stone a wreath with poppies has been placed, with a ribbon with a greeting from "The Green family", also there is a plasticized page, on which a story has been printed with which an eyewitness states what he has seen happening on that fatal day, March 17th, 1945.

The text on that paper sheet can be translated as follows:
W.O. Jack Dawson Green.

On March 17th, 1945, you and your colleagues flew across our houses at the Gorzeweg at Blaakschedijk.
A moment afterwards I saw you again. You had turned back. Why, is only known by you.
I saw German soldiers take shots at your airplane and a moment later you crashed.
I still see in my mind how you were carried in your parachute by German soldiers and were brought inside into the farmhouse of the Klerk family. The soldiers told me that you were mortally hit by rifle shots.
A few days later on I was allowed to come along with the soldiers to the place where your aircraft was. Still today I see before my eyes the tail section of your Spitfire laying in the ditch along the roadside.

For 63 years I have been researching in various places what your name was and where you were laid to rest.
Through a description in a book I found your name on June 17th, 2008 and that you were buried on the cemetery of Barendrecht.
That same evening I went to visit your grave.
Now, after 63 years I can thank you, while standing at your grave so far from your parental home, for the final sacrifice you made in order to provide to me and many other people a chance to continue to live in peace.