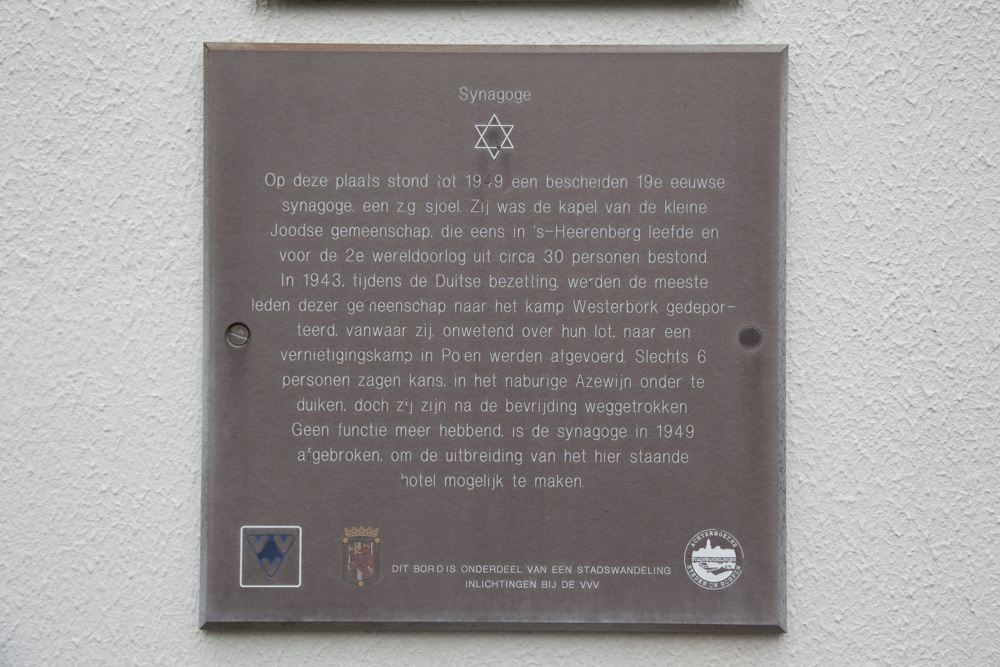 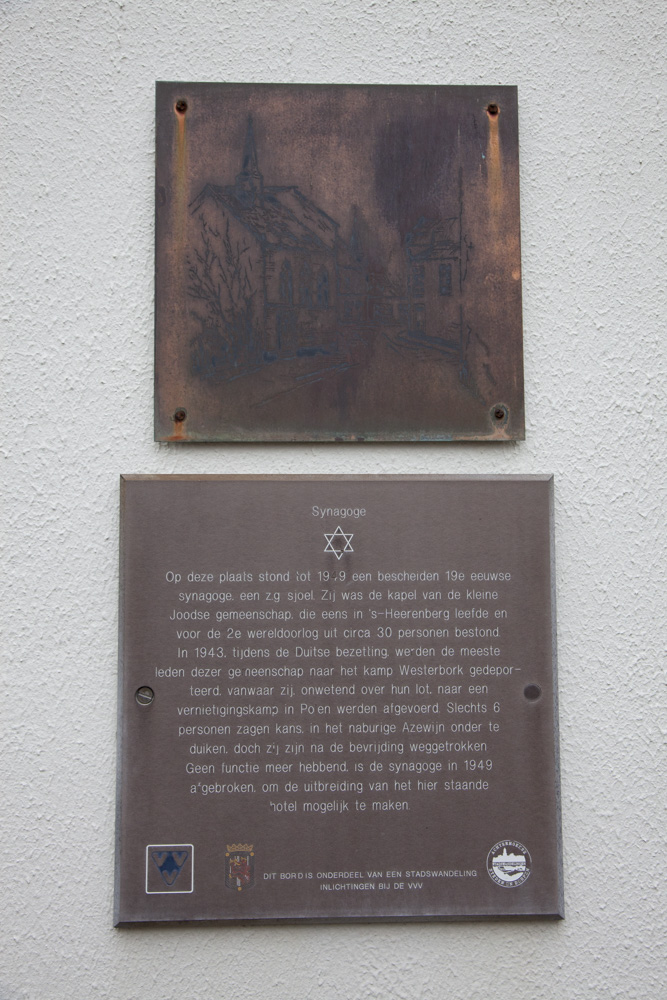 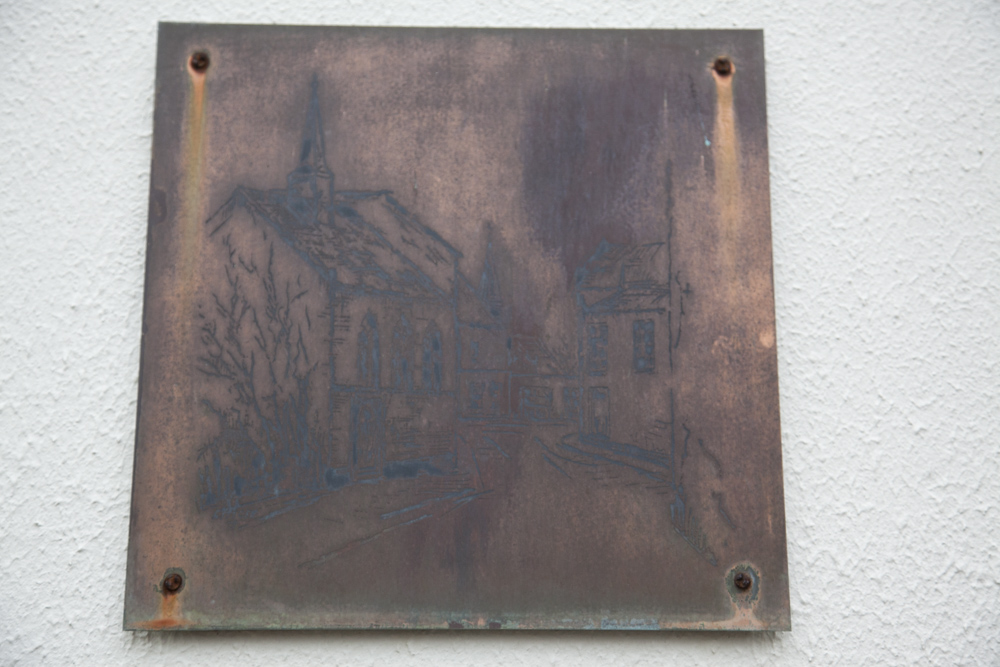 The text on the plaque is:
Till 1949 there was a small synagogue at this spot dating from the 19th century.It was the chapel of the small Jewish community that once lived in 's Heerenberg. Prior to World War Two it had about 30 members. In 1943, during the German occupation, the majority of the members of this community was taken to camp Westerbork, having no idea what their fate would be. From there they were brought to a destruction camp in Poland. Only 6 persons were able to take refuge in nearby Azewijn. After the liberation they moved away. In 1949 the synagogue had no function anymore and was demolished to make room for the extension of the hotel.