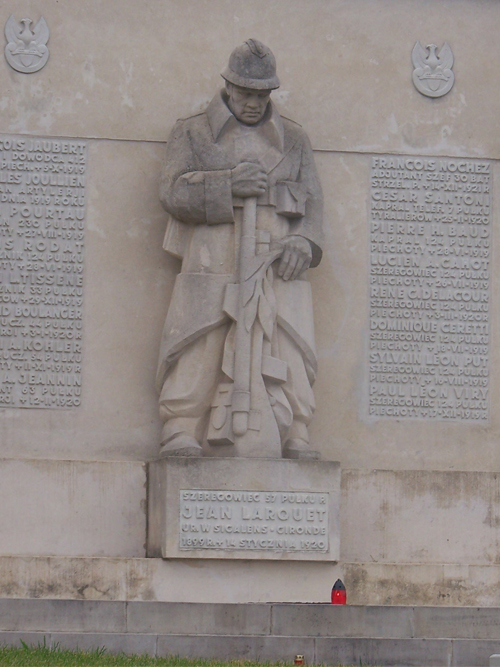 This memorial commemorates the 17 French war volunteers (9 officers, two corporals, six privates) who fell in the Polish-Soviet War (1919-1920). Over the course of time, their bodies - at the request of families - were transported back to France, leaving the private Jean Larouet the only Frenchman buried on this cemetery. His grave is underneath the memorial. There is also 'holy earth' from the following First World War battlefields buried here: