Dönitz is indicted on Counts One, Two and Three (explanation). In 1935 he took command of the first U-Boat flotilla commissioned since 1918; became commander of the submarine arm in 1936; was made Vice-Admiral in 1940, Admiral in 1942 and on 30 January 1943 Commander-in-Chief of the German Navy. On 1 May 1945 he became the Head of State, succeeding Hitler.

Although Dönitz built and trained the German U-Boat arm, the evidence does not show he was privy to the conspiracy to wage aggressive wars or that he prepared and initiated such wars. He was a line officer performing strictly tactical duties. He was not present at the important conferences when plans for aggressive wars were announced and there is no evidence he was informed about the decisions reached there. Dönitz did however, wage aggressive war within the meaning of that word as used by the Charter. Submarine warfare which began immediately upon the outbreak of war, was fully co-ordinated with the other branches of the Wehrmacht. It is clear that his U-boats, few in number at the time, were fully prepared to wage war.
It is true that until his appointment in January 1943 as Commander-in-Chief he was not an Oberbefehlshaber. But this statement underestimates the importance of Dönitz' position. He was not just any army or division commander. The U-Boat arm was the principal part of the German fleet and Dönitz was its leader. The high seas fleet made a few minor, if spectacular raids during the early years of the war, but the real damage to the enemy was done almost exclusively by his submarines, as the millions of tons of Allied and neutral shipping sunk will testify. Dönitz was solely in charge of this warfare. The Naval War Command reserved for itself only the decision as to the number of submarines in each area. In the invasion of Norway, for example, he made recommendations in October 1939 as to submarine bases, which he claims were no more than a staff study and in March 1940 he made out the operational orders for the supporting U-boats, as discussed elsewhere in this Judgment.

concentration camp
Closed camp where people are being held captive that are considered to be anti- social, enemies of the state, criminal or unwanted individuals. These groups mostly do not get a fair trial or are condemned to doing time in a camp.
crimes against humanity
Term that was introduced during the Nuremburg Trials. Crimes against humanity are inhuman treatment against civilian population and persecution on the basis of race or political or religious beliefs.
division
Military unit, usually consisting of one upto four regiments and usually making up a corps. In theory a division consists of 10,000 to 20,000 men.
invasion
Armed incursion.
resistance
Resistance against the enemy. Often also with armed resources.
torpedo
A weapon of war. A cigar shaped body fitted with explosives and a propulsion and control mechanism. Intended to target after launch a nearby enemy ship and disable it by underwater explosion.
U-Boat
The German name for a submarine. German U-Boats (Submarines) played a very important role during the course of warfare until May 1943. Many cargo and passenger ships were torpedoed and sunk by these assassins of the sea.
war crimes
Crimes committed in wartime. Often concerning crimes committed by soldiers against civilians.
Wehrmacht
German armed military forces, divided in ground forces, air force and navy. 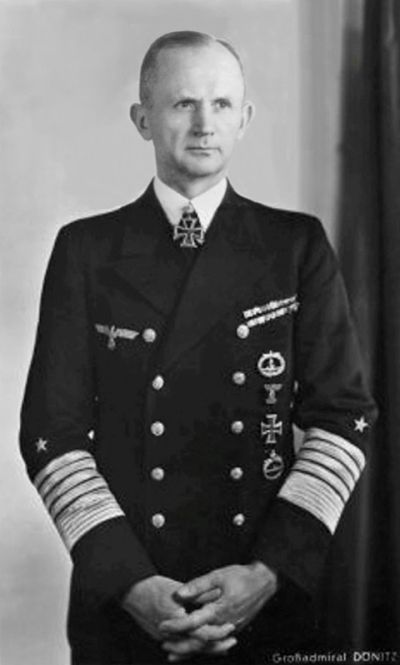