May 10th, 1940, the Wehrmacht started their massive offensive against Belgium, the Netherlands, Luxemburg and France. A month of intense fighting later, the French government, to save their country from total destruction, decided to sign an armistice with Germany on June 22, 1940. The news shocked everyone, the powerful empire of France had fallen only within weeks of fighting. Unfortunately for the Allies with the armistice came the liberation and the re-integration of more than 400 German Luftwaffe pilots, until then French prisoners of war, which would be added to Great Britains misfortune playing an important role during the battle of England. However, since the start of the war, the Brits wanted France to place their prisoners in a safe place like on their island or in a far French colony.

After this major defeat of the Allied forces and the recovery of Germany of more than 400 pilots and other thousands of soldiers, Great Britain knew it had to prepare itself for an invasion or at least a powerful attack. The government didnt want to risk having prisoners going back to the service of the Third Reich in case of defeat, nor did they want to have prisoners uprising or escape from their camps. A final decision was taken to send the prisoners to colonies, especially Canada (for the Germans. The Japanese soldiers were most of the time sent to India or Australia).

The first World War 2 military German prisoners (from the Wehrmacht, Luftwaffe, Kriegsmarine, etc.) arrived in Canada via the Halifax port. They were usually transported in cargo ships coming back to Canada to pick up more war supplies. These ships werent really targeted by the vicious U-boats, the crews knowing there were probably some German prisoners of war on the ships. When they arrived at their destination, they were transferred to trains that would directly take them to their attributed camp. The prisoners were separated at their arrival by the level of risk they represented and were then dispatched in different provinces of the country. In total, from 1940 to 1946, more than 37,000 German and Italian war prisoners were imprisoned in Canada, distributed over about 30 camps, guarded by the national defense branch of the Royal Canadian Army. 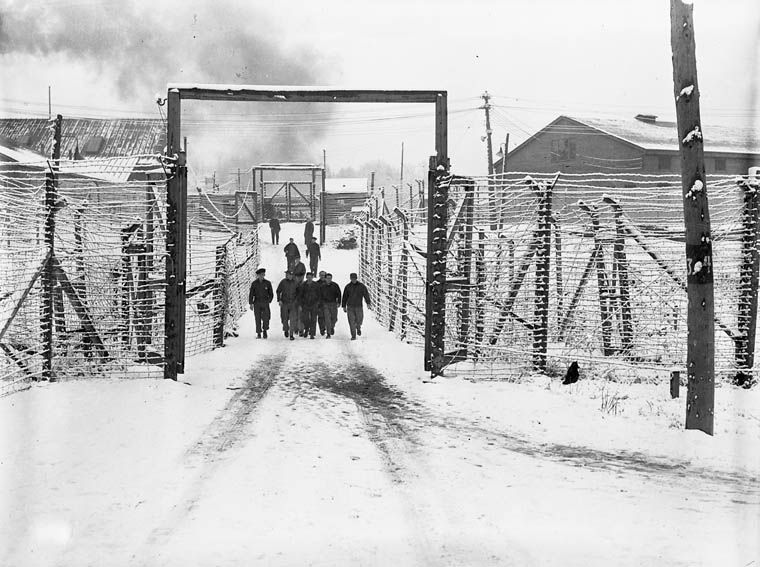 The conditions in the camps werent bad or unhealthy because they were under the rule of the Geneva convention, signed in 1929 to guarantee human rights, especially for the living conditions of the prisoners of war. Prisoners were able to communicate with their families or friends by mail provided by the Red Cross organisation. Of course, the letters sent by the inmates were imperatively opened and read to make sure no compromising information (such as plans, military or industrial information, maps, etc.) could be sent. The food and water were also provided in a good quantity for the prisoners survival and health. In 1940, when Canada first received the Germans, many inmates complained about the esthetic look of the camps. The government took those complaints really seriously and started to improve the ergonomics of their prison to make them more suitable.

In the beginning, prisoners didnt have much to do in the camps except to talk, play football or hockey on the frozen ice rink during winter, but later during the war, they started to be put to work in factories near their camp or helping farmers in their fields to replace the men gone to war. Some prisoners even started their own theatre companies, orchestras and some even built their own zoo. In October 1941, a Toronto journal even published an article criticizing the system, saying there was no need to keep the Nazis is complete luxury. 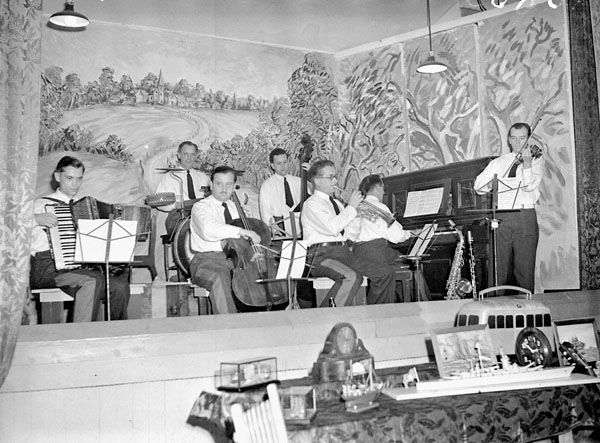 Very few prisoners died during their detention. Officially, in total, 137 inmates died of the 37,000 total prisoners of war, due to 3 major factors. Most deaths were related to health conditions like cancers. About 5 of them were hanged for murder on other prisoners and the other ones died in work accidents, like getting crushed under a falling tree while working as lumberjacks. Many historians think some of the work accidents were murders committed by other prisoners or guards.

The life in camp was a relief for some and a threat for others. Quickly, the prisoners started organizing a hierarchy led by their military rank. Officers were often placed in separate camps to prevent them from leading and influencing the other soldiers. In the same idea of organization, tribunals were made up in the different camps. The judges were, for most of the time, the higher ranked men. Those clandestine tribunals were reviewing each prisoners past in the army. The goal of this investigation was to spot the men that gave up only because they were tired of war. If they were accused of abandonment, they needed to prove the jury that they didnt lose the will to fight. The ones judged as deserters were simply executed during the night or were forced to go try to climb the fence if they didnt want to suffer, they were obviously shot by the guards. This technique had the goal to create a feeling of fear in the army to motivate the soldiers to keep fighting to the end or else their fate was going to be worse. 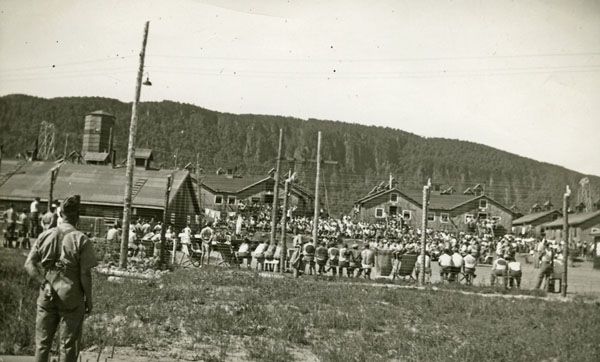 The hierarchy wasnt put in place only to judge the different prisoners, but also to organize escapes to help soldiers get back to Germany. These escape plans were supported by some locals part of what was known as The Fifth Column. This organization had a goal to help the Axis win the war by doing field reconnaissance, spying industries and military bases. It was made up of different people which had one point in common, they shared the Nazi ideology. The first suspected to be part of it were families of German descent, but they were rarely part of the organization. One of their primary missions was to help keep a good communication between the German prisoners and Berlin.

One of the most well-known German escapes on Canadian soil happened in 1943 in Bowmanvilles camp in Ontario and was designated as Operation Kiebitz. It was one of the first missions of this type, fully prepared and piloted from Germany. The commander in charge was Otto Kretschmer, a U-boat commander, who dug a 300 foot long tunnel with his men leading outside of the barbed wire fences. A U-boat was then supposed to pick them up and bring them back to Germany. Unfortunately for them, the tunnel collapsed and even as the submarine officer Wolfgang Heyda escaped successfully, the submarine wasnt at the appointment and the prison guards rapidly caught him.

ideology
A collection of principles and ideas of a certain system.
Nazi
Abbreviation of a national socialist.
U-boat
The German name for a submarine. German U-Boats (Submarines) played a very important role during the course of warfare until May 1943. Many cargo and passenger ships were torpedoed and sunk by these assassins of the sea.

Because the prisoners were receiving a good treatment, no one really complained against the authorities. However, one particular case happened in Bowmansville camp. Due to the high tension between Germany and the United Kingdom in 1942, the British government asked the Canadian government to handcuff all their war prisoners. The inmates didnt appreciate these new measures and they began to barricade themselves in the camps building. One prisoner was shot and more than a dozen guards were wounded in hand-to-hand combat. From that event on the Canadian government would stop listening to the United Kingdoms orders and would manage their camps by themselves.

While more than 35,000 German and Italian prisoners were kept far away from the war in prison camps, many other thousands of innocent civilians were forced to leave their houses to go live in internment camps. In 1942, more than 20,000 Japanese Canadians were transferred to these camps, and about the same number of German Canadians. These internments were to reduce the risk and fear of enemy spies or members of the Fifth Column. In total, about 26 officially known internment camps were founded by the government. The internment prisoners had more liberty than the war prisoners, but were also submitted to forced work and couldnt leave the camps unattended. These measures were legal due to the War Measures law, voted during World War 1. This law allowed the government to intern anybody only for being a potential enemy spy. Many cases of racist and sexist internment happened during this time.

The Second World War ended on September 2nd, 1945. The last prisoners were released at the end of 1946. The civilians in internment camps were given back a property to go back living normally. Unfortunately for them, it wasnt always the property they had before the war, most of it having been sold. The prison camps inmates were sent back to their native country even if many of them decided to permanently immigrate to Canada, since their homes were in ruins and satisfied by the treatment they had while being a prisoner. In 1971, the Canadian government transferred the corpses of the 137 German war prisoners that died in the camps to a German war cemetery in Kitchener, Ontario. The ceremony was done with great respect. The soldiers families were invited to the ceremony to finalize their mourning. 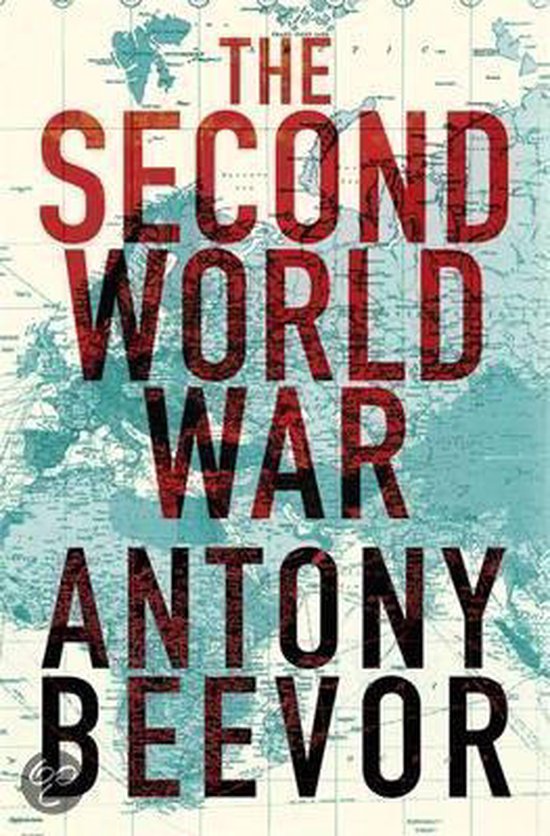