How was Christmas celebrated and experienced during 1944, the last year of World War II? This question is answered in the newly published book Christmas under Fire, 1944, written by the Dutch WW2 expert Kevin Prenger. 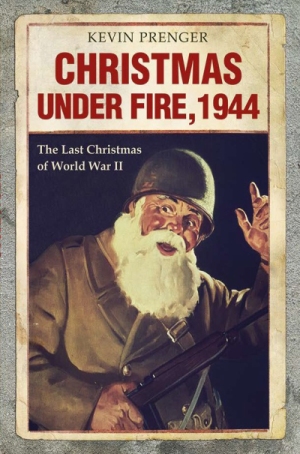 Bastogne in Belgium, Christmas 1944. Plagued by biting cold and the nerve-wracking sound of exploding mortar bombs, American soldiers sang Christmas carols. They ate their meagre rations, yearning for well-laid Christmas dinner tables and roasted turkey. On the Eastern front, German military assembled to listen to Christmas music on the radio, if they had a little respite from the bloody battle against the advancing Red Army. After reading the latest mail from Germany, they wiped away their tears, thinking of their families back home.

In liberated Paris as well as in other European cities, Christmas was celebrated no matter how limited the circumstances may have been. In the major cities in the western part of the Netherlands, occupied by the Germans, civilians scraped the very last bits of food together for a Christmas dinner that could not appease their hunger. POWs in camps all over the world looked forward to Christmas parcels from home. Even in Nazi concentration camps, inmates found hope in Christmas, although their suffering continued inexorably.

Christmas Under Fire, 1944 describes the circumstances in which the last Christmas of World War II was celebrated by military, civilians and camp inmates alike. Even in the midst of wars violence, Christmas remained a hopeful beacon of western civilization.

About the author:
Kevin Prenger (1980) is a Dutch writer of World War II history. In addition, he is chief editor of an online encyclopaedia and guide to sites related to war history, TracesOfWar.com, a project of the Netherlands-based STIWOT (Foundation for Information on WW II). He also contributes to the history website, Historiek.net, and has written articles for the Dutch magazine, Wereld in Oorlog (World at War). Christmas under Fire, 1944 is the second of his books translated into English. War Zone Zoo (published in 2018) tells the story of the Berlin Zoo during WW II. 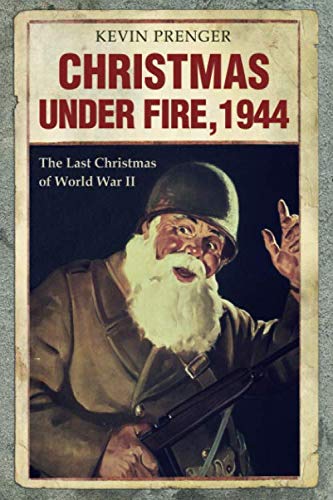