Lieuitenanat pilot/observer Künzel was pilot in command of the T-V 854 on a mission of three T-Vs (escorted by D-XXI fighters) in the direction of Waalhaven, which was to be bombed. Right after dropping their bombs, the three bombers were attacked by German fighters and T-V 862 and T-V 854 were shot down near Oud-Beijerland (Hoekse Waard). All crewmembers except conscript Sergeant Hartog aboard T-V 854 lost their lives. 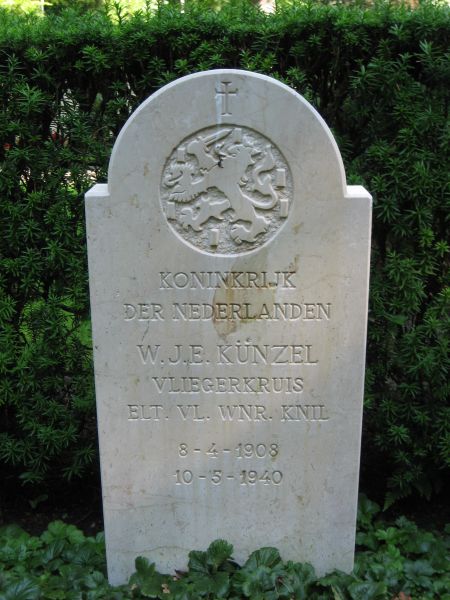