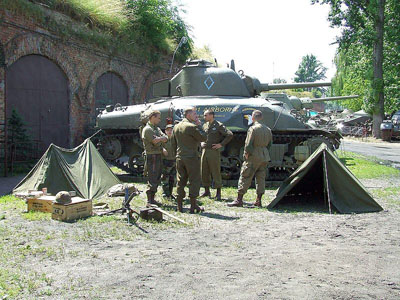 Fort IX was built in the 80s of the 19th century as component of the Warsaw fortress. It played an important role in the defence of Warsaw (1939) as it was heroicly defended by the 2nd Bataillion of the 260th Infantry Regiment against the German army. The Germans eventually took the fort on 25 September 1939. The defenders lost about 20 men. During the Warsaw uprising in 1944 it was again scene of ierce fighting.