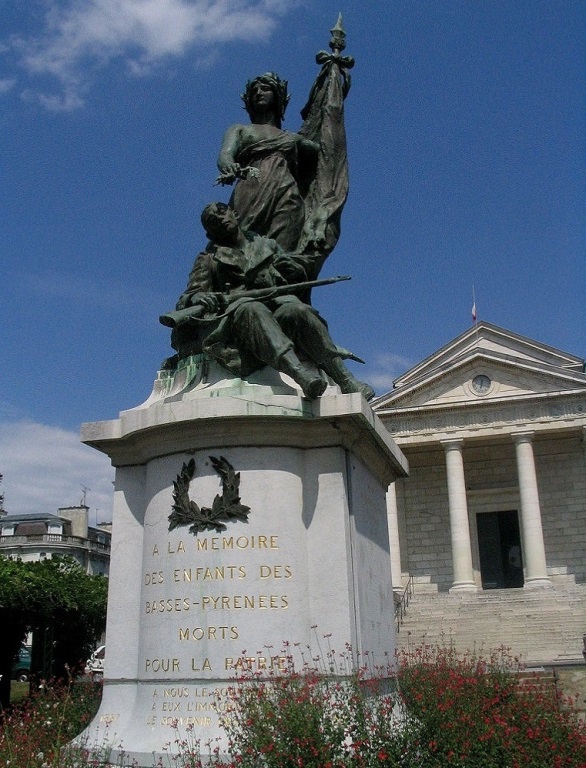 This memorial (Monument aux Morts) commemorates the residents of Basses-Pyrénées who gave their lives in wars between 1830 and 1962, including the Crimean War, the Franco-Prussian War (1870-1871), the First World War and the Second World War and the wars in Indochina (1946-1954), Korea and Algeria (1954-1962). It also commemorates the conflict in Chad and the war in Lebanon.