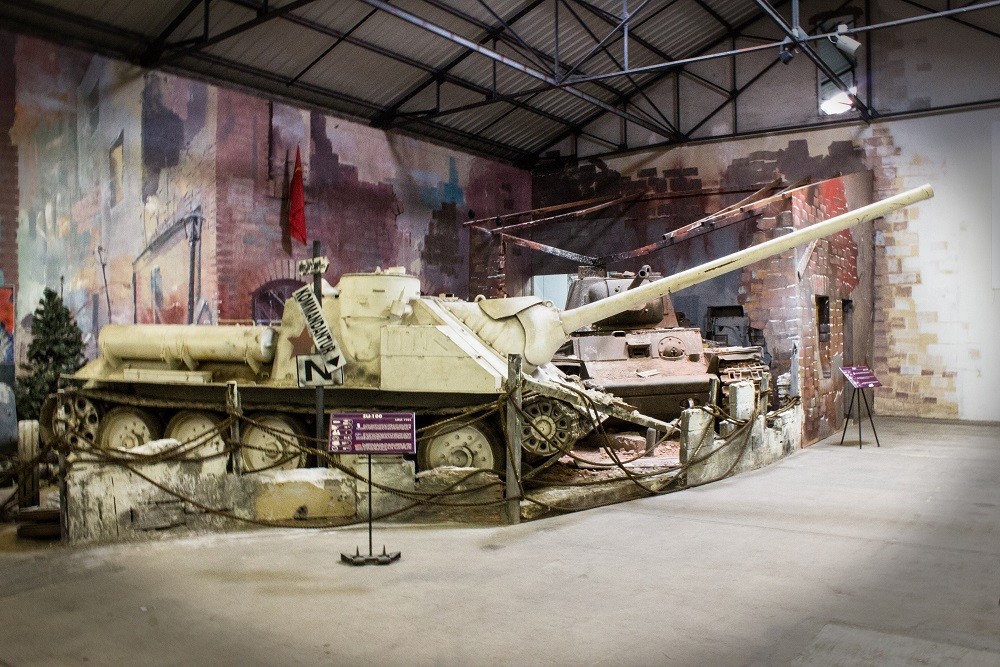 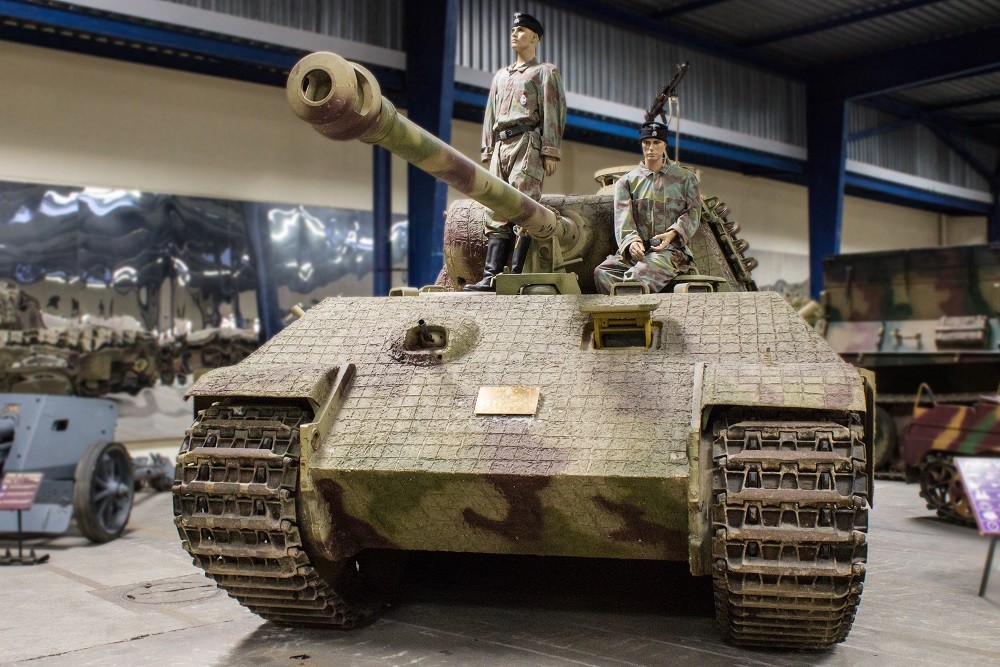 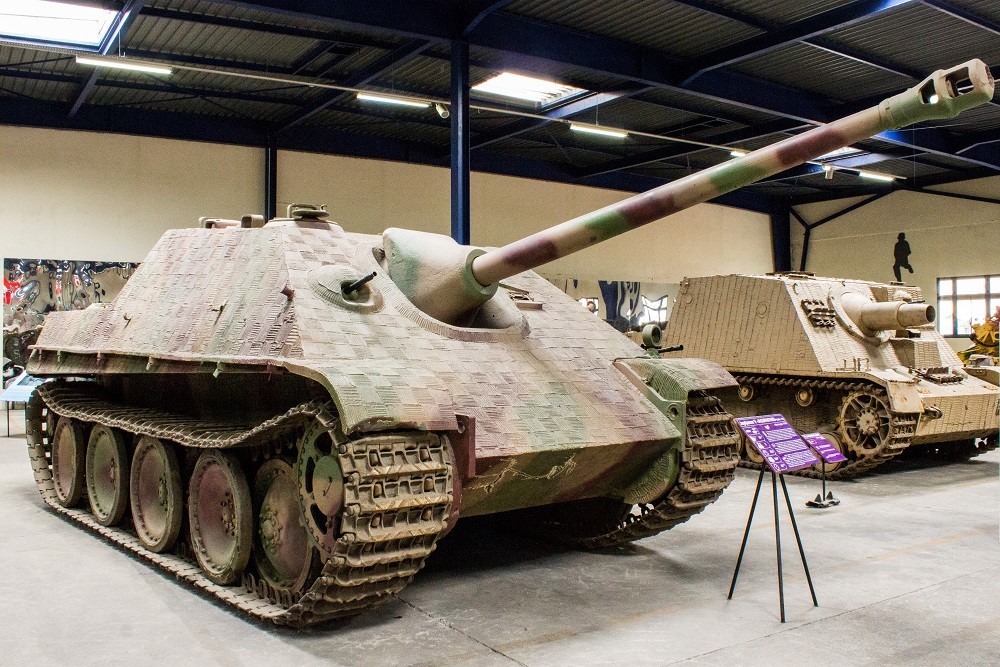 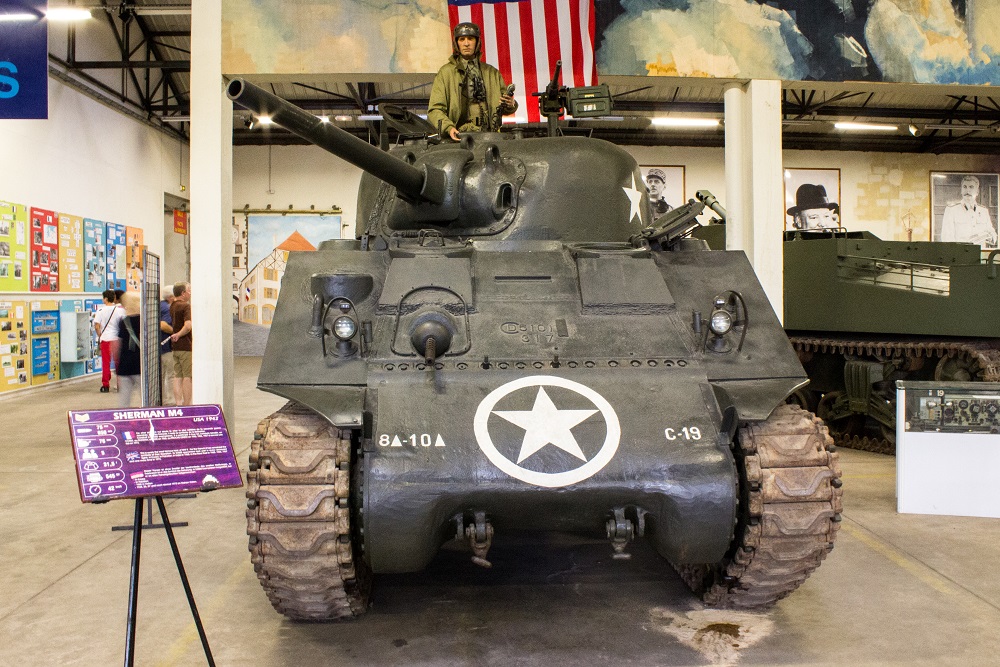 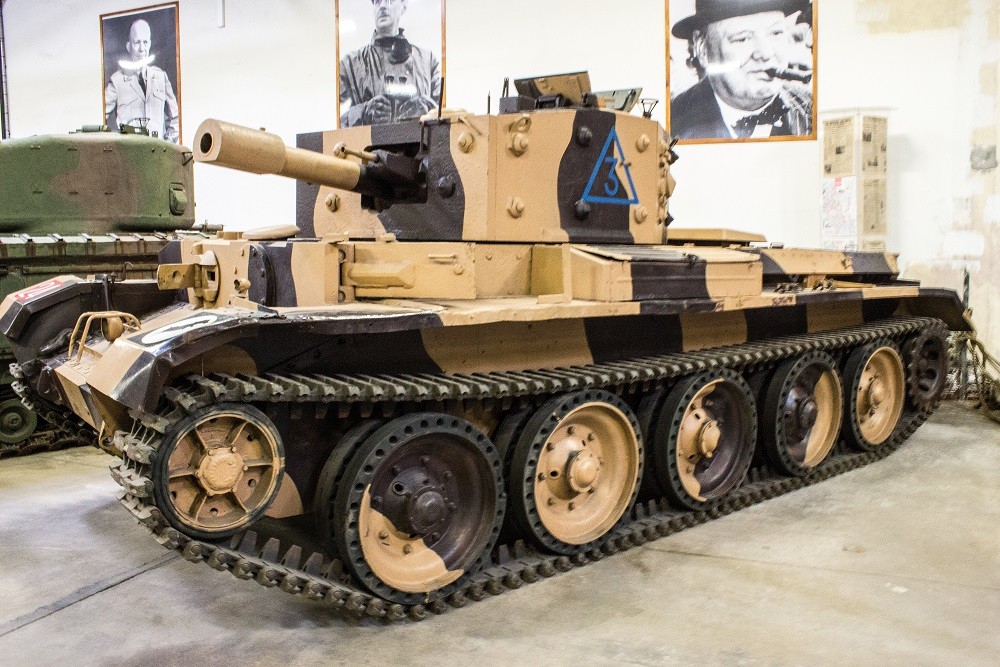 The museum displays an amazing section of WW II vehicles. In it, the equipment is shown by countries.

For France, the collection is almost totally full with the AMD 178 and AMR 35 armoured cars, the FCM ( Forges et Chantiers de la Méditérannée) tank, the Renault R35 and R39 tanks, Hotchkiss H35 and H39 tanks, the famous SOMUA ( Société d' Outillage Militaire et d' Usinage d' Armement ) tank which, thanks to its fire power and mobility, was a real match for the German panzers and the B1Bis tank which partly equipped General De Gaulle's 4 th Division Cuirassée de Réserve at Moncornet on May 17 th 1940 and later during the Abbeville counter attack.

For the USA all the tanks involved in the North African campaign, the Italy campaign and the D-Day landings and the subsequent battles towards Victory in Europe are to be found : the Lee Grant, Stuart, Sherman (in its many versions) tanks, the Tank Destroyer, the M8 and M20 armoured cars.

For the UK most of the models used both in Northern Africa and Europe are on exhibition : the Cromwell, Centaur, Mathilda, Valentine and Churchill tanks.

The German collection is enviously looked at by all tank museums worldwide and especially by the Germans, as it is practically complete : Panzer II, III an IV, Panther, Jagdt Panther. Tiger I, King Tiger ( the only one known in working order ) and the various Flak Panzer, recovery Panzer, Armoured cars, tracked troop carriers are on display.

And of course the Soviet Union is well represented by its period tanks with first of all the T34. 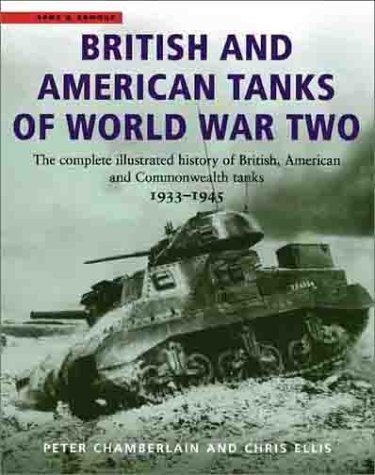