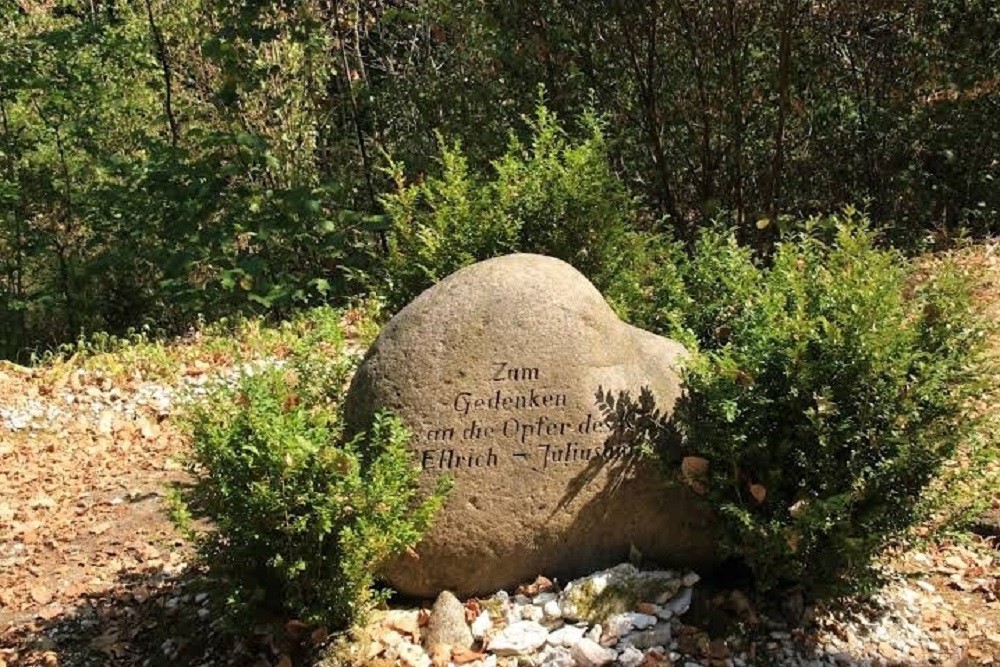 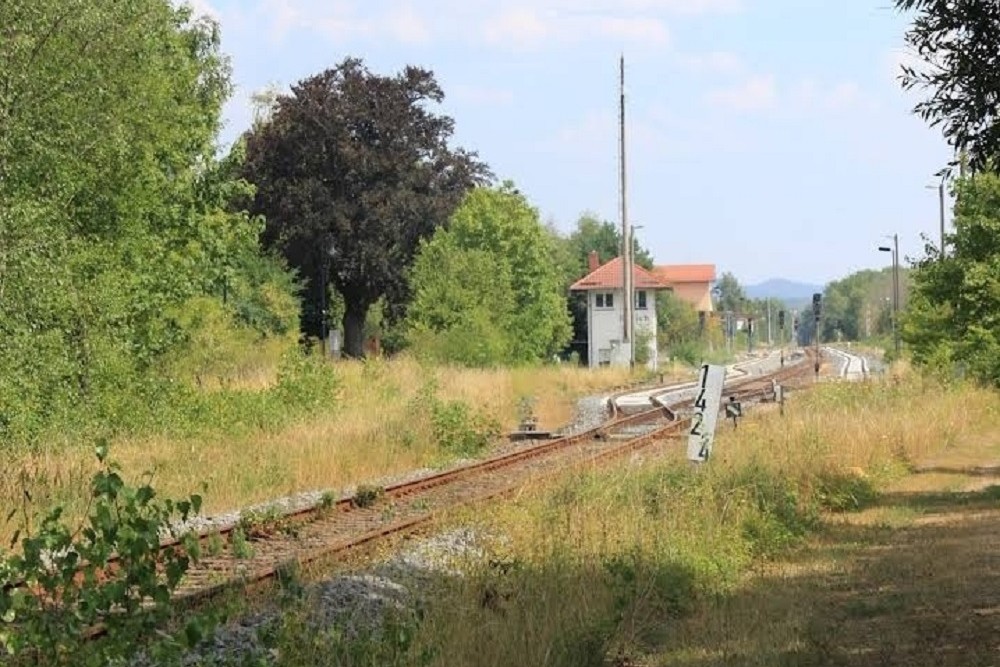 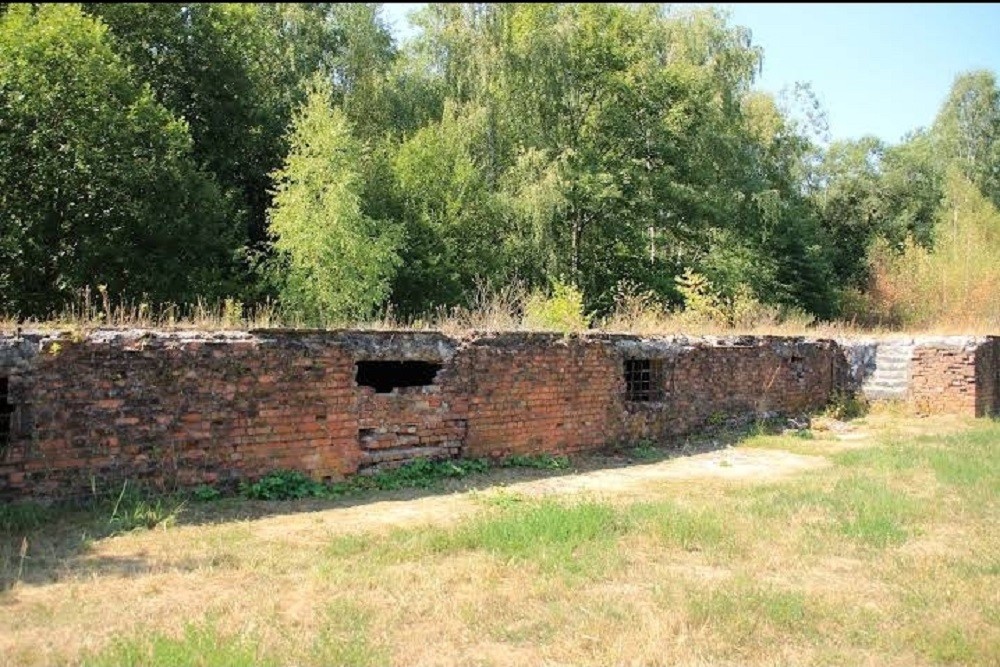 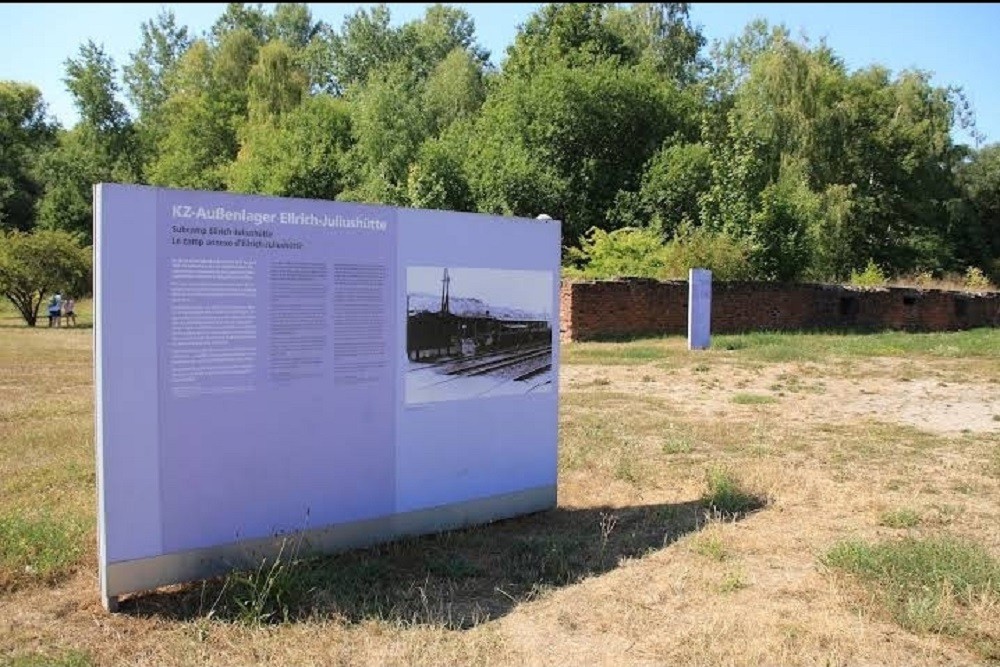 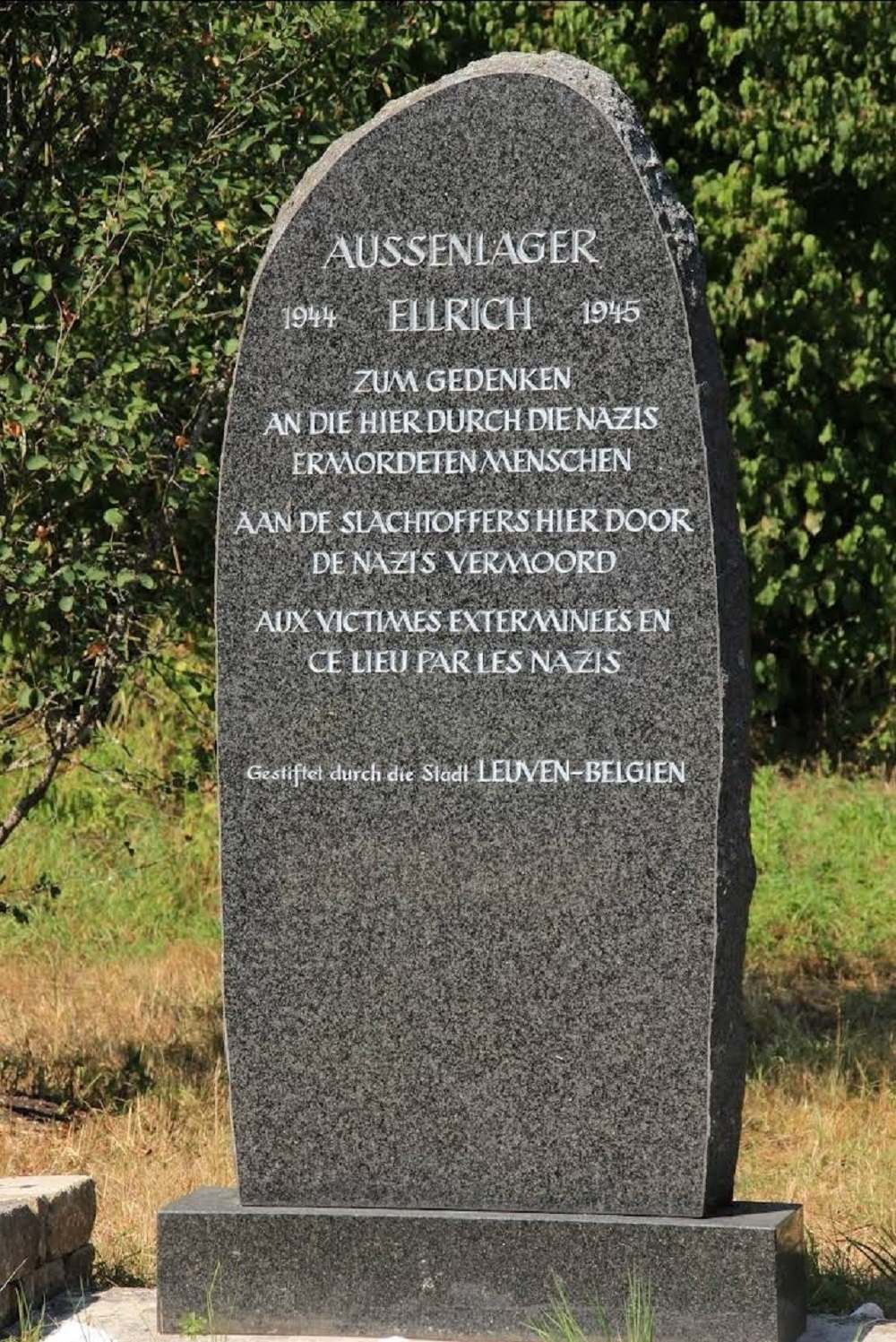 Memorial stone KZ-Außenlager Ellrich-Juliushütte
The Ellrich-Juliushütte satellite camp was used for an average of 8,000 prisoners from 2 May 1944 to 6 April 1945.
Initially intended as a subsidiary camp for the Buchenwald concentration camp, but as of November 1, 1944 as a subsidiary camp for the Mittelbau concentration camp.
The camp was set up at the place Ellrich. The prisoners were housed on the company premises, there were old buildings of the old plaster factories.
The camp had several names during its use; first "Erich", from June 1944 "Mittelbau II".