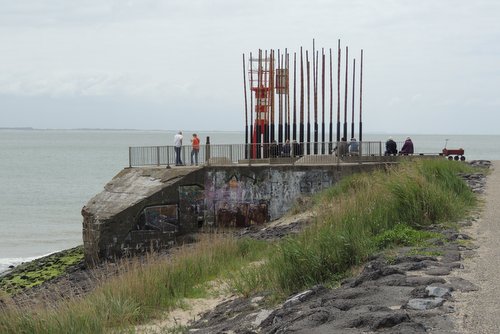 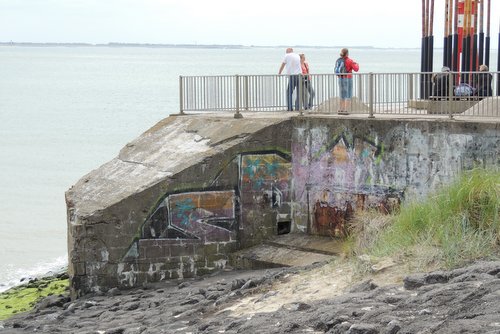 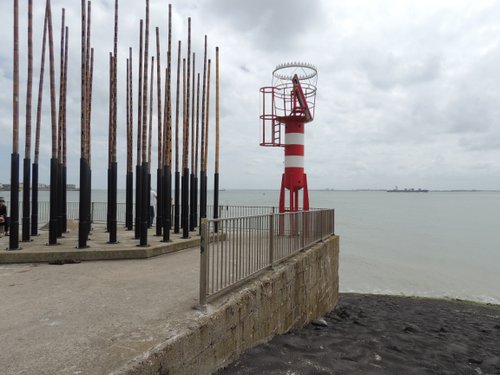 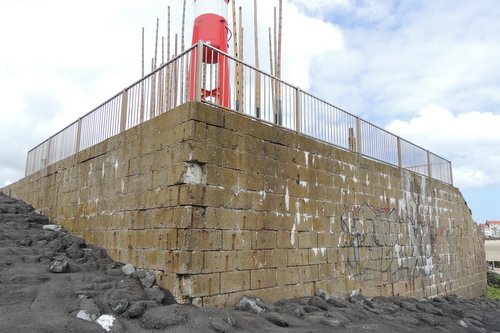 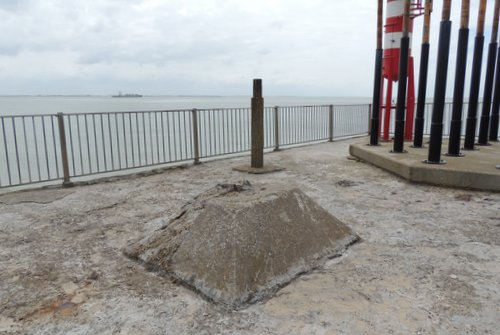 The German occupiers built in 1942 along the coasts of Walcheren a number of defenses (Verteidigungsbereich Flushing). The purpose of this defenses was to cooperate with the 'Stutzpunktgruppe Breskens' defense to protect the Westerschelde against an allied invasion.
In the area of Vlissingen, there are 7 bunkers. Two of these bunkers are located on the Boulevard of Vlissingen that served as Evertsen command post ('Seekommandant Sudholland'). Those were a fire leading bunker of the type FI 241 and a 'Verstarkt Feldmassig' bunker. There were also 3 'Kustenverteidigung' bunkers that served as a ammunition bunkers.

The 636 Stp Hohenstaufen bunker can be found at the head of the Nollepier. During the war, there are only two bunkers built of this type. This bunker fired into the direction of the Boulevard.

The pipes on the are attached to the bunker is called a "Wind organ". It is one of the three wind organs in Europa and is a unique monument. It is created by the Brussels Mass & Individual Moving.
The organ has bamboo-made pipes with holes in it. When the wind blows, it created different sounds.