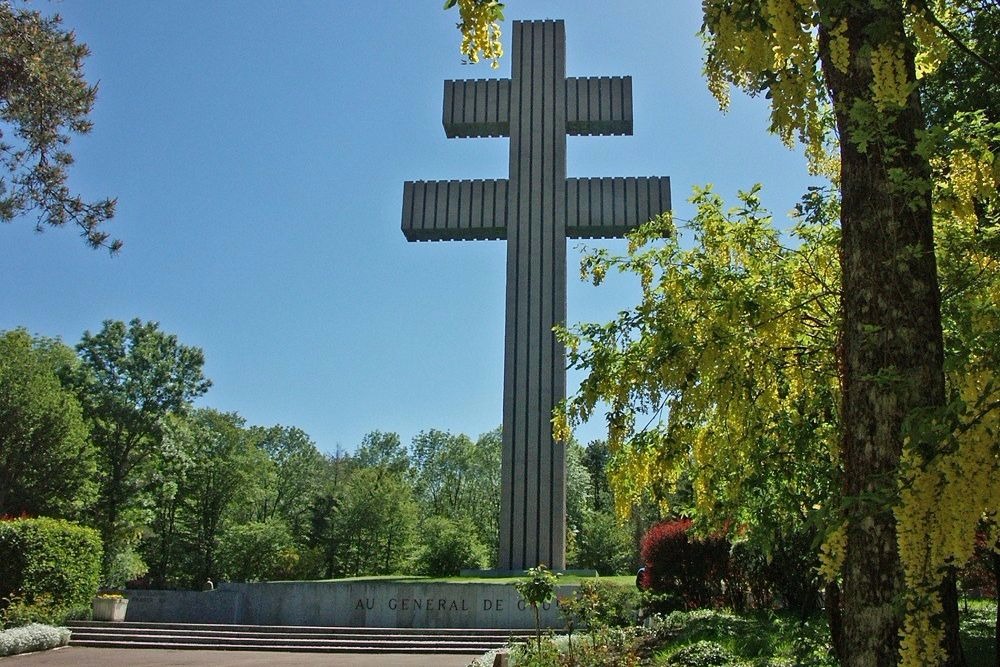 This monument, a Loranne Cross of 44 meters, has been erected in memory of Charles de Gaulle who was during the Second World War the head of the French government in exile and appeal the French people to resist the Germans after the defeat of 1940. After the liberation of Paris in 1944, de Gaulle established his new government. In 1946 he resigned. But in 1959, he where again the president of France for 10 years. On the 9th of November 1970 he died in Colombey-les-Deux-Églises at the age of 80.